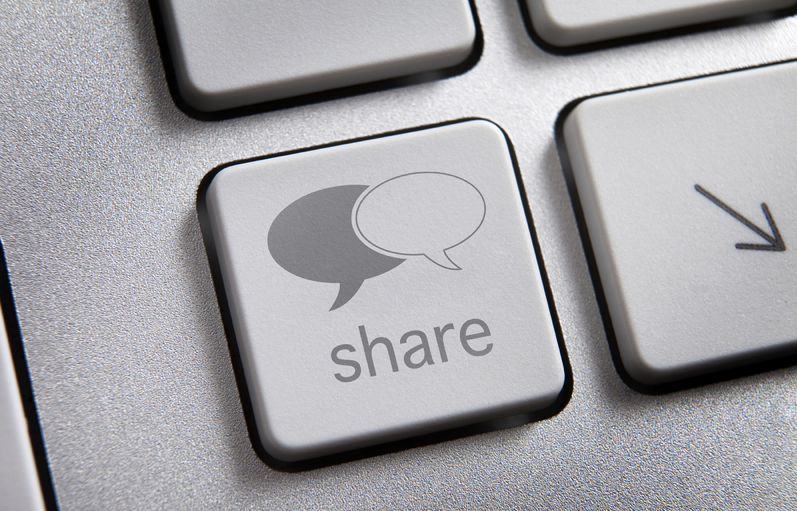 Paul Berry knows a thing or two about content on the Web. As the CTO at The Huffington Post, Berry was credited with developing the company’s SEO and social network tools. Now he’s trying to replicate his success at RebelMouse, a content-management system built for the social world.

RebelMouse connects your social networks to create a dynamic homepage that changes as you add tweets, status updates, Instagram pictures, Tumblr reblogs. It takes the content from your feeds but also lets you publish straight from the platform. In a way, it’s like a social aggregator, but you can add content, edit headlines and position stories where you want them to reside.

For an individual or a brand — because, let’s face it, brands are publishers, too — having the ability to produce content from one site is much easier than going to all of your sites and cross posting. RebelMouse’s aim is to make the process easier. Brands such as GE and Oakley are already using RebelMouse to present their multifaceted messages to the world. In Berry’s future, RebelMouse serves as a user’s — an individual’s or company’s — social front page.

Digiday spoke with Berry about the challenges publishers face in today’s landscape, as well as how publishers should approach technology and social media.

What’s the biggest challenge publishers face in today’s landscape?
Tech is a difficult one to get right. Publishers are struggling more than they need to or should be. The future is that, and this is where RebelMouse falls into place; you should be able to work on your voice, work on your writing and community and engagement. I don’t think you should work so hard on failing on your tech. There are more solutions to make level ground. People are dying to read and engage on the voice. Publishers that are doing well are the ones finding and expressing their voice. The ones that struggle struggle with tech and being objective built in their DNA. The world isn’t more interested in being objective and more interested in being clear about their voice.

Why is being objective bad for a social era?
The way we consume news is changing drastically and we are accustomed to getting to the source of any story almost if not literally at the same time as we get to the story itself (photos from the Hudson crash, etc). So the reporting of the factual events has been commoditized and crowd sourced. What people want now is to follow voices that resonate with their world view to enjoy and engage with the events that are happening in a way they like. This is part of why blogging was and is so vital to The Huffington Post, because it was someone’s voice that they could attach a name to. Very small groups of reporters in big news organizations are gaining more followers on social networks than the organizations themselves. I believe a larger “objective” is possible and perfect for a social world where strong views and voices from opposing sides are curated together to show as many views of the object through as many quality lenses possible.

How does a publisher find the balance between creating its own technology and using a third party?
I hope over time RebelMouse becomes a solution that levels it a bit and have the voice and audience with tools editors love to use. Part of our advantage at The Huffington Post was that editors would see tools we used, and they loved them, compared to stuff they hated. Right now, my advice to publishers is that you do have to figure out. Part of what I’m racing toward is providing publishers with tools the community loves and engages with.

How should publishers approach social?
There’s a combination of things they have to approach. One is on the content side. They should be thinking about what people want to share. That’s incredibly important. Learning from those is as important as having a hunch to go with it. In the old model, you do your piece and submit, and that’s done. In the new world, life begins when you publish. The fun thing from a journalism side on social: It’s an incredible world for getting new facts, opinions, and the story should be more alive than in the past. This is the most important things for publishers to grasp. On the tech side, there’s some complex things like the injection of the social graph. Facebook is rolling back frictionless sharing. That was modeled on the successes of The Huffington Post. But it missed the point. You don’t bug 500 of your friends every time you read an article. That tech we built is hard to build and scale at the right level. The logic isn’t that complex. RebelMouse is enabling that social news can be democratized, so publishers can have a voice and a community can be active with you there.

Should publishers be trying to monetize social?
They have to do it carefully with the right rules. If they have a big social engagement, then there are a bunch of paths to monetize. Sometimes it’s through display. All this time and effort on social should mean not just traffic but also dollars.