What publishers want from platforms in 2023 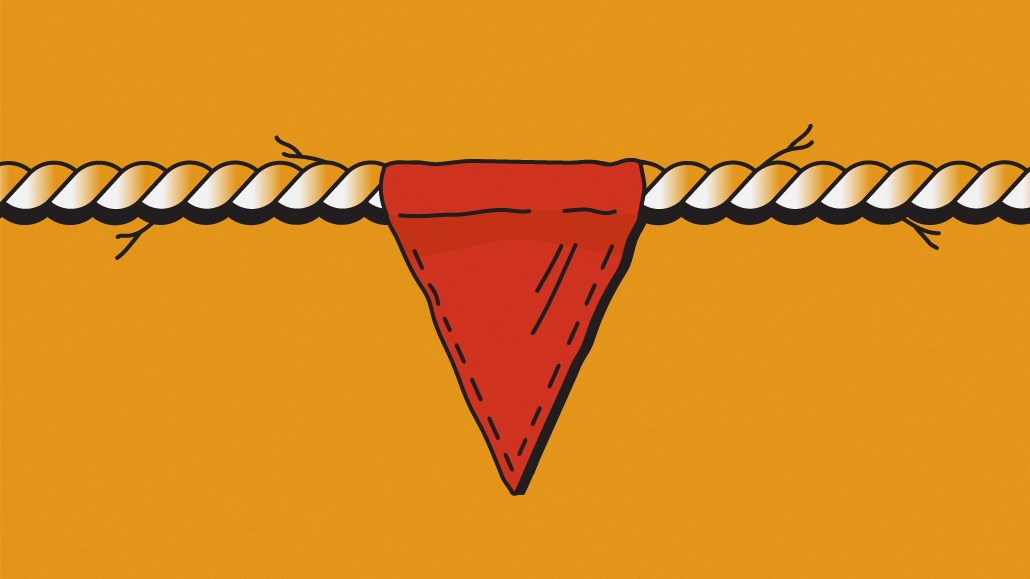 Publishers and platforms have tumultuous relationships.

Rather than a symbiotic relationship, however, the balance often swings in favor of the latter, causing publishers to flail in the unanticipated wake of platforms’ algorithm changes, prioritizations of certain content or formats, and even their threats to remove news in response to regulation via congressional bills.

But it seems that one cannot survive without the other, so in the spirit of the holiday season, Digiday asked publishers what they’d wish to see from their platform partners in the new year to help feel more stable, supported or simply just make their jobs as content creators easier.

“I would like for a big platform to come and buy us.” — Anonymous media executive

“[I would like to see more] funding of original content, mediating and matching between publishers/brands and an expansion of interactive programs. Also more platforms leaning into a similar model that Snapchat Discover has built for publishers.” — Joe Caporoso, president of Team Whistle

“Where’s Twitter going? What’s the long term, six-month view? I think most publishers have to be thinking about that. That’s top of mind. We get a lot of people coming to our journalism that way. [If] someone had a crystal ball [showing] what happens to Twitter in six months, that would be my [wish].” — Anonymous media executive

“[I want] the ability to edit and publish via desktop.” — Wesley Bonner, head of social and audience development at BDG

2. More respect as a partner

“Meta is frustrated with the news business and focused on TikTok and VR. Google faces a massive threat from Chat.gpt, a service that absorbs journalism but doesn’t direct readers to it. Twitter has concerns of its own. All three platforms will have temptations to cut media off. Given all this, what we need is transparency as well as fortitude from the people inside these companies who know how important the media, and journalism is to the Open Web. They have to build, or maintain, systems that direct readers to the things they want to read and to publishers that created that content. It’s a tangled, but long mutually beneficial, relationship that I hope stays strong.” — Nicholas Thompson, CEO of The Atlantic

“We publish quite heavily on Facebook and Instagram, both the Meta platforms, with various content types — everything from link posts [to] images [to] videos. Mid-year [they] drastically changed their algorithms to promote video first. Being a publisher that’s dividing our resources and creating a lot of different types of content, that would have been a very important heads up that I don’t think we got. The shift was so drastic, we weren’t as prepared as we could have been for the volume of video that we needed to maintain the same reach and engagement from our platforms. We’ve pretty much quadrupled our [short form, vertical] video output on the platforms. ” — Bonner

“Publishers are the right people to give that heads up to because we’re creating every type of content for the platform.” — Bonner

“I [want platforms] to continue to appreciate that they’re not content creators [and] they don’t have studios like we do.” — Anonymous media executive

“I think that they should embrace our content and what we do, both editorially and for advertisers more.” — Anonymous media executive

“[I would like to see more ways to] alpha and beta test new solutions and products, realizing that we all share this ecosystem together and we all have our respective lanes.” — Anonymous media executive

“The Google outage that happened a couple of days ago obviously hurt some publishers. That wasn’t ideal, but I do think they fixed it quickly and they were communicative about it.” — Anonymous media executive

“As a social media manager, I am having to [edit and post videos] five or six times [in a day]. It’s quite cumbersome to be able to do that at scale when you need such a high volume of video. I’m speaking on behalf of all social media managers in the world, the ability to do that on your computer would be a huge help to someone like a publisher who’s trying to do as much content as possible on as many platforms as possible.” — Bonner

“All the tools for publishing and editing should be equally accessible across both mobile and desktop versions of social apps to give as much flexibility to social programmers and producers as possible. Also a continued investment in built-in cameras and editing features on mobile for social producers on set would be welcome.” — Caporoso

“[Twitter] wasn’t a priority advertising platform for us to begin with, to be completely honest, so for us right now, it’s just really still communicating with our audiences. We were very successful with Twitter Moments … our strategy on Twitter is to be a part of culture and drive cultural moments on the platform. Twitter Moments have gone away in the last few weeks and so that’s something we are very passionate about [and] hoping comes back because I think the audience is too.” — Bonner

“I think Instagram has a five account limit, which seems like a lot, but we have 11 brands in our portfolio and each of them have five to 10 social profiles. So in that sense, having to log out of one account to log in another to then do a two factor verification to get in … that part is cumbersome and it’s all happening on your phone.” — Bonner

“We’ve seen the cost tick up on [Meta’s platforms], not ticked down, which obviously from a publisher standpoint affects the way that we price our products to our advertisers. I don’t think the prices have gone down because of the influx and viewability of ads on [Instagram].” — Bonner.

“CPM volatility is a perpetual (and mostly unavoidable) challenge for publishers and platforms. Transparency on quarter to quarter outlook would be helpful for planning and supplementing CPM slumps with paid programs to infuse new content and talent on the platforms would be a good way to limit the peaks and valleys somewhat.” — Caporoso

“[I would like for them to] provide more affordable or cost efficient outlets on their platforms to distribute content that we create, [as well as] more innovation to bring publishers in under the tent.” — Anonymous media executive

“We have a very large audience on Snapchat and, while we work closely with them, I’d love to see more ad innovation and [work] with them on the publisher side [about] how we can take that out into the market to our clients. The number of ad types is more limited, comparing it to Meta.” — Bonner

“Any programs that offer paid support to invest resources into testing new products will be taken seriously by publishers. It would be encouraging to see an influx of these programs that also come with a higher volume of two-way communication between the platforms and publishers to help optimize performance as the testing is rolled out.” — Caporoso

“We want to be first to everything, whether it’s an emerging product or an emerging content type, we want to be the first to try it out, especially if something is designed to benefit a publisher to drive traffic to back to our site, or to build up a large audience or following on on a particular space. We want to try it and so when we’re able to leverage credits or incentives to participate, we’re pretty much always down to experiment and see if it’s something that is viable, long term or scalable for us.” — Bonner

“A boost in algorithm placement via new tool utilization is a strong value addition to publishers.” — Caporoso

https://digiday.com/?p=480705
Most Read
Trending in Publishing in the Platform Era
Digiday Top Stories