Anonymity No More?: Randi Zuckerberg thinks that online anonymity should not be allowed. She claims that this would help curb cyberbullying by making people identifiable by their real names and therefore accountable and hopefully more respectful. Hmm, that’s a nice thought, but Facebook already requires all members to use their real names and email addresses when joining, and, as we all know, that doesn’t stop people from making hurtful or distasteful comments on the site (remember people’s FB statuses regarding Japan’s World Cup Win?).  Furthermore, people who want to get around these restrictions will with fabricated email addresses and names. Also, Randi is forgetting the many instances in which anonymity is necessary for personal protection; for example, when reaching out for support online regarding sensitive personal matters or political issues. As Facebook’s marketing director, you can’t help but wonder if Randi has other (financial) motives in mind. HuffPo

Tweet of the Day: Congressman Billy Long apologized for an insensitive remark he  he posted on his Twitter  account comparing America’s debt crisis to the late Amy Winehouse’s fate. The tweet read: “No one could reach #AmyWinehouse before it was too late. Can anyone reach Washington before it’s too late? Both addicted – same fate???” Too soon, Billy. Jezebel

State of the Web: Here is another state of the web roundup, but this one comes in fun, comic form. The Oatmeal 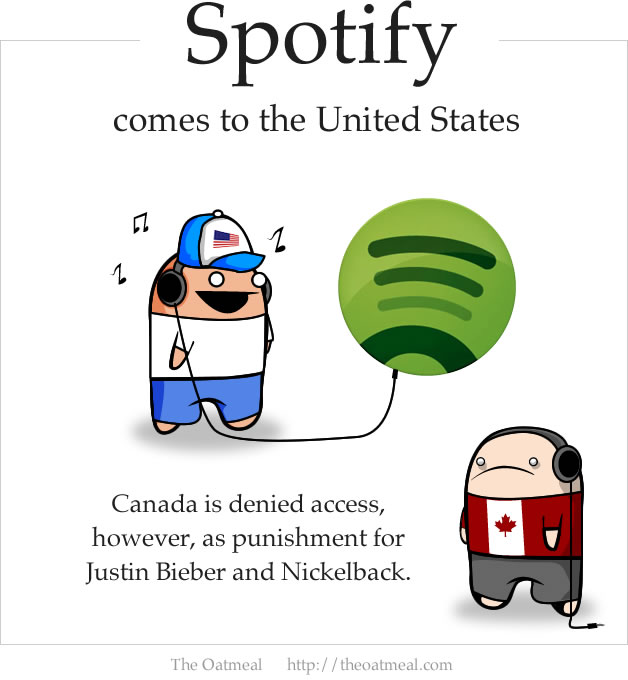 Not Helvetica: I know Helvetica is the font of choice for all cerebral aesthetes, but did you ever stop to think about how the other typefaces feel? Here is a note from dear, old Comic Sans. You know, that font you used to love to make WordArt with for fun signs and homemade cards? McSweeney’s

Website of the Day: Here are famous works of art with the main subjects replaced by marching ant lines. You’ll see what I mean. Anothersight