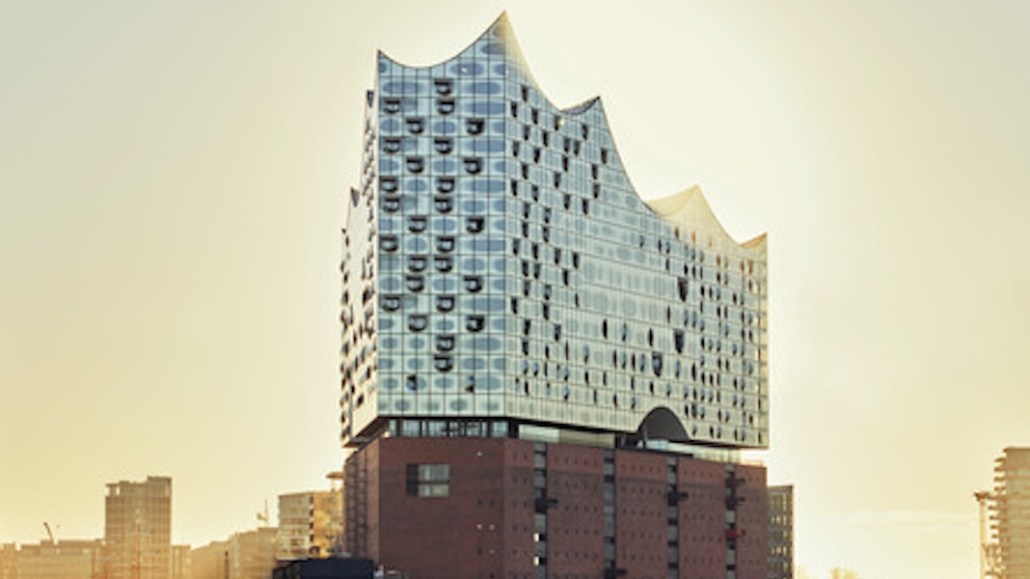 The Washington Post is launching an augmented-reality series today, the start of a push into AR-enhanced storytelling this year.

The first series uses AR to let people explore innovative buildings around the world, starting with the Elbphilharmonie concert hall in Hamburg, Germany, whose structure lets visitors hear and see the same thing no matter where they sit. Readers can access the story on the Post’s app on iOS devices, then point their smartphone’s camera at the ceiling of any room they’re in and tap play. The real ceiling is transformed into the concert hall ceiling while an audio narration by Post art and architecture critic Philip Kennicott plays. Users can also tap a prompt to read an accompanying article by Kennicott.

With AR’s obvious application to visual stories, Kennicott said there’s a question of whether AR will replace the need for critics like him. To him, the answer is that AR can enhance, rather than replace the experience, and hence make criticism more interesting and relevant to readers. “It’s a great way to get people a lot more than what they’re getting from a photographer or video,” Kennicott said.

The series will continue with at least two more installments through the end of the summer. The Post hopes to do around six AR series total this year and plans to expand the AR stories to Android and its Rainbow app.

The Post deliberately started small, with the first video in the series only running about 10 seconds, said Joey Marburger, the Post’s head of product. “With that quick experience, you get more out of the story,” he said. “But we didn’t want it to be the only way you can experience the story. We didn’t want to overdo it.”

Audi is sponsoring the series. Its first ad will appear as a visual, and future ads will take the form of AR branded stories in upcoming installments.

AR is still a new experience for most people and requires prompts to get people to try it. It also doesn’t make sense for every story. But the Post made it a priority this year because unlike virtual reality, it’s less expensive, doesn’t require a headset and advertiser demand is there, Marburger said. The series took six people in editorial and engineering to produce, which is comparable to the size of teams it puts on other projects.

Companies are investing in AR, which suggests the potential for more widespread adoption, and when that happens, the Post wants to be ready. The other argument for AR is that it’s a way to keep people engaged with a publisher’s native app, which has higher engagement than a publisher’s website.

“We think it’ll be more widely adopted — you can really see it bubbling up — and we wanted to be at the forefront of that so by the time it takes off, we’re really good storytellers there,” Marburger said.