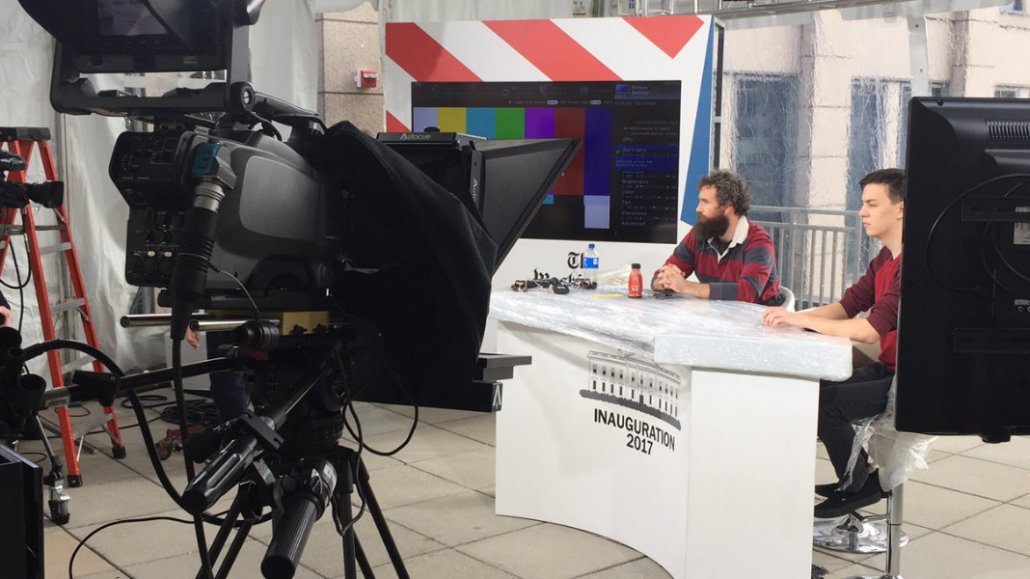 As The Washington Post continues to make investments in video, the publisher is ensuring that its video journalists can handle everything from short-form vertical videos to live broadcasts to longer news documentaries.

The Post has big plans for its video business in 2017. Earlier this year, the publisher opened a new outdoor studio at its K Street headquarters and announced plans to nearly double its video team to 70 people by the end of 2017. Key content initiatives include doing more longer-form documentaries, personality-driven shows, scripted series and even a Snapchat Discover channel. This sort of effort requires video creators that have expertise in multiple types of storytelling and video formats — a skill set that is still hard to find today, according to Phoebe Connelly, deputy director of video for the Post.

“When we were sitting down for open positions and looking at hundreds of resumes, we were seeing candidates who were coming from top news organizations, who had incredibly impressive resumes but were still narrow in their focus and skill set,” Connelly said.

For instance, some candidates who were talented when it came to shooting and editing videos were only familiar with shooting and editing for mid-form videos or a traditional broadcast news package. On the other end, interviewees that had more of a web background could easily demonstrate their knowledge about what kind of video makes sense for Snapchat or Instagram — and understood the audiences that watch videos on those platforms — but did not have the shooting skills required to create those videos.

To fix this, the Post started to cross-train its video team across all of the different video platforms and storytelling formats it focuses on. “Cross-training came out of our realization that the talent that we needed just wasn’t out there,” Connelly said.

The video polymath is a necessity in the current environment, where platforms like Facebook often drive video strategies. One minute the algorithm favors short videos, then long ones the next, then virtual reality.

Today, the Post’s video team is broken down into several different units: There are video editors embedded within desks across the newsroom; a universal news desk, which focuses on breaking-news videos for the homepage, apps and Snapchat Discover; and a third team focused on long-form storytelling. More recently, the Post has also built out an on-camera team for personality-driven shows and a scripted team, which is working with the Post’s opinions desk to create shows.

The Post regularly rotates its video staffers from one group to the next: Video staffers embedded within various news desks will spend some time every month doing shifts on the universal news desk, where they can become more familiar with breaking news and live video. “When they go back to the politics or world desk, they’re taking that sensibility back with them — should something be a quick edit or a more thought-out package?” said Connelly.

The approaches other news publishers take vary. Reuters, for instance, is primarily focused on mid-form and live video within its mobile and TV apps, which means having its producers focus on more traditional video formats. Both Vox and Quartz prize video polymaths. NBC News, meanwhile, has a 30-person original video team that’s organized into several units: an “enterprise” team focused on longer-form features and documentaries, a news team creating shorter breaking-news and human-interest pieces, and a couple of staffers focused on emerging video formats. NBC News also just launched a new 12-person digital studio — similar to CNN’s Great Big Story — that focuses on longer, less newsy and more cinematic storytelling. There is very little overlap between these divisions.

At The Washington Post, the broader newsroom is also getting involved with its video efforts. Reporter David Fahrenthold and other journalists will frequently do video interviews and field pieces, which require working with different parts of the video team. “The idea that maybe we can do a short vertical video piece [for a story] becomes part of their vocabulary and how they pitch story ideas,” Connelly said.

Supporting all of these efforts is a database of guidelines for different video formats and features. Routinely updated, these guidelines cover everything from how to upload 360-degree video to the assets any video staffer needs for publishing short videos to Facebook.

“It’s bananas as an industry if we expect and teach our talent to think, edit and report for a single platform,” said Connelly. “We have to set the expectation that the platform you’re using is going to change based on assignments, months or the audience you’re targeting for the story.”