The Washington Post brings artificial intelligence to its native ads 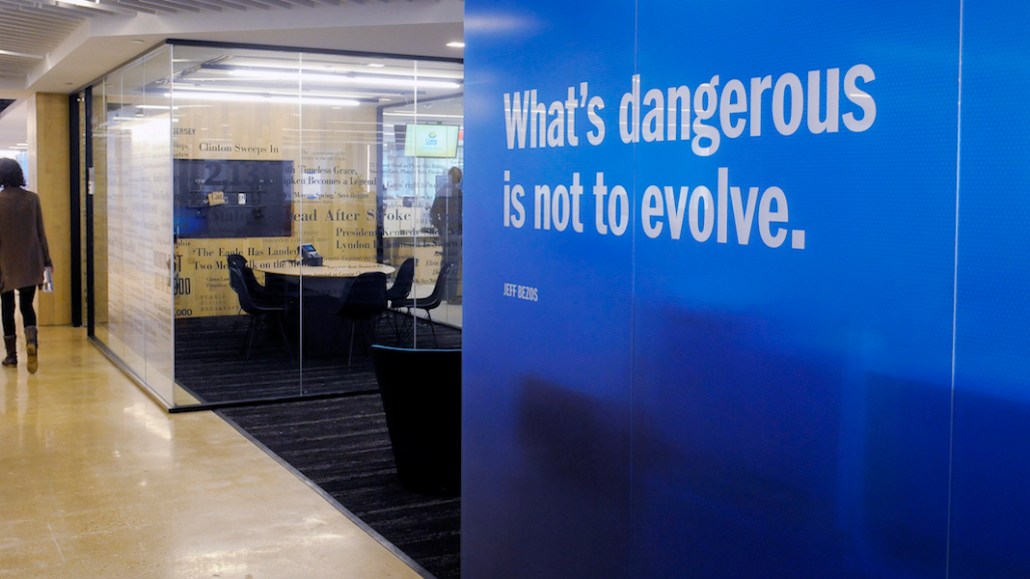 Publishers are running into a wall with so-called native ads. Once seen as the panacea for declining digital ad rates, these ads that are designed to mimic editorial content have turned out to be costly to make and distribute and hard to scale, which makes them a tough sell with advertisers and also eats into publishers’ profit margins. Meanwhile, marketers are also getting more comfortable sidestepping publishers, creating branded content on their own and distributing it themselves.

The Washington Post is trying to solve the problem with artificial intelligence. It built an ad product called Own that lets brands use their own content but promises to improve its chances of being seen and read (or watched) with the aid of Heliograf, a news-writing bot the Post built for the editorial side.

Own works by serving an ad to people based on their past reading/viewing behavior on the site. It uses Heliograf to generate a personalized welcome message, as shown in the mockup below. It’s a form of content recommendation, which the Post has done before with its customizable native ad units called Post Cards, but more personalized.

Jarrod Dicker, vp of commercial product and innovation at the Post, said Own is aimed at brands that don’t want to pay a publisher to build a custom campaign but still need distribution for their branded content.

“There’s a ton of dollars publishers don’t pay attention to because the studios are built to build content that lives on the publisher’s site,” said Dicker. “However, many publishers have ignored brands that already have content and want to syndicate it.”

Creating branded content can be a low-margin business for publishers because of the high cost and labor involved, which seems to keep increasing as clients ask publishers for ads that have the latest features like augmented reality and virtual reality. Other ways publishers are trying to get more competitive is by offering to let them run the publisher-created branded content on other sites and by offering more video and other features, said Tom Blim, partner and chief strategy officer at Group SJR.

The Post’s Own works by automation, which Dicker said should result in 80 to 90 percent profit margins — comparable to the high rates publishers get for display or pre-roll video.

“Not only are margins extremely high, but this can be done in 24 hours turnaround time,” Dicker said. “So this is solving for margins and managing turnaround times.”

At the end of the day, the challenge will be for the Post to demonstrate it’s as good or better than Facebook at distributing branded content by showing it has the desired audience and knows how to make that audience engage with the content, said Andy Seibert, managing partner of Imprint, a custom content arm of branding agency Sullivan.

Another limitation of Own is the quality of the brand’s content in the first place. When the quality is poor or not a fit for the Post’s audience, the Post will be ready to try to upsell the advertiser to use its brand studio to improve on the campaign. “We could say, ‘this doesn’t have a big audience or won’t resonate, and we can make it better,’” Dicker said.