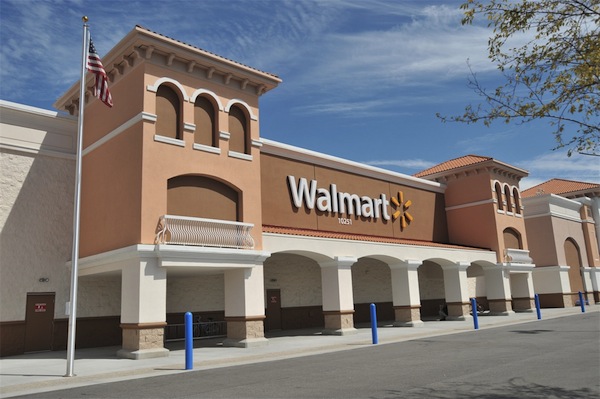 There’s little doubt that Walmart is the undisputed king of offline commerce, as evidenced by its mastery of supply chains. Now it’s testing whether it can extend that into “the next generation of commerce.” That means catching up with the Amazons that rule the roost in the Web world.

Perhaps the most interesting part of Walmart’s catch-up strategy is its @WalmartLabs research and development unit formed in 2011. The group is indicative of Walmart’s commitment to technology innovation for this next generation of commerce. In January, Walmart acquired mobile-application developer Small Society, taking all of its app development in-house. This move indicates the importance of mobile apps for not only Walmart, but also for the retail space in general. Additionally, in April, Walmart acquired social media startup Kosmix, showing just how serious the retailer is about social commerce.

“Retailers are already behind the curve for the next generation of retail, which is dominated by the consumerization of IT,” said Paula Rosenblum, managing partner at RSR Research, a research firm. “Walmart’s core customer may not have been on the leading edge of the tech curve, but she is most assuredly getting there.”

Walmart might have missed out on competing seriously with Amazon as the Internet’s storefront, but it has spent the last couple of months ramping up its social and mobile presence with new apps and other initiatives meant to streamline the customer experience regardless of how consumers choose to shop. In November 2011, Walmart rolled out new applications for the iPhone and iPad designed to help customers plan their weekly shopping trips. The apps are also a way for consumers to access Walmart while actually in the store. iPhone-app features include smart shopping lists with integrated access to manufacturers’ coupons and support for QR code scanning. The iPad app was Walmart’s first foray into the tablet space. Customers can use the app to browse, search and purchase their favorite items online, as well as browse the inventory of their local store from home.

Another example of Walmart’s commitment to all things digital is Shopycat, the company’s first social shopping app, which was released during the holidays. Shopycat gives Facebook’s hundreds of millions of users the ability to find gifts for loved ones based on their tastes and interests. The app uses social data to recommend items from Walmart.com, Walmart stores and other sites including RedEnvelope, Barnes & Noble and ThinkGeek.

Walmart’s Facebook page has 13 million likes and 470,000 people are talking about the retailer on the social media destination. The retailer encourages two-way dialog with a “What’s On Your Mind” section, where consumers can give their feedback. The company also provides meal solutions, event updates, videos and ways to save through its Facebook page. When it comes to Twitter, Walmart’s strategy seems to be on point, with the retailer tweeting regularly. To date Walmart has nearly 150,000 followers and 2,200 tweets.

The next generation of retail is upon us and early adopters like Walmart are two steps ahead of the game. Mobile and social media are disruptive forces in the retail industry and cannot be ignored. Using these channels to service customers and engage with loyalists is what is going to separate the winners from the losers. Walmart gets that.

“We’re at an exciting time of transformation — both for our customers and our business — as we move into the next generation of retail that integrates online, social, mobile and our physical stores to provide a continuous, seamless experience for customers to shop Walmart — whenever and however they choose,” said Ravi Jariwala, director of public relations at Walmart.