The anti-troll video network for women 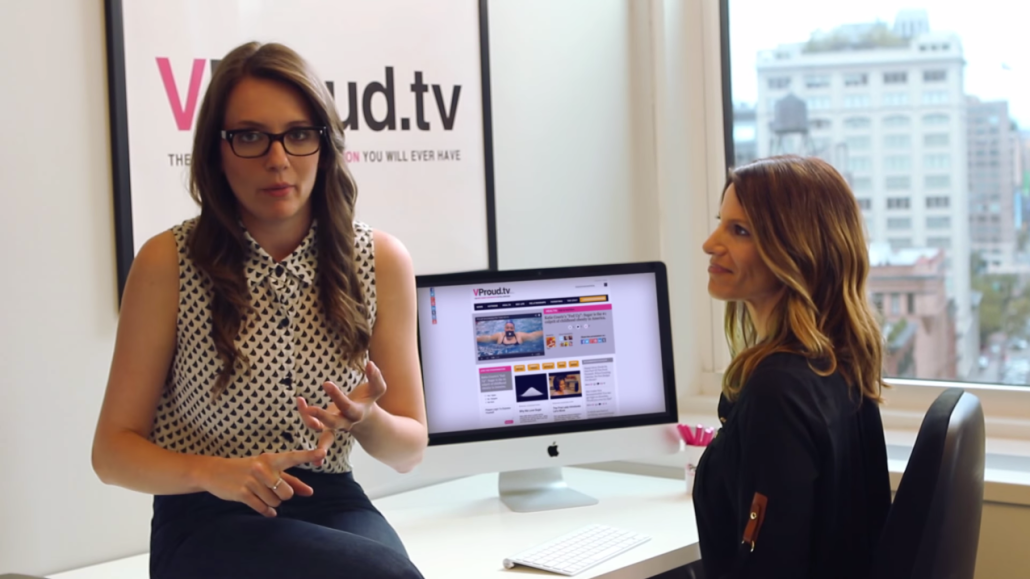 YouTube has become the world’s digital video hub. But no sane woman would descend into the troll-filled comments section to discuss sensitive issues. A former YouTube executive thought she could do better.

Last week, Karen Cahn officially launched VProud, which she describes as “a digital safe space for women” to engage with each other around topics they care about. The site is organized into different sections, from “health” and “parenting” to “hotness” and something called “the cray.” Each conversation within these categories revolves around a YouTube or Vimeo video, which is intended to serve as a “conversation starter.” The content is presented with interaction in mind.

The site, which launched in beta six weeks ago, falls somewhere between platform and a publisher, with an editorial team tasked with starting and facilitating user discussions. Early VProud originals are primarily monologues and interviews, though the site is working on some sketches, according to Cahn. The content ranges from lighthearted fare (“Tips for Making the Effing School Lunches”) to serious cultural discussions (“Pro-Rape Dynamic Between Men”). Visitors can also start on-site conversations by sharing a video, whether it’s their own content or (more likely) a clip they found online.

To facilitate a safe environment, VProud built user registration and commenting systems that aim to balance the freedom of anonymity with the accountability of real identities. Each user account is tied to a Facebook or Twitter identity, so VProud’s moderators theoretically know who its people are, but users can also use a private handle to comment on sensitive or intimate issues.

“Getting women to feel comfortable and wanting to add a comment or opinion is best solicited by a video,” Cahn told Digiday. “I’ve always felt video creates the most intimate connection with the viewer compared to other forms of media.”

VProud intends to weed out trolls though a combination of automated and human moderation. The automated moderation system is supposed to improve over time as human moderators do their job, much like Gmail’s spam filters get better at recognizing junk email as people mark items as spam. But when a nasty comment slips past the filters, folks can flag it with a troll icon, which prompts VProud’s community managers to take a look.

“We have a lot of users with self-esteem and body image issues,” said Cahn. “You’re not allowed to go in there and call someone a fat pig. We have worked really hard to think of all of the mean and unproductive things that people say to each other to ensure we filter out that hate speech.”

It’s a compelling concept, but not everyone is a fan. Women’s culture site The Frisky posted a scathing criticism of VProud, calling it “clunky” and lambasting the site’s rigid structure, which forces users to have conversations around a video within existing sections.

“If this is supposed to be a social network, why is it structured like a woman’s magazine or website, as if these are the actual realities of our social lives, the only things we want to talk about?” asked Frisky writer Rebecca Vipond Brink. “I have more to say about food, art, theory and books than I do about my clothes. This is a social network ‘for women,’ and yet it pigeonholes women.”

Web video is the most profitable digital media category right now, with high video ad rates and plentiful opportunities for branded content. Both YouTube and AOL, Cahn’s previous employers, focus on working brands into their video operations. Cahn will do the same at VProud: she intends to monetize the venture primarily through sponsored videos, which will serve as conversation starters just like the site’s aggregated or original content. She declined to disclose whether VProud is working with any brands yet.

”No matter what you’re doing, when you’re working with brands, it comes down to audience scale,” said Paul Kontonis, executive director of the Global Online Video Association. “Until you get to about 10 million monetizable views a month, it’s very hard to be active in the brand space.”

Cahn said the site has racked up over 250,000 registrations in the first six weeks alone. Digiday couldn’t verify user or traffic numbers with a third-party source — comScore has yet to accrue data on the site — but it’s attracting Facebook users in droves, with its Facebook posts accruing hundreds or even thousands of likes. Cahn wouldn’t reveal whether VProud is paying for social promotion, but it’s unlikely that engagement is completely organic, as the VProud Facebook page itself has fewer than 10,000 likes.

“Having structure and allowing people to work within that structure is better than having pure anarchy,” he said. In the video space, “we’re starting to see that there is this need to have focus on the content, because there is just too much content to find out there. This is helping to address the issue of content discovery, which remains one of the biggest problems in the space.”