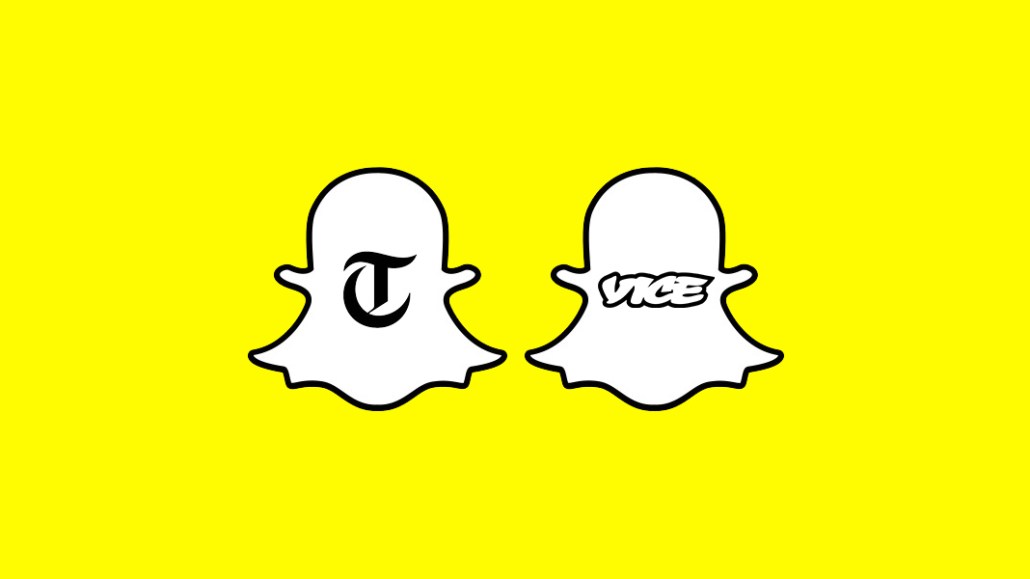 The Telegraph and Vice UK are launching on Snapchat Discover June 5 to bring political coverage to the app’s 10 million U.K. daily users ahead of the general election June 8.

The publishers join dozens of other publishers on the platform, including Cosmopolitan UK, The Economist, Sky News, The Sun, Daily Mail and BuzzFeed.

The Telegraph, a right-leaning daily broadsheet, will publish at least a 10-snap story at 5 p.m. each day, with an emphasis on election coverage that will be supplemented by sport, lifestyle, entertainment and international news. Discover already has two U.K. tabloid news publishers, The Sun and Daily Mail.

For the last couple of weeks, The Telegraph has been testing image-heavy stories, including ones on U.K. politics, Donald Trump’s “covfefe” tweet and Emmanuel Macron’s love life.

“We’re specially curating content for Snapchat. We understand the audience is specific, and we want to be true to our brand,” said Robert Bridge, chief customer officer at Telegraph Media Group.

The Telegraph has been focusing on publishing to platforms since tightening up its paywall last November, hoping to draw in audiences and get them to subscribe. Research from analytics firm App Annie in May found that 31 percent of Snapchat’s 10 million users cannot be reached by Facebook, so accessing this audience has an obvious appeal. The fact that publishers can’t sell subscriptions or drive people back to their site from Snapchat isn’t a concern for Bridge. “It’s higher funnel activity. Our research shows those who are engaged are more willing to subscribe,” he said.

Vice UK will also use its daily Discover edition to focus on the U.K. election. Its six-person team, including two recently-hired motion graphic designers, will publish at least 10-snap long stories each day at 6 a.m., which will include exclusive clips from the meeting between U.K. grime artist JME and Labour’s Jeremy Corbyn, radio presenter Julie Adenuga’s “Why Should I vote” comments from the public and a true-or-false quiz from political correspondent and comedian Rants n Bants.

This is Vice’s fourth international market on Snapchat Discover, after the U.S., France and Germany. Previously the Vice US channel was available to Snapchat users in the U.K. After the election, Vice UK’s Discover channel will turn to covering culture and news, with the U.K. edition sharing content with Vice’s U.S. edition.

“To go out on such a large platform to a young and engaged audience around an important election is a perfect marriage for us,” said Alex Miller, executive creative director at Vice UK. “The constant challenge is to express the brand through a new medium,” he added.

Neither publisher would disclose their financial agreements with Snapchat. “We’re going into this from a consumer point of view. There’s an amazing number of young people engaging; the commercials will follow,” said The Telegraph’s Bridge.

https://digiday.com/?p=239459
Most Read
Trending in Publishing in the Platform Era
Digiday Top Stories