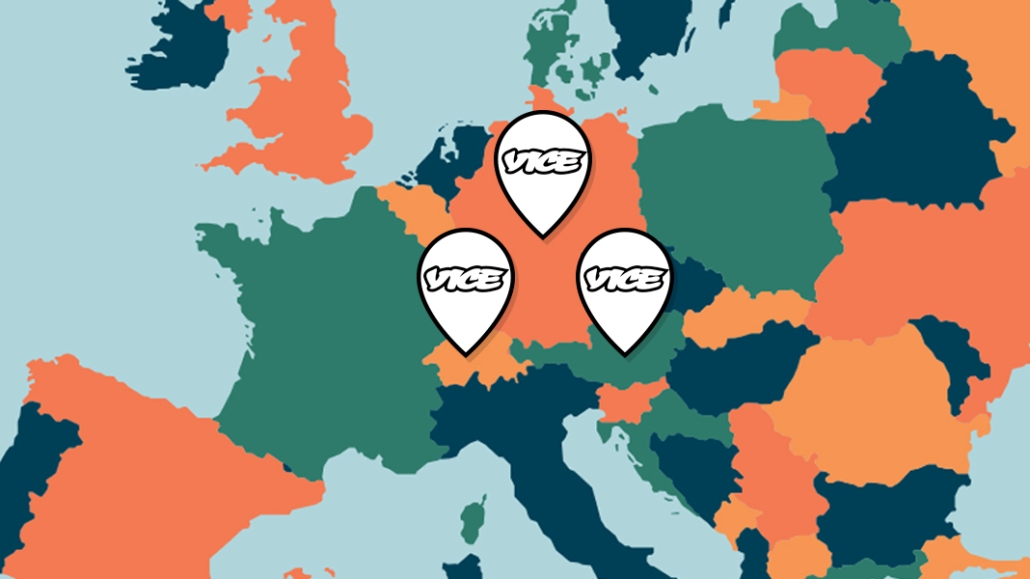 In Europe, Vice Media is working out how to balance having a unified strategy around branded content while adapting to specific countries.

Publishers who underestimate a region’s cultural differences strike an awkward tone. Vice is moving away from simple translation, according to Nina Kennedy, head of media for Germany, Austria and Switzerland.

Vice has ad operations in Germany and branded-content teams in Germany, Switzerland and Austria. In Germany, Vice has around 20 people on the media side and 22 in Virtue, its creative agency, according to Kennedy. While in Austria, which has a population of 8.7 million, a tenth of Germany’s, Virtue has around 100 people working across media strategy, social strategy, campaign and account management. Despite the larger market, the creative agency landscape in Berlin is much more competitive.

“We need people in the country who understand the overall strategy but know how they need to adapt it,” said Kennedy, speaking at Digiday’s Publishing Summit in Monaco this week. This can be simple things, like including an Australian in this campaign for airline ANA that ran in Australia and Germany, changing the voice over to Swiss-German, or making the content more relevant to the interest points of that region.

“We have one strategy that’s easier for the client to monitor, one contact person, one media strategist, a consistent brand, and it’s easier to keep up with the reporting,” she said.

At the end of 2017, in order to gain more understanding of its audience, Vice surveyed its readers in European and U.S. markets on education, interests and income. As well as high levels of interest in fashion, food and travel, it found that 33 percent of respondents in Germany had an income level of over €50,000, ($62,000). Now the Vice analytics and data science team in the Netherlands is collecting this data collectively for the German-speaking market — Germany, Austria and Switzerland — so it can offer clients data at both levels.

For instance, the sharing economy is popular in Germany, so Vice is working on a campaign for an auto brand featuring the sharing economy targeted to German big cities. “In Berlin, there’s a lot of things you can do as part of the sharing economy,” said Kennedy, “but those won’t be the same opportunities for someone in a small town in Austria, so it’s not going to be a point of interest.”

Vice is working with the Berlin University of the Arts on research into the media consumption habits of Gen Z, which platforms are relevant, how Vice can seed content there, and what content is relevant to this age group. Speaking broadly, Kennedy said that early findings indicate Gen Z is more health-conscious, political and concerned with their environment thanks to millennials.

“Diversifying platforms is part of the master plan. We’re finding ways to get organic reach on Facebook and not be too dependent on the algorithm,” said Kennedy. Platform diversification was a topic much discussed at the Summit: In the first session, Duncan Chater, chief brand officer Hearst UK, revealed the magazine brand was publishing video content to Musical.ly, a platform that Kennedy said that has users typically in the younger teens.