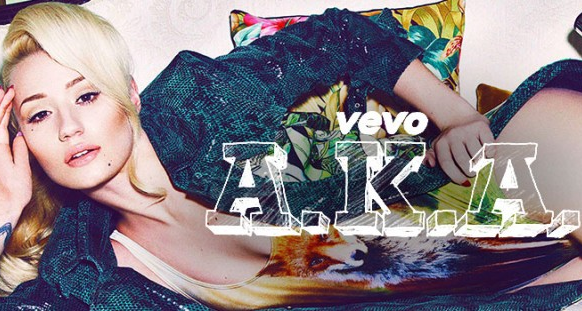 If you’re familiar with Vevo, it’s probably because you’ve stumbled upon its vast music-video archives during your online search travels. But Vevo wants to be known for more than music videos, so it’s unleashing 100 pieces of original programming this fall to make that happen.

But despite their financial impact, none of the shows Vevo makes in-house have captured mass consumer attention. Consumers today associate Netflix with “House of Cards” and HBO with “Game of Thrones,” but they only really know Vevo for its music videos. That’s something McVehil hopes to change.

“I want nothing more than for people to look at an original on Vevo and say, ‘That’s a Vevo show,’” McVehil told Digiday. “I would love to see Vevo become known as the place that connects you with your favorite artists in a way that no one else can.”

Vevo’s fall 2014 lineup includes three new series. There’s Vevo’s first foray into animation, “A.K.A.,” in which musicians like Iggy Azalea recount the origin of their stage names alongside playful visualizations. “Day Off With” (sponsored by Fuze) shows fans what artists do in their spare time. “Vevo DSCVR” (pronounced “discover”) introduces new acts with interviews and performances.

Like Vevo’s other originals, most of the new content clocks in between two to four minutes. That brief length reflects Vevo’s experimental approach to programming, as well as its audience’s viewing habits, according to Altimeter Group media analyst Rebecca Lieb.

“Part of Vevo’s branding initiative is around creating some breakthrough content. Obviously, this requires significant investment and resources, and it’s very risky. So Vevo’s really running [its content] up the flagpole and seeing what sticks,” said Lieb. “It helps there’s quite a big market for snackable videos, especially for musical fare.”

Vevo has experimented with other lengths and platforms, which McVehil intends to continue. In March, Vevo debuted “The Collective,” an hourlong variety show with music and pop culture content, on Latino cable TV channel NuvoTV. The company also operates Vevo TV, which pipes non-stop music videos to connected TV devices across three channels. Vevo intends to plug its original content into the Vevo TV programming lineup and create countdowns and hosted shows specifically for that platform.

“Everything we do is a mixture of data and gut,” said McVehil. “We continue to evolve best practices as we see trends of viewership, whether that means how quickly we get into a performance in a piece, or how long the intro bumper is, or what happens at two minutes into an episode.”

Although Vevo is based in the U.S., it has modified some of its successful properties to serve a growing international audience. Following a strong reception of “Lyric Lines,” a reality series where awkward teens try to pick up strangers with song lyrics, Vevo adapted the show for its British, German and Brazilian fans.

“We want to be a meaningful, localized product everywhere that we are,” said McVehil. “The approach is to create formats that appeal to each territory, and globalize the successful ones.”

Vevo monetizes its original video with a mix of pre-roll ads and branded content. Surprisingly, the company tends to sell both simultaneously, so a client like Honda will buy pre-roll and also sponsor live concerts for the Honda Stage channel.

“There’s not a branded entertainment deal that comes in that also doesn’t have regular media attached to it,” said McVehil. “And increasingly, to round out a big pre-roll spend, brands are looking for something on the content side, too.”

Moving forward, McVehil expects music videos will continue to be Vevo’s “bread and butter” but said a strong original content lineup is imperative to the company’s growth.

“We have licensing deals with hundreds of partners, but in building the business, we want to have our own catalog that we own,” he said. “So, strategically, it’s important for us to make as much original content as we can.”