How News UK digs into data to build its subscriber base 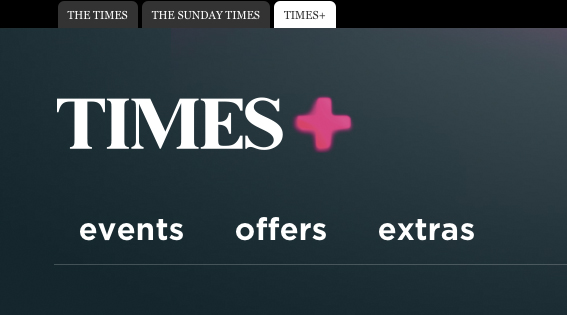 News UK, the British publishing arm of News Corp, is digging deep into its data to drive readership. To do so, it’s looking outside of the publishing business to maximize the base of digital subscribers for its news properties, which include The Sun, The Times and The Sunday Times.

The company has unified its digital and print subscriber data to retarget ads, devise new products, personalize its content. But doing so has meant investing in skills most newspaper groups have never had to have.

“We looked around the organization and were honest with ourselves — none of us had taken a pound directly from a consumer before,” said News UK’s CMO Chris Duncan. Its subsequent recruitment drive has included e-commerce, customer experience and business intelligence personnel from the retail and telecommunications industries.

News Corp’s latest financial report talks of higher marketing expenses at News UK. Dietmar Schantin, founding consultant at the Institute for Media Strategies, is not surprised to see it having to up its investment. “Our whole industry has no idea how to sell. That’s why we’re seeing retail execs command the highest executive positions at publishers,” said Schantic. “It might feel counterintuitive to the higher purpose of sustaining journalism, but publishers need be a bit more pragmatic and learn from the retail industry.”

To that end, the company’s new recruits have helped identify over 400 different scenarios where a customer interacts with a brand like The Times — 38 of which heavily influence subscriber cancellations. From there, its teams are using its customer analytics to figure out which factors improve customer satisfaction at each point.

The first area of focus has been on customer retention. In December 2013, News UK reported that The Sun had 100,000 digital subscribers and The Times had 153,000. A lack of updates on subscribers for the last 10 months might suggest it’s having to work harder to produce a figure worth shouting about.

For example, its data have shown that events dramatically reduce the likelihood of cancellations. Its strategy, therefore, has been to get Times subscribers to an event as quickly as possible after they subscribe to reduce the risk of cancellation. The company won’t reveal new details on subscriptions other than those mentioned earlier. However, the company’s digital agency Clock said cancellation rates were approximately 8 percent for those subscribers who attended events and took up Times+ offers. Non-engaged users’ rate of cancellation is, therefore, higher.

Beyond just retaining the readers it already has, the company is also using data to improve customer acquisition. Readers who have considered a subscription but abandon the sign-up process are targeted with ads encouraging them to reconsider. It’s cross-selling different products like Times Travel and Sun Bingo through its marketing channels based on user interests. There’s also a constant process of A/B testing to improve conversion rates on its sites.

News UK’s switch to digital subscriptions from a free website has given the business new marketing capabilities — those which news organizations typically haven’t needed. “The Googles of this world are trying to poach our people now. Data-driven product packaging and customer segmentation skills are highly sought after,” said Duncan. He admits there’s still room for improvement though. “We’re still amateur compared to Amazon, but who isn’t?”