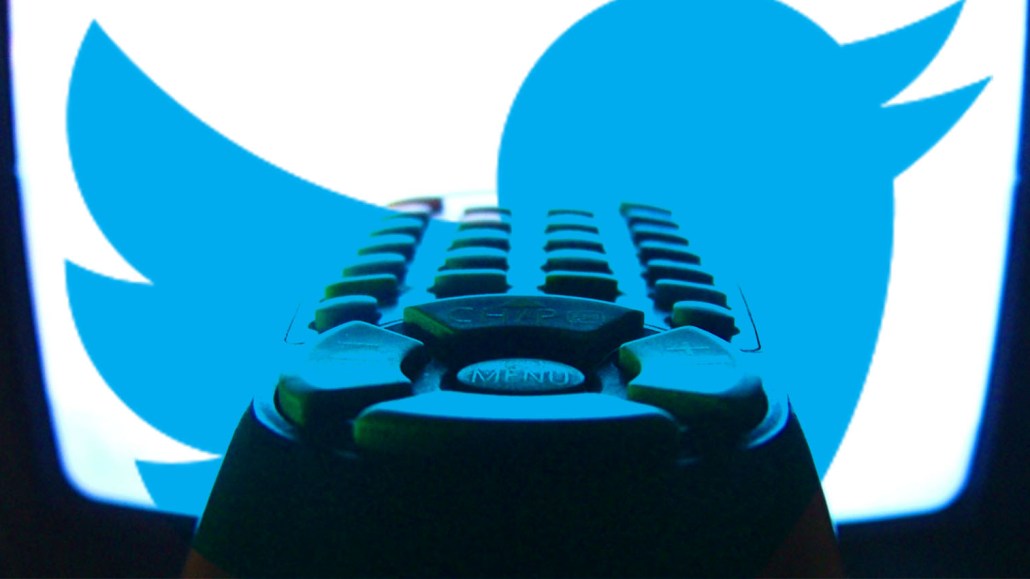 When marketers talk about “social TV,” they’re usually referring to Twitter. And the social network’s purchase of social TV analytics startup Trendrr, which will help it better understand the TV-related content its users tweet, will only help cement Twitter’s dominance in the social TV space..

Despite the proliferation of “second-screen” apps and services such as GetGlue, Viggle, Miso and IntoNow, online discussion around TV content remains more prominent on Twitter than perhaps any other other social network. Twitter users talk more about TV every day, yet TV-specific services struggle to gain traction among consumers and marketers alike. The gap appears to be widening.

“For now, Twitter is bigger than everything else. It has more traction,” added Alan Wolk, global lead analyst at digital video tech and services provider Piksel.

Social TV’s much-heralded (and well-funded) standalone apps hardly pose a threat. GetGlue says 4 million users have registered for its service to date, while Viggle boasts 3 million. Twitter is approaching 600 million registered users. GetGlue says it has generated 800 million check-ins to TV shows, movies and sporting events in its existence, while Viggle has attracted 250 million. By comparison, Twitter recorded a whopping 24 million tweets about this year’s Super Bowl during the four-hour game alone.

Those numbers don’t provide a strict apples-to-apples comparison, of course, but they do offer some insight into the relative scale of the the platforms. TV check-in services are being dwarfed by Twitter when it comes to capturing TV chatter.

“There have been many attempts over the last couple of years to build businesses off the back of the social TV hype – most are now in the deadpool, Boxfish cofounder and CEO Eoin Dowling recently told Digital Trends. “The fact is that Twitter and Facebook own social TV.”

Indeed, Facebook, too,has the potential to be a major player in social TV, thanks to its massive existing reach if nothing else. But Twitter has something that Facebook doesn’t – an open forum. On Facebook conversations are mostly private, which hampers its ability to host large-scale conversations around a topic the way Twitter can. As a result, users of both networks are more likely to take to Twitter instead of Facebook to weigh in on a TV event.

Twitter is using that to its advantage and is moving further into the social TV data market. Its acquisition of Trendrr last week and TV analytics firm Bluefin Labs in February are clear indications that it sees value in the rich TV-related information its network produces. Increasingly, it’s using that to help clients better understand their TV audiences and to sell ad and sponsorship opportunities on its own platform at the same time.

Marketers have also spotted the opportunity, of course. Following the perceived success of Oreos’ “dunk in the dark” Super Bowl tweet, numerous brands have taken to Twitter to try to capitalize on major TV events like the Academy Awards or Shark Week. Those brands weren’t buying integrations with platforms like GetGlue and Viggle.

Ultimately, that’s because of scale. Advertisers are eager to reach engaged audiences, but 2,000 consumers on a niche platform is considerably less appealing than the potential to reach millions on one like Twitter.

And there’s the rub. Until social TV platforms can figure out a way to tap into the conversations, tastes and actions of millions of people at any one time, the data, insights and ad opportunities they can offer probably won’t come close to Twitter’s. For that reason alone, Twitter continues to provide the most interesting opportunity when it comes to social TV.