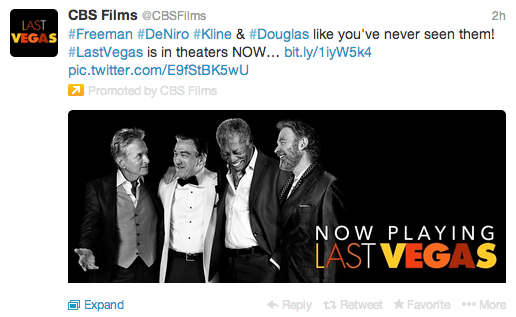 Twitter essentially began selling display advertising last week, in accordance with an update it made on Tuesday. Images in promoted tweets now appear automatically in users’ feeds, transforming those tweets into banner ads of sorts.

Brands have since been tweaking their imagery to make the most of the opportunity. Here are some of the paid tweets we’ve seen so far making use of the new image-preview feature. 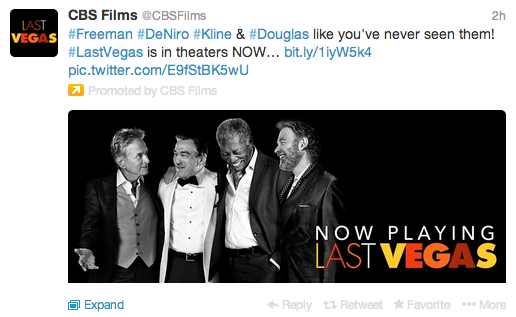 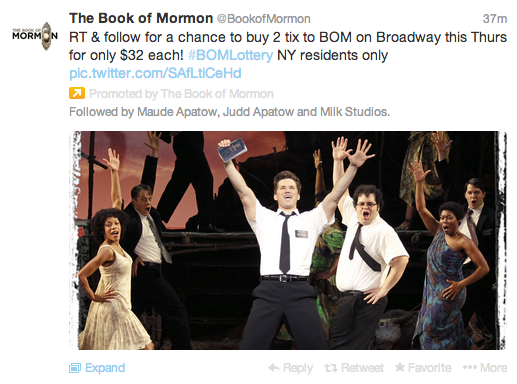 Samsung TV USA
For Halloween, Samsung mixed things up a bit and planted a hidden message in its image. Can you read it…? 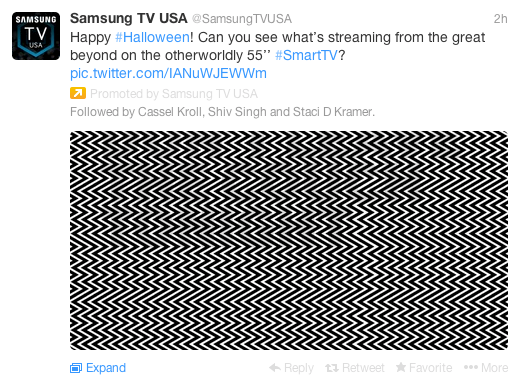 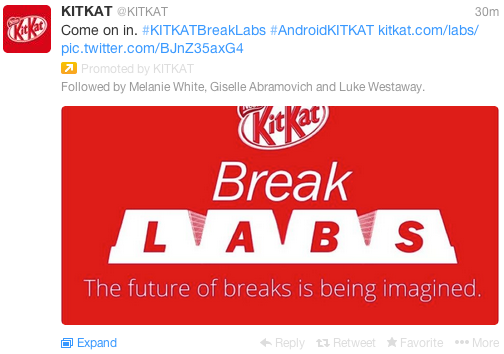 FedEx
FedEx exposed users to the contents of its zombie apocalypse survival kit. 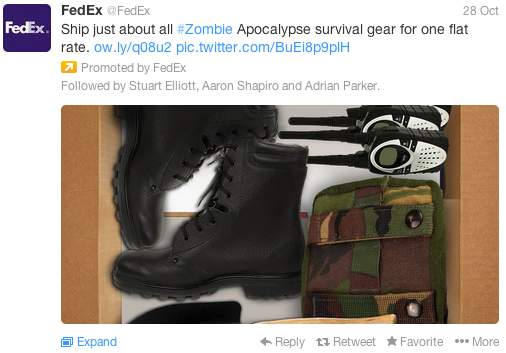