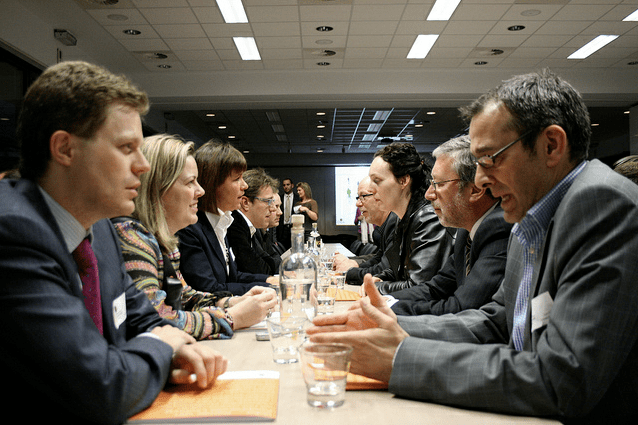 Tumblr’s got a huge and growing audience, but it’s something of an enigma to brands. That’s why it’s begun building out a strategy unit to help brands understand — and use — the platform.

The team is likely critical as Tumblr looks to prove it can muscle its way into the conversation of must-have social platforms for brands. Tumblr only recently took the wraps off its new ad platform, but such distribution is only needed if brands are finding value out of setting up shop on Tumblr.

That’s why the company is looking to complement its four-person ad-sales team with an equal number of “brand strategists” whose role isn’t about getting insertion orders so much as it is helping brands navigate Tumblr. For now, Tumblr wants to bring on a single brand strategist with two to three more in short order. The position will be part of the ad-sales team, reporting to Derek Gottfrid, vp of product. The company has plans to expand its ad-sales force to a dozen by the end of the year.

The move is an interesting bet. Up until recently, the company, led by David Karp, treated advertising as an afterthought. It has raised $125 million, most recently in September, through venture capital firms so it hadn’t really had to worry about making money. But now as the company evolves into a social media powerhouse — according to Quantcast, Tumblr gets 137 million global uniques per month and almost 16 billion pageviews — brands are sure to follow. The brand strategist will serve as liaison between brand and platform.

The brand-strategist role that Tumblr envisages is less salesman and more ambassador from the world of Tumblr, counseling brands on what will fly and what won’t. It’s a well-worn path for social platforms to deploy such strategists, as Facebook and Twitter have both done already.

It took Facebook a while to figure out how to help brands best utilize the platform. The fact is the platforms weren’t built with advertising in mind. That means plenty of trial and error. Tumblr has already experimented in this area, bringing Mark Coatney on as media evangelist in 2010 to help media brands like The Atlantic and The New Yorker, among others, navigate the Tumblr ecosystem.

“It’s good they’re hiring a team around sales and marketing,” said Noah Brier, CEO of Percolate. “It’s something they need to do, continuing to push better messages around its products to brands.”

The company is looking for people who are able to work with not just brands directly and their agencies. Besides having a thorough understanding of how Tumblr works and operates, the brand strategist needs to be familiar with how advertising works and to have the ability to understand what motivates and resonates with brands in the Tumblr universe. The company is looking to eventually have a team of three or four.

“I think it’s great that a company that has grown as big and as fast as Tumblr is looking to take control of its brand identity,” said Scott Marsden, svp of digital at Initiative, an IPG media agency. “Tumblr has grown mostly organically and should look to capitalize on that by defining what it stands for and how it wants to be represented in the marketplace. This will be especially important for Tumblr as it looks to manage some of the non-advertiser-friendly content on its site.”