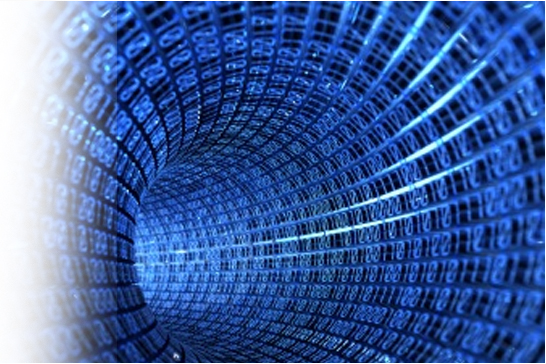 Tumblr has used Advertising Week to make it clear that it wants very badly to build a brand advertising business. The problem it faces is it gives brands on its platform virtually no data. It’s now taking steps to fix this.

Thanks to a deal with social analytics company Union Metrics, the micro-blogging platform will provide rudimentary stats to brands using its ads and running their own Tumblrs. Brands will get stats like how many times a post was liked, the reblogs it got, and how it performed over time.

“When I got here, as we went around asking advertisers and potential advertisers what they liked what we’re offering, the No. 1 thing wasn’t about ad formats or inventory, the biggest thing was analytics, which we had nothing,” said Rick Webb, marketing and revenue for Tumblr.

In this sense, it’s clear just how far behind Tumblr is from rivals like Facebook and Twitter. Facebook used this week to unveil a partnership with Datalogix that will track ads to actual offline store sales. Twitter said it would use surveys to measure core brand metrics like awareness and lift. The stats Tumblr is showing aren’t those that are core to pretty much any brand’s business. Instead it is leaning on squishier “engagement” metrics in the same way Facebook and Twitter initially touted metrics such as likes and followers.

Tumblr’s new stats package won’t provide the most basic of information that a brand would want: who its audience is. This new tool, which is available to brands and users, does identify influential Tumblr users, but beyond tagging a blog, a brand has no idea who is behind it.

“Part of it is to get tools in place to understand these numbers,” Davis said. “What we’re seeing is that brands want to go into a platform and engage well. Until they can understand what’s the actual response they’re getting for the content, what’s the opportunity — those things — until they get those answers they’re not able to participate in the way they’d like. It’s about helping them participate and do better.”

Here’s what the analytics look like for Barack Obama and Mitt Romney’s Tumblrs. 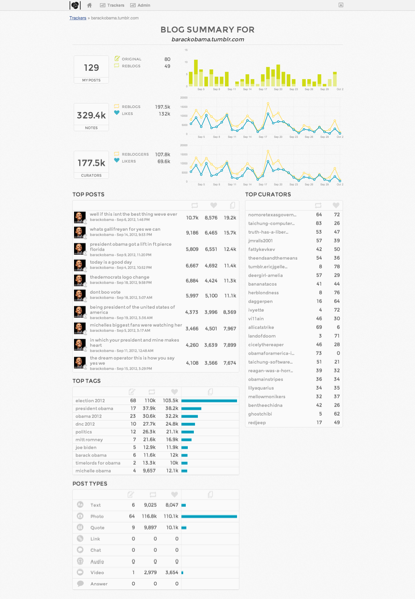 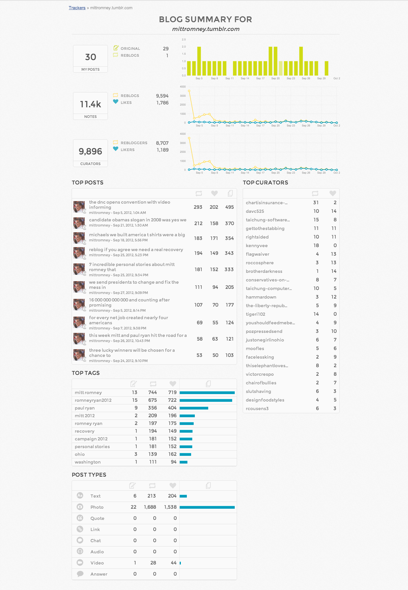