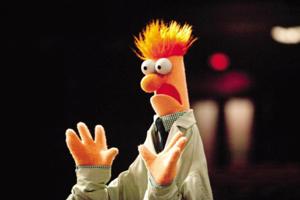 Add Trinity Mirror Group to the list of newspapers showing an affinity for digital.

The change in direction for one of Britain’s biggest newspaper publishers effectively began in May 2013, when it launched the first series of experimental journalism startups outside of its traditional management structures. Digital audience and revenue growth have followed, bringing with them a progressive shift in the corporate culture.

In the past 15 months, the company has developed four new journalism startups: UsVsThem, a viral distractions site; Ampp3d, a data journalism site; thepeople.co.uk, a digital extension of The Sunday People newspaper; and digital sports section Row Z, part of the main newspaper website. These offshoot sites have contributed millions of unique users to the combined reach of the company in the short time they have been running: Digital revenues at the company increased over the past six months by 47.5 percent to £14.9 million ($25.1 million), and average monthly unique users grew by a whopping 91 percent to 61.3 million in the same period.

The reason for creating these sites was to discover how to engage and attract younger, mobile audiences — but key to making them possible was allowing small teams to work independently without corporate interference.

“Monolithic projects involve so much project management overhead, that a lot of effort and energy is expended on organizing ‘building the thing,’ not ‘building the thing’ itself,” wrote Trinity Mirror’s Martin Belam in a blog post about the development of Ampp3d.

“We’ve rolled out quizzes and polls across the site: those sorts of lightweight, one-touch sorts of things that grew out of UsVsThem,” said Malcolm Coles, general manager of online at Trinity Mirror. The application of these new social and mobile-optimized journalism techniques across the business are partly responsible for Trinity-owned Mirror.co.uk’s growth in mobile traffic. July has been the first month where every hour of every day Mirror.co.uk’s mobile traffic has been larger than its desktop traffic.

Other publishers such as The Telegraph Media Group, ESI Media and the Progressive Media in the U.K. are all launching their own separate digital journalism sites away from their flagship brands. The same can be seen with new sites like FiveThirtyEight, Vox and The Upshot from traditional media owners in the U.S. But observers have their doubts about how much of an impact these new sites can have on the bottom line for these publishers.

“The challenge that I see with them is that they’re mainly an advertising-driven model,” says startup adviser and former president of digital at Condé Nast International James Bilefield. “Their sales teams already have lots of programs to pitch, and I doubt [those new sites] are top of the list.”

The key will be diversifying the revenue streams brought about by these new brands — a prospect Bilefield says is much more likely to happen in a culture of digital experimentation: “What’s interesting about this next generation of companies which combine media and data is that they have other revenue streams so that they’re able to thrive. Wired for example, which is owned by Condé Nast, now has revenue streams in live events, they have a consulting side to their business; they have apps and other things as well. There’s a range of ways in which you can make money from this core asset which is media.”

For its part, Trinity Mirror has seen growth in other revenue streams which will help diversify its reliance on ads, namely “strong growth in contract publishing for football clubs, syndication [and] events,” according to its latest earnings report.

And more revenue will come from its newer sites with time, said Coles: “UsVsTh3m has done some work for brands, but because the team was small, when we were doing that, we weren’t doing stuff for the consumer audience.” Instead, most of those brands are just concentrating on growing audience for now.

One downside, though: These sites do not to drive people back to the main newspaper site, as some publishers might have hoped.

“When you do these spin-offs, they need to stand on their own two feet, and they’re only going to be a main source of traffic for your main website if you launch them off your main website,” said Cole. “That was one of the reasons we deliberately launched Row Z properly on the Mirror and fully integrated it.”

Like any good incubator, Trinity Mirror is learning to drown its kittens. ThePeople.co.uk, for instance, shut in January after just three months and failing to reach audience targets. That kind of admission of failure, particularly so quickly, is not the sort of culture one has been likely to find at newspaper companies.

“One of the other things we’ve found from those new innovations is it has made hiring good people easier,” said Coles. “They can see that there is permission at Trinity Mirror to experiment and innovate. You can show that you can come to Trinity Mirror and do new and exciting things.”