Tidying Up the Web 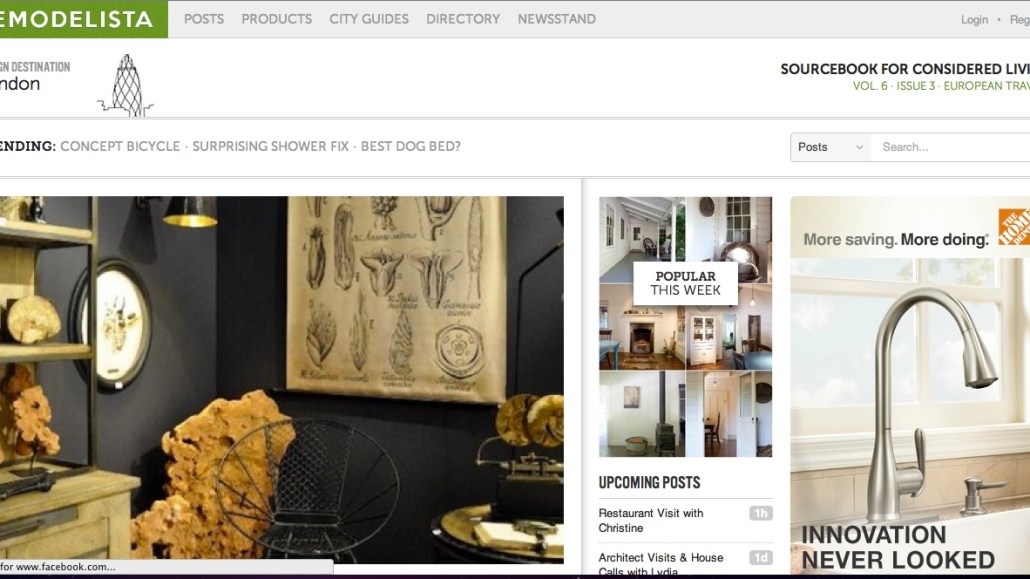 One thing that most everyone agrees on is the online advertising industry has a severe supply-and-demand imbalance. Based on ComScore ad figures, 2012 should see 4 trillion display ads served. There’s simply not enough demand to fill those. That’s left publishers in an arm’s race to create ever more impressions. It’s probably a losing strategy.

Some are rethinking the Web’s approach to page design in a way that will provide the proverbial clean, well-lit environments where brands can convey their messages — and want to be associated with. The key to initiatives like AOL’s Project Devil, ESPN’s Grantland and even Gawker’s much-criticized redesign is to imagine anew the Web page, which was created by technologists, not designers. There’s a reason most advertising online feels like an afterthought and out of place. Compare the experience of viewing a typical Web page with several banners competing for your attention to picking up a high-quality magazine like Vanity Fair. It’s not even close.

One interesting experiment is coming through Say Media. The new-style digital publishing company, born from video ad network Videoegg, is redesigning its stable of publishing sites to rebalance the editorial and advertising. On the outside, it is about reducing the clutter. There is merely one 300 x 900 ad running on the right side of the page of Remodelista.com, the first site to undergo the Say revamp. The large unit scrolls with the reader as he moves down the page.

But there’s more at work that chopping off extraneous ad units, according to Say president Troy Young, a former executive at digital shop Organic. The company hopes to develop a publishing system for its sites like Remodelista, ReadWriteWeb, Dogster and XOJane that marries the speed of the Web with the beauty of magazines. Editors can easily associate posts with other content, including product feeds, for example. The new content-management system amounts to, he promises, an “art department in a box.”

“It addresses the problem of clutter that means nobody in the ecosystem is getting what they need out of it,” Young said. “The editorial is presented beautifully, advertising is consumable, and for the consumer it’s a great experience. But you have to take a holistic approach. This took us five years to create.”

Say’s approach is an interesting stab at solving this fundamental issue facing digital publishing. It’s not perfect, of course. Built off Say’s purchase of blog platform Typepad, it can feel very cookie-cutter blog-like at times with its reliance on reverse chronological order and preference for listing articles with identical thumbnail photos to the left of a headline and synopsis. The center rail on article pages can sometimes distract with its busy thumbnails.

But overall, it’s refreshing to see publishing sites embrace less rather than more. The digital publishing world has long been marked by more: more posts, more links, more ads. That’s resulted in a riot of information bits competing for attention, often without much regard for the relative importance of each of the bits.