How Time Inc. can survive as an independent company 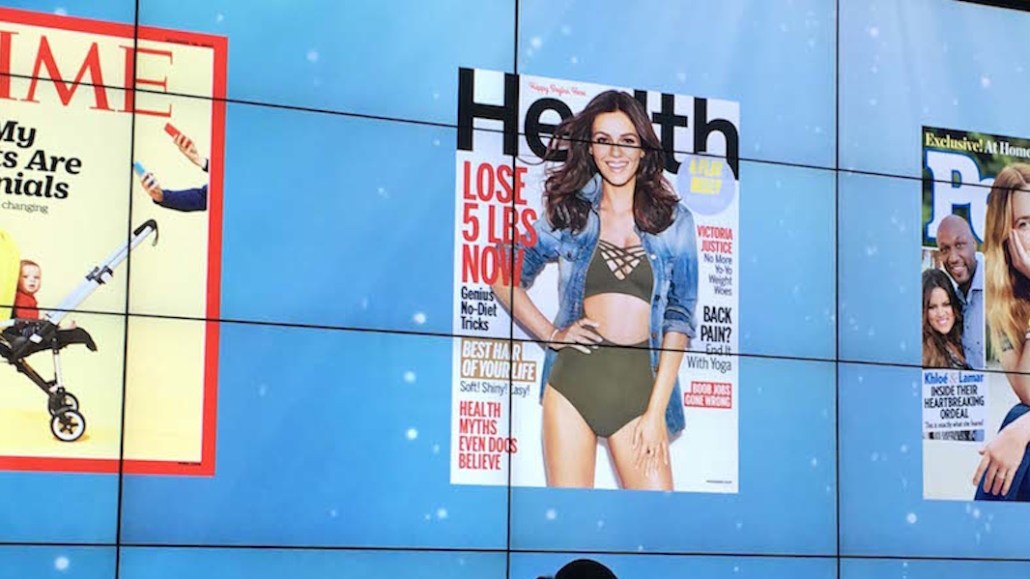 It’s back to square one for Time Inc. Now that the publishing company has decided to not go ahead with a sale, ending a prolonged process, it has to face an uncertain future as an independent media company.

With almost all digital advertising revenue going to two companies, Facebook and Google and the print magazine business declining, the outlook is bleak for a publishing company that’s reliant on digital dollars. Time Inc.’s glory days are long past. Its 22 magazine brands including People, Time magazine and Cooking Light, still have authority with their audiences, but they’ve been overtaken by digital-native brands like BuzzFeed, Tastemade and TMZ that move faster, are mobile-first and speak with a more youthful voice. Time Inc. has tested online paywalls, but most of its online editorial content hasn’t got people to cough up money.

“The future belongs to brands that are indispensable to their audiences and will pay for and advertisers will pony up to be a part of,” said Peter Kreisky, a media consultant and onetime advisor to former Time Inc. CEO Jack Griffin. “The New Yorker is indispensable. Is Time magazine indispensable? Time Inc. was a leader because of the scale. In this multimedia universe it is no longer the leader, so it has to figure out how to be the leader by virtue of other factors.” Here’s what he and others say the company needs to do next.

Dive into data
Time Inc. scored points for buying Viant, a data-targeting powerhouse; and Adelphic, a mobile-focused programmatic ad buying platform. Those won’t be enough to make Time Inc. a competitor with Google and Facebook, because it’s still dwarfed by those platforms, but they can help the publisher be more competitive with its publishing peers by offering data-targeting that’s as good or better as them, observers said.

Consolidate
Time Inc. can be expected to shed some of its nonessential titles and focus on its core ones, such as People and InStyle, as CEO Rich Battista has alluded to doing. Kreisky said Axel Springer offers a road map here. Over the past four years, that European publishing giant has been selling off titles that weren’t core to its strategy to heavy up on digital media companies. Its investments have included Business Insider, Airbnb and NowThis. Nearly 70 percent of Axel’s sales revenue now comes from digital, whereas for Time Inc., that figure is closer to 30 percent.

“Axel Springer is still focused on its journalistic mission but with a very different portfolio than it had in the past,” Kreisky said. “It was a very courageous move to make, and it seems to be paying off.” The problem is that even those core titles, particularly People, are in commoditized categories and under threat from newer, more modern competitors.

Modernize verticals
As for its remaining brands, Time Inc., with its broad-reach titles, made sense when there were fewer ways for people to get news and information. Not anymore. It’s the same trend that’s sunk mainstream department store chains and online portals like Yahoo and About.com in favor of specialty retailers and verticals like Refinery29 and The Verge. Those are Time Inc.’s new competition for audiences, but it’s been conservative and slow about investing in new verticals, instead prioritizing sharing content across its existing editorial staff.

“The web is not rewarding horizontal content experiences anymore,” said Patrick Keane, president of Sharethrough and former CEO of Associated Content. “Yahoo was no. 1 in news, finance, entertainment and sports. That was a legacy business built 20 years ago. Those are four pretty important verticals. What hurt them was that they were not modern. Then Bleacher Report [where Keane was a director] comes in with a much different voice, modern audience, video. In news, there’s NowThis. You’re starting to see this really powerful modern content creation that the others haven’t shown.”