Time for Newspapers to Go All Digital 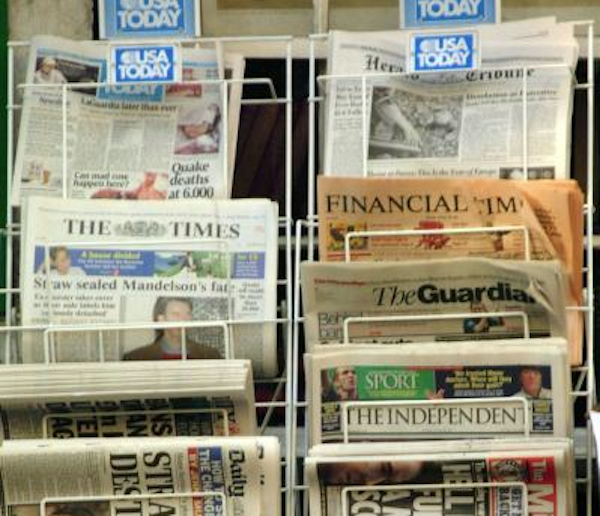 Newspaper advertising revenue continues to take it on the chin.

According to the Newspaper Association of America, newspaper revenue in the third quarter dropped 5.1 percent, year over year. This is now the 25th straight quarter of ad revenue decline. In 2006, according to the NAA, ad revenue was $49.3 billion. Today, a comparative paltry $23.9 billion. The entire industry is now generating less ad revenue than Google.

If there’s a silver lining, it’s that online ad sales continue to grow, although far below the rate needed to sustain newspaper businesses. Online ad revenue over the year increased 3.6 percent to $759 million. Poynter points out that even with the slight increase of online ad revenue, that incremental gain doesn’t cover print losses — not even close, by a 10 to 1 ratio.

Newspapers are managing a declining asset. In the meantime, they are attempting to build a new digital business. At some point, newspapers must shed their legacy businesses. The only question is when. Some would argue that this is some date in the future, perhaps 10 or 20 years down the line. After all, online ad rates can’t replace print revenue right now.

Perhaps the time is now. Newspapers must change their economics. Anyone with a passing understanding of the online ad business knows that it’s fanciful to believe online ads will miraculously pull in the same rates as legacy print placements. Newspapers are living in denial. It’d be better if they made the leap now and fix their cost base for a new world.

“I thought the logical progression would be [that] they [would] start cutting days,” said Peter Stabler, an equity research analyst at Wells Fargo Securities. “There’s no faster way to cut and trim costs than to stop print on Mondays, then Tuesdays, then Thursdays, then Saturdays. That probably makes sense economically: You start looking at days where they don’t make advertising money. Mondays and Saturdays are high on the list.

“Whether they can disappear altogether? Yes, they probably could,” Stabler continued. “But there’s enormous pain associated with that.”

The digital divide of the 1990s has pretty much eroded (or evolved with some unintended consequences: Lower-income children now waste more time on devices than higher-income kids). In turn, more people now have access to content. Tablets and phones are as ubiquitous as televisions. Factors that once handcuffed publishers can now be in their favor.

And it’s not like publishers aren’t trying to put their eggs in as many digital baskets as possible. Whether it’s a site redesign to better the experience or creating an app, everything a publisher does focuses on how to work with advertisers. The advantage for publishers of going all digital is that they gain creativity and flexibility in working with advertisers. Just look at the different models: direct sales, exchanges, native. And there are more to come, I’m sure. What does print have? Solely direct.

The halcyon days of print excess are long gone. We know this, yet we continue to believe that there’s hope, that print will survive, that it’s needed. Maybe not. Journalism is needed. Content is needed. Distribution mechanisms change when better ones come about. Just ask the telegraph.