Time to break up Yahoo? 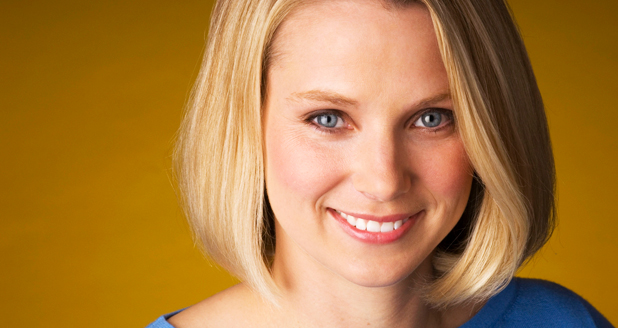 For nearly a decade, Yahoo has struggled with whether to tack to its Silicon Valley tech roots or embrace its identity as a media company. That fight continues to this day.

It is at the heart of Business Insider senior correspondent Nicholas Carlson’s new book on Yahoo, “Marissa Mayer and the Fight to Save Yahoo,” out today. Carlson delves into the history of Yahoo and Mayer’s 18-month tenure to turn around the perpetually beleaguered Internet stalwart. In the end, Carlson finds that Mayer is fighting an existential battle: Does the world still need Yahoo?

Digiday spoke with Carlson about his book, what makes Mayer tick and what comes next for Yahoo. What follows is the edited interview.

What’s your overall assessment of the job Mayer’s done?
It’s tricky. No doubt she came in and got it moving way faster than it had in years and improved the products and culture. That said, there are questions about her overall strategy to make mobile easy to use like Yahoo made the Internet easy to use. That’s a problem that doesn’t need solving. There are thousands of apps out there doing that.

Leave aside Apple. Is there any evidence of consumer tech companies rising, falling, only to rise again? There’s a reason the MySpace comeback hasn’t happened.
Mayer should look at what Tim Armstrong has done at AOL. AOL was at one point this tremendously huge company. It dwindled. In 2009 it was spun out at a small market cap and that works as a reset. It lowers the bar. Right now Mayer’s having to justify being a much bigger business. The latest idea from a bunch of shareholders is to split it into two companies. One is a holding company for the Asian assets, Alibaba and Yahoo Japan. The other is a smaller publicly traded company would be the smaller core Yahoo business. It would be beginning anew again.

Sensible?
It’s what she should do.

What do you think she’d say if she read the book?
Her first reaction might be to launch an internal investigation into who my sources are.

Ultimately the book settles on a pretty fundamental question: Does the world still need Yahoo?
That’s the challenge of this product approach she’s taking. She’s trying to make something useful everybody needs. That’s just hard for big companies to do. A smarter plan might be to take hundreds of millions email users and try to build on that with some kind of media business.

That sounds like what Ross Levinsohn was advocating and he didn’t get the job.
The most exciting idea for Yahoo I’ve heard since I finished the book was one where Yahoo could become a giant MCN (multichannel network), one of these companies that run YouTube channels and not just put them on YouTube and put them on Yahoo, YouTube and Tumblr. It could create Web native content that’s very popular.

Think she’s been unfairly assessed?
She’s an extremely polarizing figure. I’d speak to someone either a tremendous fan of hers or someone who just wanted to talk about her weakness. It’s possible that’s because she’s a young woman who has had a lot of success already. She’s only 39 and has made at least $500 million.

A few people have said you bought into this sexist narrative. One critique of your New York Times Magazine book excerpt called it “tech journalism at its sexist worst.”
I sent him a copy of the book. I got on the phone and talked about it with him. I was very conscious of that notion when I wrote the book. Any time you reduce a book into a New York Times Magazine story, you lose some nuance. But I reject the idea of any sexism. There are sexist critics of her out there. I’m not one of them.

It’s been about a decade that people have been talking about Yahoo struggling with whether it’s oriented as a tech company or as a media company. Think they’re close to figuring that out?
No, they haven’t figured it out. It’s in the transition period. Mayer was hired to do one job and she’s learning the people who hired her (the board) are not the people she’s now accountable to, which are shareholders. She’s a realistic person. Sources have told me a lot of executives when facing pressure stick their heads in the sand, but she’s not.

Prediction: Does Mayer last the year?
She’s going to last at Yahoo through this year and through the next few years. It’s harder to predict whether Yahoo will be a successful company.