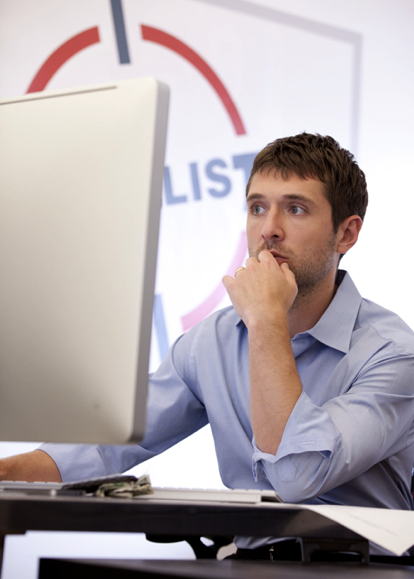 Each week we ask industry executives to explain how they use Twitter and then put them on the spot by highlighting five must-follows on the social network. This week, email magnate Ben Lerer gives his industry must-follows. Follow Ben on Twitter @benjlerer.

Ben: Twitter is my only communication with the outside world. My media consumption consists of content that gets emailed to me and Twitter, with zero direct visits to any website. I started off following too many people, but now I only follow people I actually want to hear from. My one wish is that the people I follow would share more weird personal stuff. I tweet when I’m out after a few drinks, and I think it makes for entertaining content. Not enough people do that.

Rob Fishman: @rbfishman
He has a good blend of highlighting interesting pieces of content and being self-deprecating in the best possible way.

AJ Vaynerchuk: @ajv
AJ is the smarter, better-looking, funnier and cooler brother; the below-the-radar Vaynerchuk. He knows more about fantasy baseball than any man who’s ever lived.

Brandon Berger: @brandonberger
My boy, B-Squared; I don’t care for his tweets, really, but he’s got wonderful hair.

Andrew Weissman: @aweissman
I love him. His weirdness permeates his stream like few men I know.

Neil Vogel: @neilvogel
Neil is a sarcastic guy who is not too self-promotional (aside from Webby season). He has a good balance of tweets. Not the same bullshit like propping themselves up. He’s creating content.