Facebook Courtship: Romance might not be the first thing that springs to mind when it comes to Mark Zuckerberg. But the Facebook CEO knows how to put on the moves — at least when it comes to landing hotshot engineers. The New York Times unearthed a priceless tidbit that Zuckerberg has a habit of asking prized job candidates to go on a stroll with him through woods near Facebook’s campus. The stroll sometimes ends at an overlook that offers a magnificent view of Palo Alto. Then the social media king takes a deep breath as he gazes out into the distance, taking in the luscious scene below, and then he turns back to you, looks you in the eyes, and says, “This could all be yours.” OK, so maybe I added that last part, but the walk and amazing job offer part are true. Who knew Zuck had it in him?  NYT

Video of the Day: Musician Dan Warren has spent four years making cutting and editing bits and pieces from the audio recording of Obama’s book Dreams From My Father and making them into an “Audio odyssey narrated by Barack Obama” called Son of Strelka, Son of God. Here is a snippet.

Tumblr Trouble: The guy behind yesterday’s Tumblr of the Day, People Staring at Computers, is in trouble, Secret Service-level trouble. That’s because in order to get the images of people staring at computers for his art project, he installed a program into about 100 Apple Store computers that captured and sent him a photo every minute. Naturally Apple was not pleased with this and sent Secret Service agents to his home with a search warrant for computer fraud. He kind of had to have seen something like this coming though. This is Apple we’re talking about. Mashable

A Bite out of Apple: Someone else is cruising for a bruising from Apple. A company in Belarus called Savushkin Product released this juice line called “iFrukt.” It’s not just the name that steps on Apple’s toes, look at its logo. Steve Jobs won’t be pleased. Copyranter 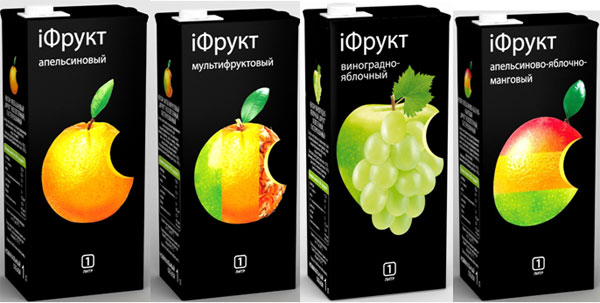