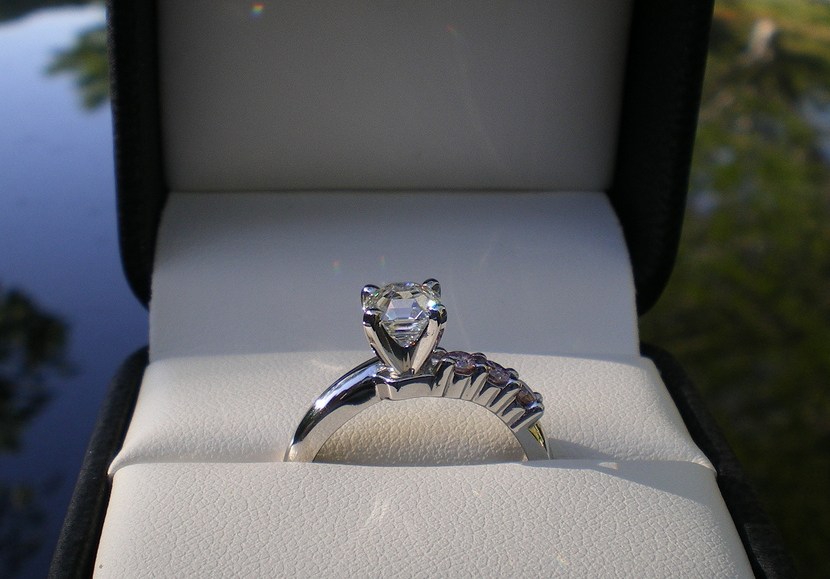 Spelling out “Will you marry me?” out of stones on the beach, taking a woman back to the place where you first met her to pop the question, or maybe hiding the ring in dessert at dinner are all romantic, all good old-fashioned ways that men can propose to their sweethearts. But of course, this is the Internet Age, and not everyone wants to go the traditional route when they can go the digital one, especially if you are in digital media.

Take Len Kendall, director of digital at Golin Harris. Kendall decided to propose via  meme on BuzzFeed. Kendall created a meme using a picture of himself on one knee holding an engagement ring with the meme-style text, “Katie I love you so much, I can haz your hand in marriage?” An avid BuzzFeed contributor, Kendall got BuzzFeed to agree to feature the meme. Kendall also called for help from the interwebz to help convince Katie to say yes by posting their own memes in the comments.

That is a bold move, inviting the Internet commenters to join in on something so personal and special. Luckily most people were encouraging in the comments section. One woman posted, “This is the most beautiful use of social influence I have ever seen.” But, of course, not everyone was so kind. One woman said, “Say No!” and another, who is either being sarcastic or isn’t familiar with meme-speak said, “Say no..he can’t even spell!”

Kendall said he would have done something smaller, more private, but that the Internet proposal was something he knew his wife-to-be would appreciate. “I know she wanted something to be shouted from the top of the Internet mountains.”

Anyway, Katie apparently did appreciate it and said yes, as you can see on the updated BuzzFeed post. So congrats to Len and Katie!

When asked if he could do it over, would he do it this way again, Kendall’s response was: “100 percent yes. I had hundreds of my friends get to be part of this experience with me. I’ll never forget that.”

Kendall isn’t the only one to propose digital-media style. A while ago, creative producer at digital agency Deep Focus Fred Erhart proposed to his then girlfriend via banner ads. Yup, that’s right, banner ads. How romantic? She said yes, too. StumbleUpon’s been used. An intrepid All Things D editor used an inforgraphic.

I’m sensing a trend here with this digital proposal thing. Who knows, Pinterest proposal pages or proposals via Twitter could be next.

Update: Check out the best of #SayYesKatie user-contributed memes.