The Rise of the Social Media Editor 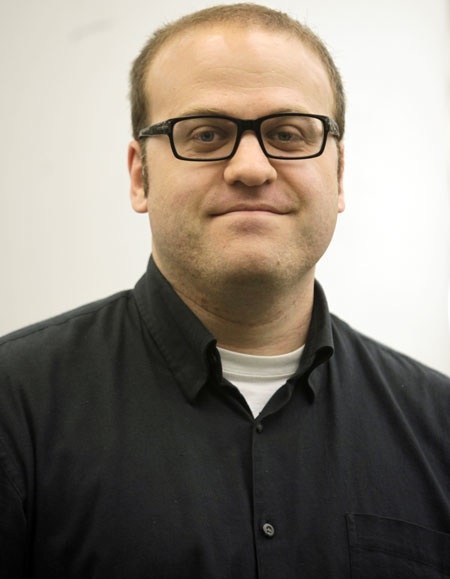 Eric Carvin is no credentials-light social media guru. The 38-year-old newly named social media editor for the Associated Press is a seasoned journalist, an almost 12-year veteran at the wire service. Carvin has done a lot during his time at AP: For the past two years he’s been an editor at the AP’s central editorial desk, and before that he managed and edited Ask AP, a weekly column. He was also a founding editor of asap, an AP service that pursued innovative and multimedia approaches to the news. Carvin explains why a social media editor needs to be first and foremost a good editor, the death of journalism as a one-way conversation, and why all journalists need to be social media experts. Follow him on Twitter @EricCarvin.

What makes a good social media editor?
There are a lot of things. If you are talking about a news organization, it helps to be an experienced journalist, separate from your social media skills. Having strong news skills, understanding what a news story consists of, understanding the reporting process are all important qualities. At the same time you need to understand social media, that engaging with the public is a worthy goal. It’s something you need to be passionate about. You have to have an intense curiosity and a lot of energy. There is a risk of information overload if you aren’t good at wrangling an enormous amount of information that is flying in from all directions. Also, this may seem like a ridiculous thing to say, but you need to be social by instinct. You need to be a person who is open in terms of how you communicate. You need to be good at communicating with your fellow staffers and with the public. Simply knowing what is going on the world isn’t enough if you don’t know what people out there care about.

How much do you use social media in your personal life? Do you think that people share too much via social media?
When I started getting involved with social media, someone gave me good advice: “Even if you are planning on mostly using these tools for work, share something from your life.” I follow that advice. I don’t share everything, but I share certain personal things. I’m a fan of urban nature, so I’ll tweet pictures I take in parks. Sharing something humanizes you. It’s important to show that you are a real person behind the account. There are probably people out there who want to share every detail of their lives, that’s OK. Of course, there are people who have made bad decisions as far as things they’ve shared, but we need to be grown-ups here and make smart decisions.

In what ways do you see journalism changing in relation to social media now and in the future?
There are ways that journalism has already changed. Journalism is no longer a one-way conversation. It hasn’t been ever since people started commenting on stories online — actually really ever since people started writing “letters to the editor” — but now it’s just been totally ramped up. Social media helps us see what people are interested in, what they are commenting on. Social media allows us to go to the public for news tips, eyewitness accounts, amateur videos. It’s a tool that makes journalism better if you know how to use it. What I see more and more is that people are showing an interest in seeing the raw material behind news events, like live tweeting and footage from the scene of news events. Some people in the industry are concerned about this and the question of whether or not the professional journalist is still needed. I obviously think that the journalist is still needed, but I think live tweeting and things like that are great and don’t take away from journalism.

Do you feel that social media has had a more positive or negative effect on news reporting and journalism in general? Does it create too much noise and accelerate the spread of misinformation
There are risks involved. These tools need to be used carefully. One thing you’ll see a lot of is tweeting hearsay that spreads around as news. So that is something we have to be careful of. Rumors spread quickly, even more quickly than they did before. To us, it’s very important to get things right. There are also other challenges that we face concerning reporting in certain parts of the world where reporters may be in danger if they aren’t careful about how you communicate over the social net. You could risk getting reporters arrested or hurt. We’ve always had to be careful about how we communicate publicly, but now we just have to be even more careful because social media makes things spread like wildfire. This doesn’t mean there isn’t a place for transparency, but safety and security when gathering the news comes first.