The New York Times is surveying 700,000 readers who use ad blockers

Off the heels of blocking a “relatively small” amount of ad block users from accessing The New York Times’ website, the newspaper is ratcheting up its anti-ad blocking campaign with a massive reader survey.

Digiday first noticed the website’s survey yesterday. The Times told us that the survey is being sent out to 200,000 digital subscribers and 500,000 non-subscribers, all of whom are using an ad blocker.

The survey consists of a dozen questions beginning with broader questions about the user’s ad blocking habits before narrowing to questions specifically about the Times’ website, including if they would consider whitelisting The Times, ranking the most bothersome type of Internet ads and guilting them with questions like: “Are you aware that blocking ads on the website prevents The New York Times from making money to supports it operations?”

Here’s a sampling of the questions: 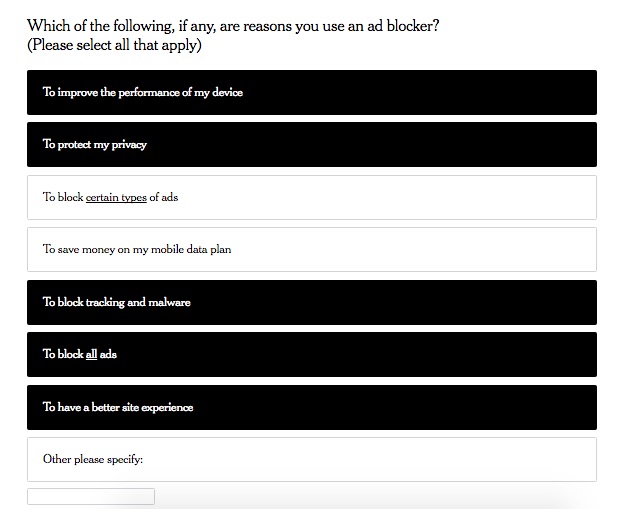 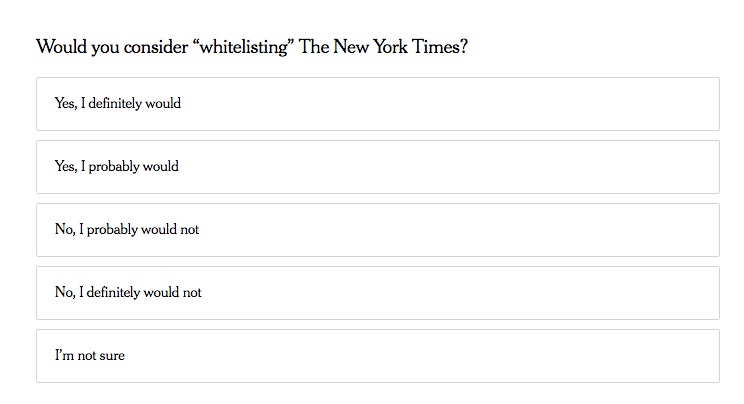 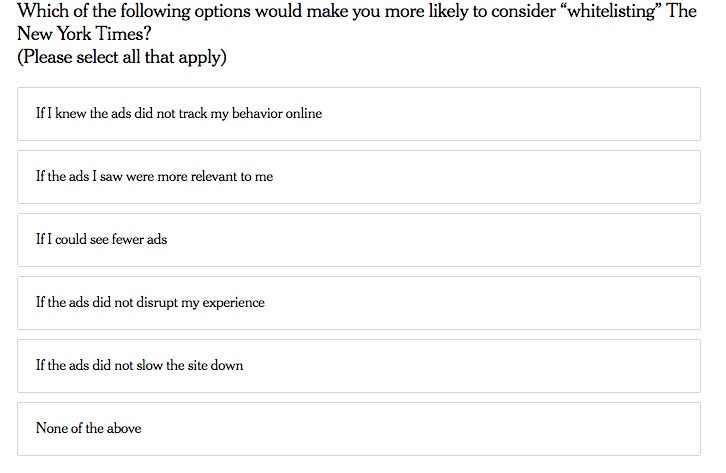 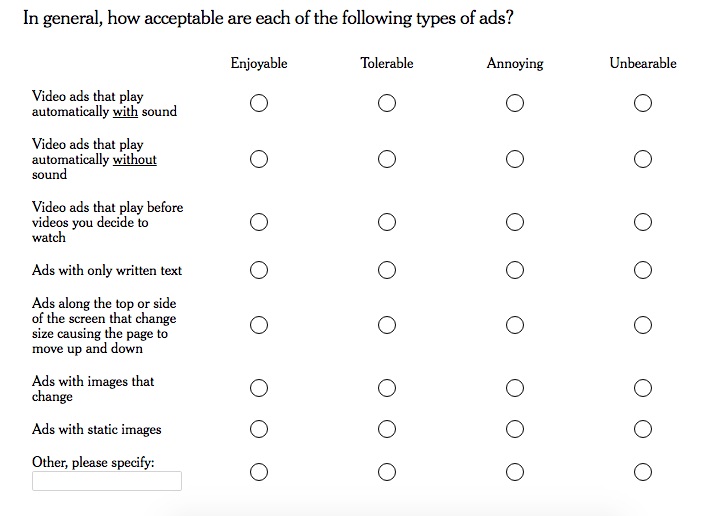 The survey is only the latest move in the Times’ public stance against ad blockers. In March, it began showing some ad blocker users a pop-up asking to be whitelisted or buy a digital subscription, issuing this statement:

“We are opposed to ad blocking, which does not serve the long term interest of consumers. The creation of quality news content is expensive and digital advertising is one way that The New York Times and other high quality news providers fund news gathering operations.”

Digital subscribers continue to grow for the Times, but digital ad revenue dropped 1 percent to $42 million, a figure that only encompasses about a third of its total ad revenue, according to the paper’s earnings report for the first quarter of 2016.