The Filter: What’s Old Is New; What’s New Is Old 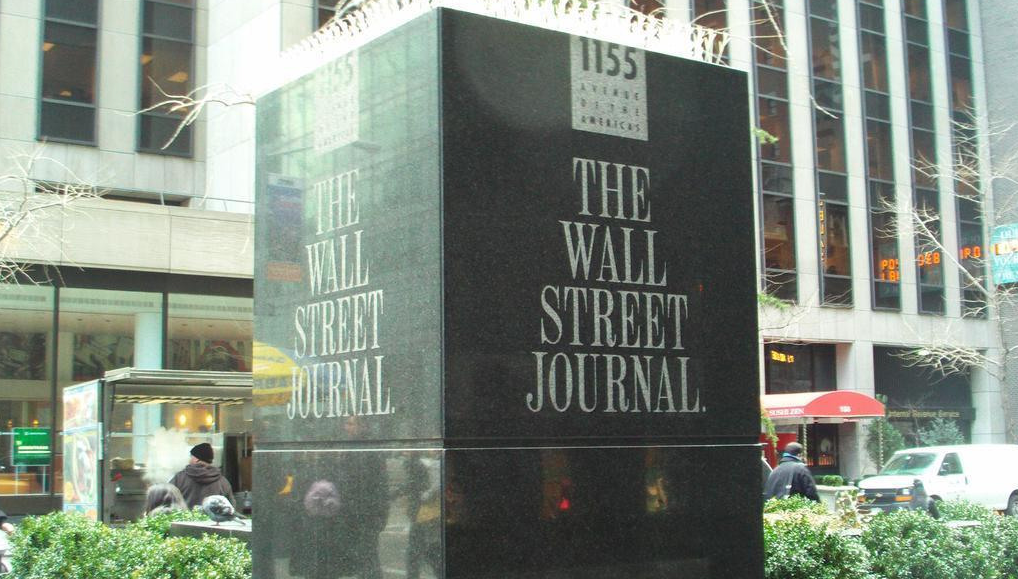 In this week’s Filter, the WSJ goes real-time, a major ad exec says some major things, someone thinks Apple will buy Twitter for $10 billion, Pinterest loses steam and patents rule the tech world.

Wall Street Journal dives into real time
The Wall Street Journal’s online property is continuing to evolve beyond the traditional website. It has had live blogs and updates for a while now, but the WSJ is betting on creating a continuous torrent of news that reflects the ever-changing market. Markets Pulse is a continuous stream of information, from headlines to blurbs to video to tweets.

Creating an open-ended stream for markets coverage makes sense for a few reasons. It’s an area that a lot of Journal readers are already tracking, and one that lends itself to constant updates. […] Markets Pulse also includes an embed of the Journal’s video player right next to the content whenever a live show is on. With the newspaper’s big push in video, particularly live video, having a page that readers can treat as they’d treat CNBC — that is, always on — could help increase the return on that investment. It also gives reporters a place to put all kinds of information — short updates, tweets, and other elements that don’t always fit in a traditional article. But the news stream approach is about more than creating a centralized hub of information.

“Marketing is dead” says Saatchi & Saatchi CEO
According to Kevin Roberts, Saatchi & Saatchi CEO, the following is dead: strategy, the big idea, management and marketing. So I guess Saatchi & Saatchi will be closing its doors, considering it makes its fortunes on strategy, the big idea, management and marketing. In a speech at the IoD’s Annual Convention, Roberts also said that he doesn’t believe in the recession we’re in. I guess when you’re the CEO of one of the world’s largest advertising agencies, it’s like being the lord in a feudal society: you’re not going to believe in a recession.

He went on to outline how successful business leaders need to harness creative thing in the future, saying: “Business leaders need to become creative leaders. We need to change the language of business. Who wants to be a Chief Executive Officer? It sounds like you work for the government and who would want that? Being a Chief Excitement Officer would be better, don’t you think? The role of a good CEO is to get people to buy into their dreams and their company’s dreams.”

Is Apple buying Twitter for $10 billion?
Forbes contributor Eric Jackson, a founder of investment company Ironfire Capital,  argues that the Instagram-Facebook deal turns the app world on its head. If Apple’s app strategy has been to be a garden that lets “a thousand flowers bloom,” the $1 billion deal between Instagram and Facebook shakes that up; where “letting a thousand flowers bloom works as long as all of those flowers are small and private companies with less power than Apple, Facebook or Google.” Jackson is anything but optimistic on the ability of Internet companies to figure out mobile advertising.

Given Instagram’s price tag and Facebook’s likely valuation, Twitter could cost a minimum of $10 billion.  Isn’t that crazy for a company that had negligible revenues last year? Twitter is beachfront property in the mobile world.  It’s a key for iAd to be able to deliver a completely new kind of ad service in the next ten years.  And it’s future revenue potential has nothing to do with its revenue last year. Is $10 billion a lot of cash? Sure. I don’t mean to sound flip about spending it. But the real question is: does Apple have that kind of money to spend and will it be able to get a return from that investment over the next 10 years?  I think the answer is clearly yes to both.  The ad market for a potentially huge new entrant in the TV market is quite large. Sure Twitter could IPO but, realistically, it’s going to sell itself to either Apple, Google, or Microsoft.

Pinterest train loses steam
Pinterest has been 2012’s social media darling, but TechCrunch looked at numbers from Comscore, AppData, Compete and Google Analytics and all have Pinterest coming back to earth. Now that pinners are getting spammed and the dark cloud of copyright hovers over Pinboards. TechCruch highlights four reasons why:

1) The redesign really did turn users off.
2) There was an iPhone app update that apparently gave some users trouble while logging in through Facebook. Another update apparently fixed it three days ago on April 18.
3) The drop in active users may simply be a correction for the some of the meteoric rise in attention that we’ve seen for the site: that is, people propelled by all the coverage Pinterest has gotten who have registered in the last couple of months, but who aren’t actually using it much, if at all.
4) People may be logging in and signing up less through Facebook: AppData measures MAUs and DAUs on Facebook log-ins, but you can also sign up and sign in using your email or Twitter account. Perhaps usage numbers from those two other channels have still been climbing, and Facebook is getting used less (that begs the question of why the turn away from Facebook).

Facebook’s patent play
Patents are the coin of the realm in the tech world, even if everyone grumbles they’re often a detriment to innovation. Two weeks ago, Microsoft bought 800 patents for a cool billion dollars from AOL; this week, it’s selling some of those patents to Facebook.

Facebook and Microsoft are about to announce a deal where the social networking giant pays Redmond $550 million for access to more than 600 patents, AllThingsD has learned. The deal comes as the social network prepares for its initial stock offering and looks to protect itself in an increasingly litigious intellectual property environment. Yahoo sued Facebook last month, alleging infringement of 10 patents.