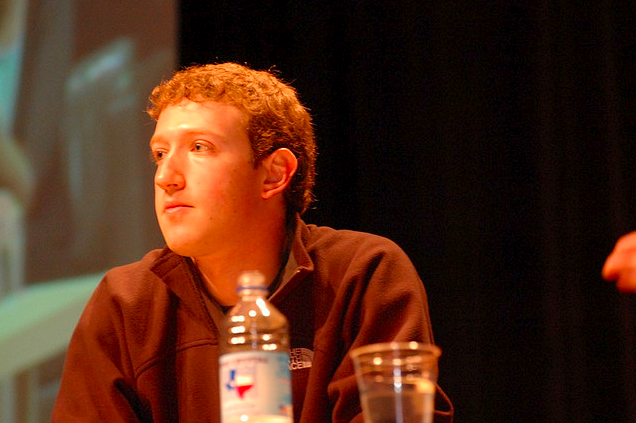 In this week’s Filter, Facebook is a fad, GM pulls ad money from Facebook, Twitter partners with ESPN, Pinterest could be valued at $1 billion and Google drops the Knowledge Graph on our bad selves.

Poll: Half of Americans call Facebook a fad
A poll from he Associate Press and CNBC on the eve of Facebook’s IPO found that half of the responders think Facebook “is a passing fad.” More than half say they never click on a Facebook ad. Are people succumbing to some kind of Facebook fatigue? There are a litany of complaints about Facebook when it comes to privacy, narcissism, even loneliness. And yet we still log on, on average 700 minutes per month on the site.

And, in the run-up to the social network’s initial public offering of stock, half of Americans also say the social network’s expected asking price is too high. The privacy issue is a stinger. Three of every five Facebook users say they have little or no faith that the company will protect their personal information. Only 13 percent trust Facebook to guard their data, and only 12 percent would feel safe making purchases through the site. Even Facebook’s most dedicated users are wary – half of those who use the site daily say they wouldn’t feel safe buying things on the network. As for how Facebook makes most of its money -selling ads- 57 percent of users say they never click on them or on Facebook’s sponsored content. About another quarter say they rarely do.

Click here to read the article at the AP.

GM Says Facebook Ads Don’t Pay Off
The Wall Street Journal has been a leading Facebook skeptic. Its most recent salvo is the news that GM is pulling its ads from Facebook while it still plans to use the site as a free marketing tool. Last year, the automaker dropped $10 million on advertising on Facebook; next year, zero. Other companies aren’t fleeing Facebook, yet. Some, like Ford, are still big believers in social advertising. In fact, Ford even tweeted, tongue-in-cheekily, that advertising on Facebook is all about execution. The idea that GM can have its cake and eat it too, using Facebook as a marketing platform but skipping the ad part, strikes some as fanciful. Nothing’s free in life, after all, even Facebook.

GM will continue to promote its products on Facebook, but without paying the social-media company, the GM official and other people familiar with the matter said. Many companies maintain free Facebook pages. GM’s decision raises questions about the ability of Facebook to sustain the 88 percent revenue growth achieved in 2011. Facebook said last month its first-quarter ad revenue was down 7.5 percent from the previous three months. Facebook blamed “seasonal trends” for the decline, as well as a greater number of users from outside the U.S., where ad rates are lower.

Click here to read the article at The Wall Street Journal.

Twitter breaks into TV dollars with ESPN deal
Twitter and ESPN struck a partnership that lets brands create unique social experiences for its fans. In this case, ESPN wants sports fans to take pictures of their best “game face” and tweet it out (with accompanying hashtag, naturally). Best faces will appear on ESPN’s NBA Tonight show. The big takeaway, however, is that brands that partner with ESPN will, according to the article, “be able to buy into both ESPN’s properties and the Twitter components in a single integrated buy.” This is good news for any and all advertisers wanting to get involved in social media and TV at the same time.

Advertisers who buy into the integrated packages will have access to Twitter’s promoted tweets and trends along with ESPN’s full slate of ad products around the event. “Working together, ESPN and Twitter are giving marketers a clear and powerful way to link on-air and online social conversations around sports,” said Joel Lunenfeld, Twitter’s Vice President of Global Brand Strategy. “It’s the first time advertisers can engage the audience around ESPN’s premier content across screens and where the conversation is happening on Twitter.” This partnership makes a lot of sense for both parties. For Twitter, it’s the first time the social network has broken into TV ad dollars, albeit indirectly. ESPN will be bringing sponsors to the table and extending their event sponsorships into the Twitter realm, so for Twitter, it’s net positive. For ESPN, it’s another tool in the toolbox to attract big-name advertisers.

Click here to read the article at Lost Remote.

Confirmed: Pinterest taking $100 mil. for e-commerce play
Pinterest is gearing up for a third round of funding.  According to PaidContent, Japanese e-commerce company Rakuten has confirmed it is leading a $100 million investment in the nascent social network. Initial investors, Andreessen Horowitz, Bessemer Venture Partners and FirstMark Capital are also participating. This would value the image-pinning site at $1 billion. Up to now, it has raised $37.5 million. Pinterest has the potential to be an e-commerce powerhouse, as people could buy what they see right off the page. According to a study from Shareaholic, Pinterest also drives more traffic than Twitter, further emphasizing the value of a site that gets people to click. Perhaps we’re witnessing the rise of a hybrid social network and e-commerce site? Or is this just another bet on a current fad?

The funding will allow Pinterest to continue improving its service and expanding its community globally. The investment also marks the start of a strategic partnership between Rakuten and Pinterest to help expand in Japan and into Rakuten’s 17 other global markets. CEO Hiroshi Mikitani (via announcement): “While some may see e-commerce as a straightforward vending machine-like experience, we believe it is a living process where both retailers and consumers can communicate, discover, and curate to make the experience more entertaining. We see tremendous synergies between Pinterest’s vision and Rakuten’s model for e-commerce. Rakuten looks forward to introducing Pinterest to the Japanese market as well as other markets around the world.” In other words, Rakuten is excited about how enthusiastically Pinterest users clip and share items they might want to buy.

Google revamps search, tries to think more like a person
When Google tweaks its algorithm, the digital media world pays attention. Knowledge Graph is the latest update to the search king’s algorithm, which is really just a way of cleaning up the results page. Google uses searching for “Taj Mahal” as an example. In a blog post, Google shows how the Knowledge Graph lays out the most relevant — and trusted — links to the building, the musician and the New Jersey casino. But what happens if you search Santorum?

Google on Wednesday announced Knowledge Graph, a significant change to how search results are delivered that the company believes will make their search engine think more like a human. With Knowledge Graph, which will begin rolling out to some users immediately, results will be arranged according to categories with which the search term has been associated.