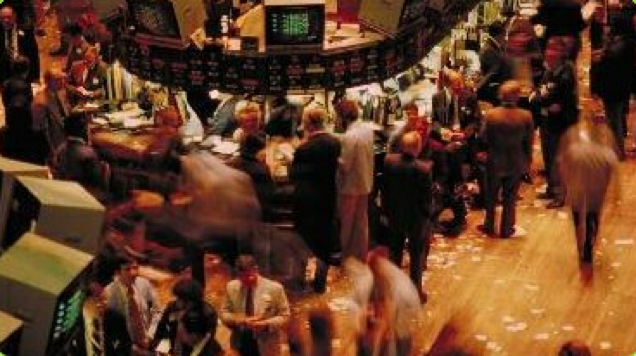 In this week’s Filter: Facebook sets to debut real-time bidding, Time Inc. goes to iTunes, Twitter partners with media companies for expanded tweets, Microsoft looks to buy Yammer, and the Department of Justice launches probe into a cable cabal.

Facebook To Debut Real-Time Bidding For Advertising
Real-time bidding has become an important tool in a marketer and publisher’s toolkit. It’s designed to help advertisers deliver ads in real time, so the ad hits consumers when they’ve indicated some kind of intent in a timely manner. It means marketers can run retargeting campaigns to users on Facebook. The big question, however, is when Facebook will go the other way, allowing marketers to use data collected from users on Facebook to target ads on other sites.

The service, Facebook Exchange, will let advertisers reach specific types of users on the social network based on their browsing history, Annie Ta, a company spokeswoman, said in an interview yesterday. Prices will be based on the cost per thousand viewers and spots will be sold via third-party technology partners. It will debut within weeks, she said. […] The new bidding process is designed to help advertisers deliver more time-sensitive messages. For example, if a sports- apparel company wanted to reach fans on Facebook in the moments after the last game of the NBA Finals, they could prepare ads that highlight the Miami Heat and the Oklahoma City Thunder and choose which one to run depending on the outcome of the game. Advertisers now target users on Facebook based on the interests they list in their profiles and the pages they “like” on the site. The company will continue to offer these ads, and such interests won’t be used as part of the real-time bidding exchange, Ta said.

Read the rest of the article at Bloomberg.

Apple, Time Inc. Solve Their Subscription Squabble
In classic Godfather-style, Apple manages to get publications to pay them to be part of the app ecosystem. Fish where the fish are, right? Time Inc has held out for a while — two-years — and the timing is probably not a coincidence. Bain & Co. is wrapping up its review of Time Inc, helping them figure out ways to right the publisher’s ship (though an announcement is probably a couple months off). Newly minted CEO, Laura Lang is looking for more opportunities to fix the balance sheet and selling publications through iTunes, even though paying a 30 percent vig to Apple, is a step in the right direction.

Apple and Time Inc. have settled their differences: The giant publisher is now selling subscriptions to its iPad magazines directly from the apps themselves. If that seems like non-news, consider that it took the two companies two years to figure this out. Up until now, Time Inc. has been the notable exception to Apple’s digital subscription plan, which lets publishers sell access to their digital titles from within its iTunes store in exchange for certain concessions. For instance, the publishers don’t automatically get to see all of a subscriber’s personal information, and Apple collects a 30 percent fee for each subscription it sells at its store.

Experience more with expanded Tweets
Twitter rolled out a new way for its users to see rich content from publications they follow. The social information fire hose has historically had good relationships with the media (unlike, say, Reddit, who recently temporarily banned The Atlantic and other major outlets from posting links). This new feature, however, means that browser extensions, like PowerTwitter, become obsolete. This seems to be standard operating procedure for Twitter: open up the platform for third-parties to do creative stuff and then introduce its own version. The company needs to make money somehow.

Starting today, you can discover more interactive experiences inside any Tweet on twitter.com and mobile.twitter.com. When you expand Tweets containing links to partner websites, you can now see content previews, view images, play videos and more. You’ve probably expanded Tweets before to play videos from YouTube or see photos from Instagram. Now, a diverse and growing group of new partners like the The Wall Street Journal, Breaking News, and TIME also deliver rich content inside Tweets containing a link to those websites. It’s easier than ever to discover breaking news and bylines. When you expand a Tweet linking to a news article by The New York Times, The San Francisco Chronicle or Der Spiegel Online, you can see a preview with the headline, the introduction and sometimes the Twitter accounts of the publisher and writer. You can continue to read the article, follow these accounts, and reply, favorite or retweet the Tweet.

Read the rest of the article at the Twitter Blog.

Microsoft Said To Be In Talks To Acquire Yammer Social Network
Could this be the deal that wakes the slumbering Microsoft? Microsoft has been behind the curve in almost every facet of the social age and according to two sources who spoke with Bloomberg, the Redmond-based software giant is looking to scoop up Yammer for $1 billion. The last several weeks have seen social networks take center stage in the enterprise community — Vitrue and Buddy Media sold to Oracle and Salesforce, respectively — and this Microsoft – Yammer deal could turn social business into a trend.

Read the rest of the article at Bloomberg.

U.S. Probes Cable for Limits on Net Video
People don’t like the cable companies and now we can add the Department of Justice to the list of detractors. According to the Wall Street Journal, the DOJ is setting up an “antitrust investigation into whether cable companies are acting improperly to quash nascent competition from online video.” The question at the heart of the investigation is: are cable companies acting in an anticompetitive (against online video distributors) manner by only allowing access to certain online programming only if a consumer has a cable subscription.

In its cable TV probe, Justice Department investigators are taking a particularly close look at the data caps that pay-TV providers like Comcast and AT&T Inc.have used to deal with surging video traffic on the Internet. The companies say the limits are needed to stop heavy users from overwhelming their networks. Internet video providers like Netflix have expressed concern that the limits are aimed at stopping consumers from dropping cable television and switching to online video providers. They also worry that cable companies will give priority to their own online video offerings on their networks to stop subscribers from leaving. Comcast fanned those fears in March, when it said that videos viewed on its own Xfinity app on Microsoft‘s Xbox wouldn’t be counted against subscribers’ data caps in the same way as videos viewed using Netflix, Hulu or other apps. Netflix Chief Executive Reed Hastings accused Comcast of trying to get around federal rules that prevent Internet providers from favoring their own content over others on the Internet. Hulu’s owners include Comcast and News Corp., which owns The Wall Street Journal.

Read the rest of the article at the Wall Street Journal.