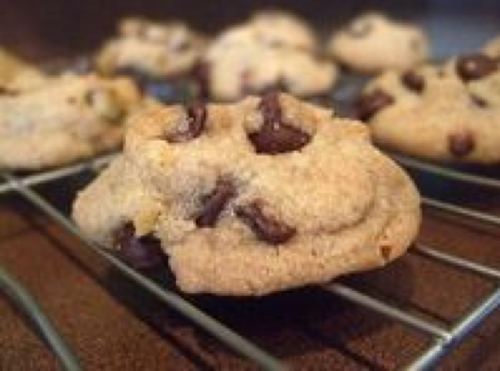 In this week’s filter, The Mirror talks about its less than forthcoming approach to the EU’s e-privacy directive, Facebook settles in principle a lawsuit about shady ads, the FCC chief backs Internet-usage pricing, the Huffington Post gets into content marketing and Yahoo gets into the browser game.

The Mirror’s response to EU cookie law compliance
The times are a-changin’ for publishers in Europe. The EU’s Information Commissioner’s Office’s e-privacy directive is set to begin on May 26 and some sites have already begun telling readers what’s in store. Econsultancy takes a look at two varying approaches, one by the Financial Times, the other by the Mirror. The FT is transparent, with a large pop-up box explaining what’s being tracked and how to disable cookies. It also forces the reader to read and then click out of the box to get to the FT site. The Mirror, on the other hand, has a small pop-up box in the lower right hand corner, explaining to “users that, by continuing to use the website having seen the message, this means they’re OK with cookies” and then disappears. Malcom Coles, product director at Trinity Mirror Group, spoke with Econsultancy about its policy.

The problem is that, even now, it’s not clear what compliance with the law looks like – the main test is clearly going to be what enforcement action the ICO takes. So we’ve looked for a solution that gives clear information and control to the consumer, but without ruining the experience of using our websites. Remember that Trinity Mirror has hundreds of different sites with different combinations of cookies. I’m comfortable that we’ve achieved a balance that’s legal – and that we’re among the frontrunners in the industries we work in in terms of putting consumers in control.

Read the rest of the article at Econsultancy.

Facebook Reaches ‘Settlement in Principle’ in Lawsuit over Ads
Now that Facebook is a public company, it will have to change many of its standard operating procedures. You know, the ones where they would do or tweak something, get massive negative responses and then apologize. But before it went public, there was a lawsuit against them about some creepy ad distribution, “a type of ad that is created when a Facebook user “likes” a product or service. That endorsement is then visible to his or her friends.” According to this Wall Street Journal article, there’s been a settlement agreement in principle with users who sued the social network because the ads violated ‘”right of publicity” law in California.

Facebook has reached a “settlement agreement in principle” with a group of users who allege the social network used their names and likeness in paid advertisements without their consent. The agreement was disclosed in a court filing Monday in federal court in San Jose; the terms of it were not. U.S. District Judge Lucy H. Koh has requested that the parties file a report on the progress of the settlement discussions by Friday. The lawsuit alleges the Facebook ads violated the users’ statutory “right of publicity” under California law. The law protects against the non-consensual use of another’s likeness, voice, name for advertising or selling purposes.

Read the rest of the article at the WSJ.

FCC chief backs usage-based Internet pricing
Many years ago, cable companies read the tea leaves of the digital age, which is why cable companies provide us with Internet. And like the good capitalist companies they are, they try to find more ways to milk money from consumers. That means new fees are coming for heavy users of data, according to Reuters.

The head of the Federal Communications Commission said he supports cable companies’ charging for Internet based on how much a subscriber uses the service, and also welcomed a cable industry initiative to share Wi-Fi hotspots around the country. Most Internet service providers charge a flat fee and price their packages based on the speed of the service. Cable providers have been considering charging based on usage, similar to the way utilities charge for electricity.

Read the rest of the article at Reuters.

The Huffington Post Wants to Help Brands Publish
Brands are good at doing what they do: create and sell products. They’re not so good at creating content. It’s not their business. But as the Web evolves into a place where lines of editorial and marketing blur, it’s becoming clear that media properties can take advantage of their expertise and help brands create content (note: Digiday has recently created a content marketing arm, too). Of course, transparency is key and as the idea of content marketing blossoms, honesty will have to remain embedded in the work between publisher and brand.

Read the rest of the article at Ad Age.

Yahoo seeks to shake up search, Web browsing
Yahoo might be in a state of upheaval, but it’s still chugging along. The company rolled out a new cross-device browser, Axis, which will enable easy search and browsing on iPhones and iPads. The plugin and app “displays search results in a more convenient and visual” way. It’s an interesting move by Yahoo, particularly since it outsourced most of its search business to Microsoft. The idea at the time, and now, is that Yahoo can still innovate on the user interface side of search without battling Google at the algorithm game.

Although Axis works on desktop browsers, its greatest appeal figures to be on mobile devices. That’s because the search results can be seen at the top of the device just by flicking on whatever page might be on the screen at the time. With that, the relevant results appear in a ribbon across the top of the page. Each result appears as a snapshot of the pertinent Web page, making it easier for users to find the right information. Much like Google’s Knowledge Graph, Axis draws its results from a custom-built index. Most of the data in the Axis index resides on Yahoo’s own services. If Axis can’t find answers there, it presents links from Bing’s search index.

Read the rest of the article at the AP.