The Depressed Copywriters Speak Up 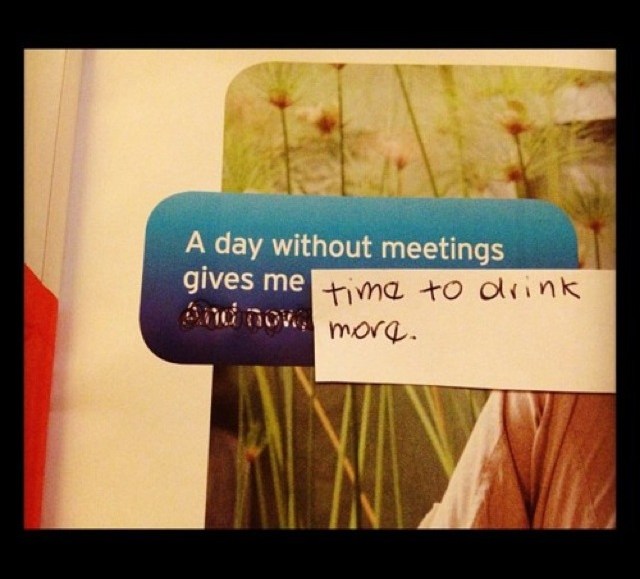 Copywriters at ad agencies are often wickedly funny. And like all funny people, there’s often a dark streak.

That’s abundantly clear in the popular Tumblr Depressed Copywriter, which involves real ads from magazines and newspapers that have been given a special editing treatment from those who apparently see the darker side of things. For example, a magazine ad for The Westin is pasted over so that it reads “For a better you. Become someone else.” You would expect such a jaded project from a beaten-down ad industry vet tired of spending his days talking up product benefits. But, no, Depressed Copywriter is actually the handiwork of a group of young copywriters who just graduated from a two-year masters program in copywriting at the VCU Brandcenter: Chris Sheldon (27), Tedd Wood (31), Mariana Oliveira (25), and Whitney Ruef (24). Sheldon is starting at AKQA New York as a copywriter in a couple weeks, and Wood at McKinney. Oliveira and Ruef are still in the interview process. Ruef took time, between flying off for interviews, to wrangle together her fellow depressed copywriters to talk about their cheeky Tubmlr that pokes fun at what they hope to do for a living. 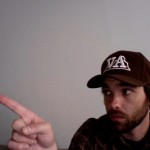 What made you decide to study advertising, and specifically copywriting?
Whitney: I studied economics in college, and I wanted to go into finance. But playing with other people’s money is not nearly as satisfying as you would think it is. Also, I look terrible in a suit and sensible heels.

Mariana: I chose to study advertising because everything else that gives me the same pleasure as sitting around and coming up with ideas that people want to spend time with is either immoral or illegal. And my parents are really Christian, so I have to go to heaven. Also, I was really bad at math.

Chris: I have known that I wanted to be in advertising since kindergarten. My librarian sat us down in a circle as was the custom and told us a story about her husband. She said that he came up with the tagline for M&M’s (“It melts in your mouth, not in your hands”) and that for every time that sentence was spoken he received money. My eyes immediately lit up at the thought of how many mechanical pencils I could purchase at the school store and decided to help him out by saying the tagline before bedtime every night. Twenty-three years later I am now also being paid for things I have written. My dreams have come true.

Tedd: Advertising has never interested me. People do. Ideas do. Copywriting is a great way of working with each. And when done well, it doesn’t look like advertising. Which interests me. 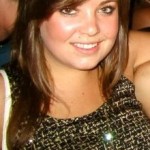 copywriter?
Whitney: No. But it helps. We all went into VCU Brandcenter thinking we knew how to make ads. It’s like boot camp there; they break you down, then build you back up. They teach you what a concept is and how to make work that doesn’t look like everything else.

Why do you think copywriters are so prone to depression, as you put it? Does it have to do with the moral and artistic integrity of using your creativity to sell stuff?
Whitney: It’s probably more about the type of person that decides to become a writer. You’re constantly looking for validation from people reading your work. Everyone considers themselves a writer of some sort, so there’s a lot of opinion surrounding everything you create. It’s exhausting to put your soul on paper and be judged.

Why is it that people in advertising tend to like to make fun of their industry and themselves? What’s up with all the self-deprecation?
Whitney: If you take yourself too seriously in this industry, you’re bound to be disappointed. We propose tons of concepts every day. If you’re lucky, there’s one ad that will make it through and get approved by the client. Then people buy DVRs to skip over it.

How do you all come up with material for Depressed Copywriter?
Whitney: Usually we go to one of our favorite bars and bring a bunch of magazines. We sit there with some beers and work in silence at a table strewn with empty glasses, magazines and little scraps of paper. It’s all very glamorous. After that we compare our ads and laugh at our own wittiness for a bit. Then we post them on the blog.

Were any of you worried that you might offend prospective employers or colleagues with your depressed copy rewrites of campaigns?
Whitney: That honestly never crossed our minds. We figured that the kind of places we want to work for would think this is funny. Hopefully.

What are you most looking forward to in being a part of the advertising world?
Whitney: Money. Just kidding. Well, sort of. It’s kind of cool being able to think of cool ideas, write and get paid for it. 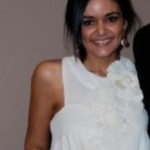 What scares you the most?
Whitney: Doing work that sucks. There’s a lot of it out there, and as young and wide-eyed copywriters, we want to avoid it.

What’s your favorite campaign you’ve seen lately?
Whitney: Along the lines of depressing, the Kraft MilkBite ads by Droga5 are some favorites out there now. We can get behind a little dude with an existential crisis any day. And he’s just so damn cute.

“Mad Men,” yea or nay?
Whitney: We’ll go with a halfhearted yea. Some of us watch it, and some don’t.