The Death of the Dot-Com 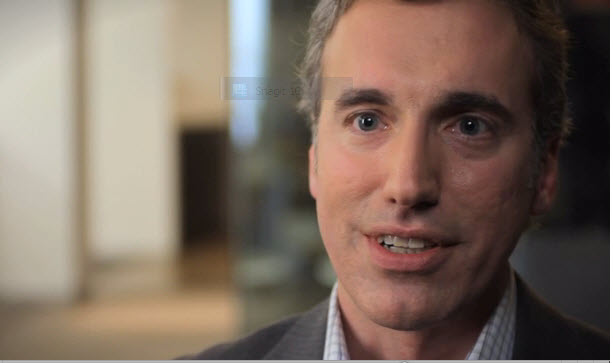 Digital marketing used to all be about getting people to your destination and convincing them to stick around. In the mobile app era, that’s a losing proposition.

Thanks to mobile, people hold the Internet in their hands. Constraints in screen size and connectivity make the simple goal of luring users to your site a moot point. The pipelines still exist, but the traffic flow has reversed; it’s about getting your relevant content to users at their destination. In a multi-screen world, mobile phones, tablets, kiosks, TVs and, yes, PCs are just windows into the Internet. These screens are our third eyes. They augment our experience of the world. They’re like our own personal concierges.

Along with dot-coms, traditional written language is also becoming a thing of the past. Just look at the new shortened lexicon that has been borne from texting (and, yes, I weep for the future of the written language too). Voice search is a step in the right direction, but users don’t want to have to tell their phones — via voice or text — what they’re looking for. The device should be context-sensitive. Point your phone at the Eiffel Tower, and it should tell you about the landmark. Take your phone out in the city around 6 p.m., and you probably want to know about a place for dinner. Google’s Layar experiment and certain augmented-reality apps (like Yelp’s Monocle) have done these successfully, but it’s going to take years before smartphones live up to being truly “smart.”

As mobile phones play bigger roles in consumers’ lives, remember that an app is just another version of a destination site. Proceed wisely if you’re creating one. According to Deloitte, 80 percent of branded mobile apps have been downloaded fewer than 1,000 times. Aside from the burden of jockeying for placement on tiny phone desktops, app development gets you into a continuing maintenance cycle.

If you’re going to create an app, there better be a good reason to do so. Apps are a throwback to the client-server days. If the sole purpose for your app is to deliver content, think twice. Content can be quickly made available via mobile sites, which are much more easily maintained. And as connectivity and device power become more ubiquitous, there will be less need for apps. If you feel you have unique functionality, you should still consider pulling the content into the app from a mobile site. This concept of hybrid apps is being used more often and requires fewer app updates. Plus, it allows you to create your content once and have it displayed across a variety of platforms in the mobile and social space (that’s how Facebook does it, and no one updates content more than they do).

The amount and type of content that needs to exist on corporate websites will become far more limited as content is spread to relevant places across mobile and social platforms via the cloud. In the last year, we’ve seen the rise of branded experiences across social platforms. Some might even say that Facebook brand pages are the new dot-com, with applications and tabs the new microsites. It’s not just Facebook, either. Branded content has moved to YouTube, customer service has moved to Twitter, and now Google Plus has entered the ring. All of these players compete for consumers’ attention as they watch the latest viral video, tweet about their terrible commute or catch up on what their friends are doing.

The audience is on the move, and brands must follow – or be there first. The need for clever content creation is as mandatory as partnering with digitally savvy media partners. As our devices become more enabled, the physical wallet will become a lot smaller. Our phone numbers used to represent the number to our homes. Now our phone numbers are the numbers to ourselves. In this post-PC age of mobility, the new destination is you. Welcome.