The Case vs Banners 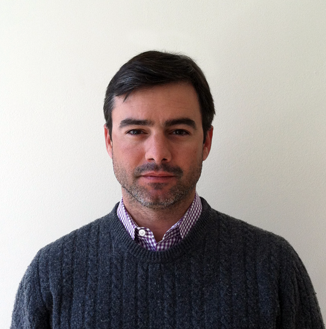 Christopher Batty has recently been named publisher of The Atlantic’s new global business publication after a stint as head of sales at Gawker. Batty talked to Digiday about lessons learned, publishers as tech companies and what outlets he thinks are doing sponsored posts well.

Looking back, what do you think Gawker got right?
Oh gosh — a lot of things were working in Gawker’s favor. First, Nick Denton recognized before almost anyone else that blog publishing systems would level the playing field in an enormous fashion and launched Gawker and Gizmodo both into a content-starved 2002 Internet. Traditional media had breathed a sigh of relief and wound down their investments in digital and there were millions of people bored at work with nothing to entertain them. After that, I would suggest that the recognition on our part that just about everything “standardized” in online advertising led to massive financial losses for publishers guided us to many better than average business decisions.

Many digital publishers, Gawker included, style themselves as part-tech outfits. Do publishers need to be tech firms too?
Like it or not, technology-enabled distribution continues to play a larger role in commercial success than the quality of content. I happen to believe that will change over time but couldn’t predict when exactly. But this isn’t without significant precedent. There’s a reason CBS stands for Columbia Broadcasting System.

Is the banner ad savable?
Well if by banner ad you mean a little Flash rectangles at the margin of engagement, I don’t think that’s something of much value, no. But I see a lot of great things happening in display advertising.

Who do you think is doing sponsored content right and why?
Pretty much anyone doing well in brand advertising online has a healthy branded content, advertorial or real-time editorial calendaring operation in place. I happen to be particularly partial to Apartment Therapy’s work lately. They are a collection of delicious urban shelter publications, like Architectural Digest meets Wallpaper meets Facebook.

Publications are experimenting with publishing inside Facebook. Do you think it’s a good idea to keep readers off an outlet’s site?
Certainly there’s an audience development opportunity to be had with Facebook’s massive platform (as there was with Google, Yahoo — and AOL / Compuserve before that.) But make no mistake, the caliber of the content that Facebook aggregates from individuals is low and poorly organized and will not alone bring the brand advertising they need to fully realize the business. I’m curious to see if they have a new play up their sleeve. Why not syndicate brand pages to publishers and let them do all the heavy sales lift too?