The Case vs Ad-Supported Platforms 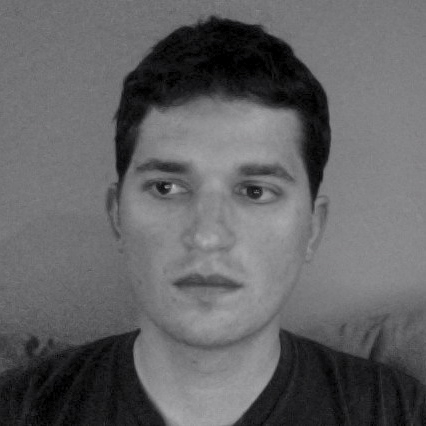 Dalton Caldwell isn’t your typical Silicon Valley programmer. For one, he’s run an advertising business, ad-supported music service iMeem. The dual experiences of being a Silicon Valley technologist and knowing the ad business make Caldwell an interesting critic of the emergence of platforms-cum-media companies Twitter and Facebook.

Caldwell, who is building a subscription-service mobile app developer platform App.net, sees far too many contradictions in what the Valley giants are trying to accomplish. In his view, the seeds of their decline are being sown in their decision to cast their lot with the media business. It’s not to say he hates advertising — he doesn’t, he’s quick to point out — it’s that platforms that act like media businesses end up making decisions that put them in opposition with the developers that operate atop them.

“The black box Web 2.0 notions of advertising are woefully wrong,” he said.

Caldwell spoke to Digiday about why he sees Facebook and Twitter repeating mistakes made by MySpace, the misguided notions of the ad world held by many in Silicon Valley and the limits of ad targeting as a silver bullet. Follow him on Twitter at @daltonc and read his blog.

Just to be clear, you don’t hate advertising.
I understand you can’t take crap and sell it to sophisticated buyers or build an algorithm that will turn hot dogs into caviar. I actually like advertising if you know what you’re doing. I’m really burnt out on the 22-year-olds with startups who think they’re going to build the next Google. I’m not anti-advertising. I’m anti-interruptive advertising. It doesn’t perform, and no one wants it.

Why do you take a skeptical view of the potential of ad-supported platforms?
At the end of the day, I think I understand the ad business and what [agencies and brands] want to buy. A ton of people out here [in Silicon Valley] actually have no idea what they’re talking about when they talk about advertising. This is why I’m worried about platforms supported by advertising. Do the math. I don’t see how they’re going to build a business. If it does work, it’ll be the sort of thing that’s bad for third-party app developers, which is bad for innovation. They’re behaving like media companies, and that’s bad for innovation. They’re running the MySpace playbook, and nobody is willing to admit that. All the same ideas, like the Twitter reality show, are MySpace.

What’s the fundamental flaw of ad-supported platforms like Facebook and Twitter?
“Platform” implies providing a service that others are building on top of. Amazon Web Services provides a platform you can build services on top of. The platform doesn’t reach up and do weird things. In the Amazon example, you can build a competitor to Amazon on top of the platform. You can build anything. They’ll never charge you a percentage of business or threaten to get into your business. That’s a true platform because they’re getting paid to provide a service. There’s not this notion of retribution and reaching through the stack. A media company platform is a leaky abstraction. The people running the platform don’t know what their business is and have been systematically acquiring the people building on top of them, shutting them down, cloning them or intimidating them. The Facebook and Twitter platforms are failing a definitional test of what a platform is.

Why are you skeptical that Facebook and Twitter can live up to expectations with their ad businesses?
The housing bubble negatively affected me. It was bad. Everyone got crazy. Giving a mortgage to someone with no job is not a good investment — no matter how many times you chop it up and resell it, package it and have MIT engineers put risk models together. A piece of crap mortgage is a piece of crap mortgage. You can’t turn things inherently not valuable into something valuable. I’ve been in the ad business. MySpace couldn’t figure out how to turn their page impressions into gold. They built crazy things like HyperTargeting. It was still low-end ad inventory. Maybe someone will figure out a holy grail ad unit. But if I’m being realistic, people have been trying to build this social ad unit for nine years. What are the odds it will be created in the next 12 months, in the time pressure Facebook and Twitter are under right now? It’s a short window for them to pull a rabbit out of the hat. They better figure something out fast, or the laws of gravity will take place, just like the mortgage industry.

What did you learn about the ad business having been with a technology company that operated a media business model?
At end of day, cut the crap about targeting, I was making $2 million a month in ad sales, and roughly half that was selling the index page. We had a 900 x 250 ad unit with rich media and a skin. It was what advertisers wanted to buy. I made $100,000 a day selling our homepage. All our other pages were basically low-end garbage no one wanted to pay for. We either ran networks or no ads. I assumed there would be amazing things we could do and that a page view was a page view. I was selling integrations on the homepage that were rich media, flashy stuff. The notion that I had an infinite supply of inventory of high value was dead wrong. A page view isn’t a page view. I also learned international traffic is worthless. What percentage of Twitter and Facebook’s traffic is in Southeast Asia? You need to rely on your U.S., U.K. and European user bases to make enough margin to carry all your worthless foreign traffic. It’s a Faustian bargain. The people you need to keep the most you have to show the most ads. It has to be in the U.S. and surrounded by good content. That’s why Twitter is doing goofy stuff like doing a video series. Once you are there, you are off the reservation. This is the MySpace slippery slope. You become a media and entertainment company. But if you purport to be an open platform and are producing reality shows, something weird happened.

As a programmer, what was your takeaway of how the ad business operates?
There’s two ad businesses. There’s the brand ad business and then the dark underbelly of ad networks and retargeting and affiliate stuff. It blew my mind to understand how remnant advertising works. There can be like 14 ad calls to deliver an impression. Then, it’s someone selling a ringtone or a belly fat ad. Look at Facebook’s remnant inventory. It’s all ringtone, belly fat scam-type stuff. It’s not stuff that technologists like to think about. You don’t like to think of ringtones or belly fat ads. They don’t want to think about who is paying the bills. It makes you want to look the other way if you’re a programmer. You assume there’s an algorhthm and the advertising will get really good.

What’s the legacy of Web 2.0’s embrace of advertising?
The notion there would be consumer demand for Web 2.0 services was hotly debated at the time. It totally worked. The reason no one wanted to charge was they were scared they wouldn’t get off the ground. To do anything to restrain growth with a Web service is to kill it. I think that may not be true. There is incredible consumer demand. The hand-waving, we’ll-figure-it-out-later approach to monetization will come home to roost. I’m disappointed with what Web 2.0 became. I like to believe there’s a way to build things that are useful. You can build social platforms that are useful and people want and the platforms don’t screw around with users.