The Best Marketing Advice I Got 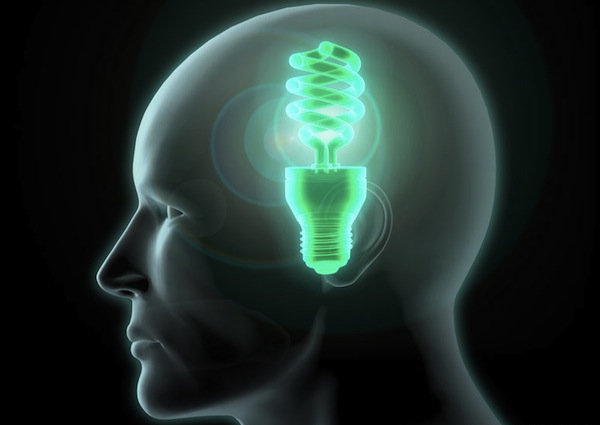 Everyone experiences that “aha” moment at some point in their career. It happens unexpectedly, when speaking with a colleague or a mentor, who speaks words of wisdom. These words can sometimes change a person’s perspective and approach to how they operate in the marketing world. Digiday asked members of the digital marketing industry to share their “aha” moment.

Erich Marx, director of interactive and social media marketing at Nissan North America
Right doesn’t always equal best. Having support and  buy-in across departments divisions to a good plan is often better than shoving what you think the best plan is down everyone’s collective throat. Many A+ plans have failed because people tasked with executing don’t believe in it or understand it. I’ve seen many B+ plans achieve great success because the team believed in it. In a large, multi-national company like Nissan, with a large franchisee/dealer network, this insight has been invaluable at times.

Troy Brown, president of One50one
Years ago, a mentor once told me, “No one ever drowned in his own sweat.” That statement stuck with me because it perfectly sums up how entrepreneurs and leaders must approach their business. It comes down to work, sometimes long, hard hours of it. The “not drowning” part is important because it speaks to perseverance and endurance, which are two critical factors to ensure the best possibility of success.

Justin Evans, svp of emerging media at Collective
In my first week in a corporate strategy role I was tasked with launching a new product in China. Around the table were the project stakeholders from within my company: a Chinese partner, a European team (who held the minority stake in the Chinese partner) and a U.S. team (whose product it was). Thirty seconds into the meeting it was clear that everybody had a different agenda. The partner wanted the fastest revenue the easiest way. The European team wanted their investment in China to grow. The U.S. team wanted to maintain control over the product and its integrity. And I was the kid who was supposed to make this work. After the meeting, the executive leading the project took me aside. “When I hear people complaining about you,” he said, “I’ll know you’re pushing hard enough.” I don’t know how many complaints he got, but in a few months we launched the product and sustained it in the market. I love his line: “Whenever you launch something, it’s going to require somebody to change what they’re doing — which people fear.” His advice gave me the bravery to push, and I haven’t stopped since.

Jeremy Epstein, vp of marketing at Sprinklr
Best advice I’ve ever received comes from an early 19th century military strategist, Carl von Clausewitz. In his classic work, “On War,” he emphasizes that, “No plan survives its first encounter with the enemy.” As soon as the first bullet is fired, all heck breaks loose and plans go awry. As a result, the single most important thing a leader can do is make sure that all of his troops understand the commander’s intent.  Not just what they were supposed to do, but why they were supposed to do it. Because the plan will ultimately blow up, you need to make sure your field troops understand the original objective and then empower them to improvise as they see fit as the battlefield conditions evolve. Marketing is very similar. Plans very often don’t materialize as you envision. Communicate your commander’s intent to your team so they can rapidly assess the best way to achieve the objective as the marketplace (battlefield) evolves. The bold approach is in trusting, empowering, and not punishing your line marketers to improvise and execute as they see fit.

Marci Troutman, CEO of Siteminis
I have had several great pieces of advice over the years that have helped me tremendously. First, it never hurts to take a meeting, you never know where it will lead and what you will learn. And second, build your network with only those individuals that will make you a better person, and avoid those that bring you down. Last, don’t hesitate to test an idea out, you won’t ever find out if it works unless its thrown out there. If it fails then that just means you need to tweak it, rework it and throw it back out there again. The best and most successful ideas that have worked have gone through several phases of rejection before their success.

Jeff Hasen, CMO of Hipcricket
I’ve seen the promise of integrated marketing under-deliver more times than not. The business concept may appear to be a no-brainer, but unless you have buy-in and trust at all levels of the organization, personalities, insecurity, profit-center issues, and lack of understanding of the role one should play/not play, make things uncomfortable or worse. When developing teams during my agency years as well as those on the corporate side, I’m first looking for team players who know what they are good at and know that they will excel being at the table with like-minded complementary marketers who bring value through expertise in another discipline like PR, direct, mobile, or more. They are hard to find, but essential and well worth the effort.

Greg Wester, executive vice president of Mobile Posse
First, to be big and bold, start at the end. By that, I mean, make a bold proclamation of how your marketing story ends, then work backwards from there. Don’t sweat the tactical stuff. Second, to be big and bold, remember to speak to the smartest person in the room. If your marketing speak doesn’t, you’ll waste time and energy.