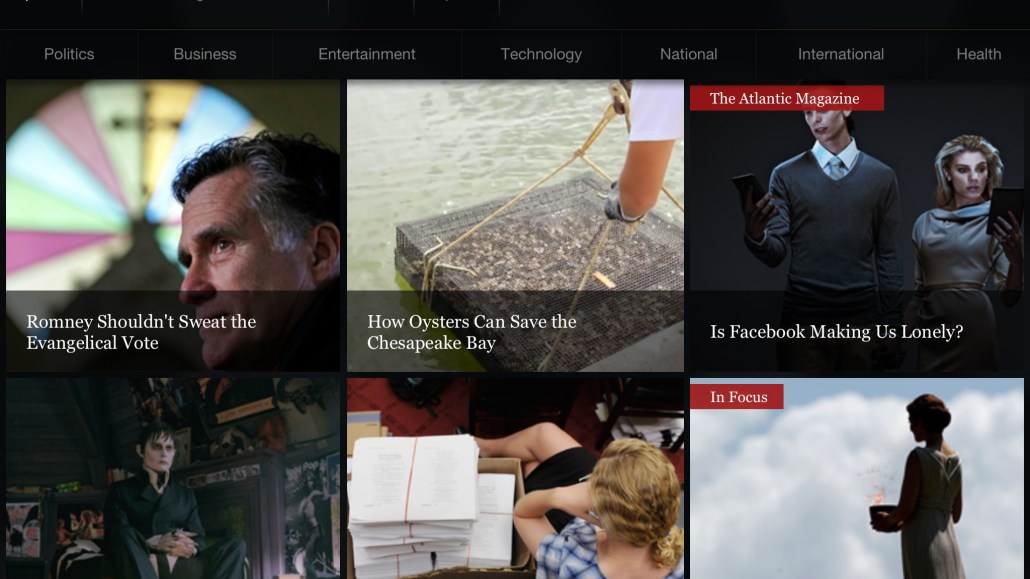 The Atlantic Media Company is hardly new to publishing. Its history stretches to 1857, but for an old guy it’s proven to have some serious digital moves. Its outlets — The Atlantic, The National Journal and Government Executive — have aggressively transformed it into a digital company. Now, the company is trying to prove that it can build a global brand from scratch.

Four years ago, its traditional-to-digital-audience metrics were at a one-to-one basis, meaning for every traditional reader there was a digital one, according to Justin Smith, president of the Atlantic Media Company. Now, he says, on average, its digital audience is 25 times higher than the print audience. According to ComScore, The Atlantic got 3.6 million uniques in April 2012. On the advertising side, more than 50 percent of its revenue will come from digital.

“Our history is in traditional print media,” said Smith. “What we set out to do was to disrupt ourselves in a sense. We decided that we wanted to be a digital media company participating in the high-growth markets and digital media. We went about the process of thinking through the questions, how do we disrupt our own company if we were challenging digital brands attacking us?”

The Atlantic Wire might be the best example of this. Launched in 2009, it has become a mainstay of the blog set, delivering a fast-paced news experience. It also has Atlantic Cities, which started in 2011, that looks at the cross-section of trends around the urbanization across the globe.

Quartz is its boldest move yet. Helmed by ex-Wall Street Journal reporter Kevin Delaney and slated to officially launch later this year, Quartz is looking to succeed where Portfolio most recently failed. It plans to take a global perspective — sprinkling correspondents around the globe — and offer a mix of magazine-like analytical content and the short bursts and infographic fare that’s more au courrant on the Web but aimed at global business leaders.

Quartz is also taking an interesting distribution by focusing more on mobile and tablets. Its content won’t be created for Web reading, then ported over to tablet and mobile, Delaney said. Instead, features will be native to those environments. One trend Quartz is not joining: paywalls. All its content will be free on desktop, mobile and tablet.

“I think there’s room for a new outlet that’s digital, that’s focused on mobile and tablet with themes on the global economy, and not constrained by having a paywall around the reporting,” Delaney said.

Smith says 2012 has been good to the company. It’s on course to having its best financial performance in its history — both on revenue and profit. Smith points to two key reasons: disrupting itself and then anticipating the next curve.

“The main reason we’ve succeeded is that we’ve been radical and aggressive about implementing a digital-first strategy,” said Smith. “What you see in traditional media, companies pay lip service to digital transformation or consider digital transformation as an incremental or partial exercise — change around the edges or reorganize, but not a complete, radical, aggressive uprooting of the culture and talent base. And that’s what we’ve done.”

Smith is no stranger to the global marketplace, having spent many years at The Economist working in London, Hong Kong and Paris. He believes the company is in a good position to go on the offensive. As the company and its culture has rallied around the digital-first mantra, it has created the opportunity to be in what Smith calls “adjacent marketplaces.” Cue Quartz.

“Our feeling is there’s an opportunity to innovate that others haven’t exploited,” said Delaney. “It’s an opportunity we have because we’re starting from scratch. Mobile is a pretty logical step to view as the primary platform.”

Headquartered in New York City, the outlet plans on having at least one correspondent in Asia, one in Europe, and it will work with freelancers and stringers in important areas of the world for its launch. The company already snagged a few top industry people; Chris Batty, from Gawker, will serve as publisher; former WSJer Zach Seward will be its senior editor; and former New York Times product engineer, Michael Donohoe will be Quartz’s product engineering director.

“The people we’re hiring in New York are international people,” Delaney said. “We’re looking for people who speak different languages, who can write about the world in a sophisticated fashion.”

The publication will also take a different path down the content creation road. There will be data visualization, short- and long-form articles, and blog-like aggregation.

“Core to us is the fact that editorial innovation and a desire to be creative about the form of what will be excellent journalism underpins what we’ll do,” said Delaney.

Quartz will have its own dedicated sales team but will also lean on the Atlantic Media Company’s sales force. It will target big global brands. Like other publishers nowadays, Quartz is turning its back on standard display ads. Instead, according to Smith, Quartz will be “innovating and experimenting quite widely in the area of branded content.”

“Many of the advertisers we have relationships with care about global business and want to target influential customers,” Smith said. “The high-quality content required to engage this global business audience is something we believe we can create and produce given our heritage and history of the company — of producing high-end intelligent content.”