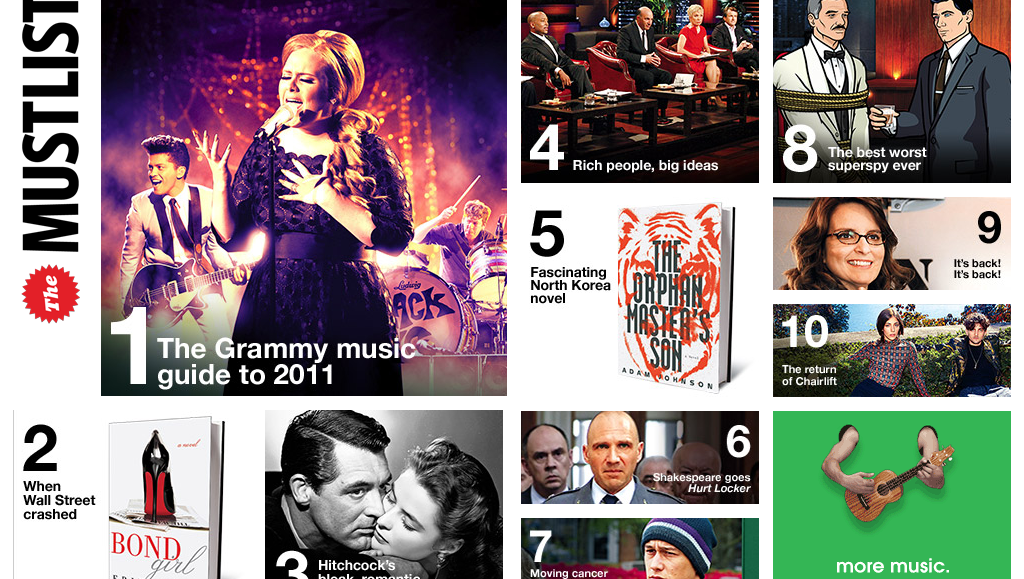 Tablets have been repeatedly hailed as the savior of the publishing industry, promising media owners the opportunity to reinvigorate their ad businesses with flashy, interactive executions, and a second chance to convince readers to pay for digital content. But some are seeing if iPads and the like could open up revenue possibilities beyond just ads and paid access.

Perhaps the most obvious opportunity is around e-commerce, an area publishers are already exploiting on the desktop Web that’s now being extended to tablet content. Publishers have long thought of the Web as a place that would marry both publishing and shopping. In the dot-com era, “content and commerce” were regularly used buzzwords. There’s a resurgence in interest in the notion, driven in part by new digital devices like the iPad.

Time Inc.’s Entertainment Weekly iPad edition is a good example. It includes multiple opportunities to purchase media related to the content of the magazine. Alongside its music reviews, users are invited to buy albums and tracks from iTunes, for example, while it’s book review section is scattered with “tap to buy book” links that funnel users through to Amazon product pages. Movie reviews even point users to Fandango to find showtimes and purchase tickets.

“I think you’re going to start to see commerce embedded into editorial more around these experiences. I’m surprised how little it’s been done, to be honest,” said Jon McVey, Creative Director at WPP-owned digital agency Zaaz, which has worked with EW on its tablet products. “I think more publishers will take similar approaches.”

Tablet users have already demonstrated a high propensity to buy. Visits to retail sites from the devices result, on average, to 21 percent greater average purchase amounts than ones from desktops and laptops, according to data from Adobe, for example. It’s not, however, only Time that’s spotted the trend. Hearst’s vp of its digital editions, Chris Wilkes, said the publisher sees the integration of commerce as a big opportunity.

“Data on shopping via tablets is mind blowing, and it’s clearly a huge opportunity for us. Magazines have always been the premier discovery vehicle for readers to learn about all kinds of useful and entertaining products and trends. This influence becomes much stronger with connected devices that allow readers to quickly learn about a product and actually make a purchase. It’s extremely powerful,” Wilkes said.

Hearst already has a relationship with Amazon and receives affiliate-like payments for driving purchasers to the retailer. For example, Good Housekeeping’s site points users there to buy some of the products featured in its editorial content, such as its reviews section. That relationship could easily be extended to its tablet properties, if it isn’t already. Wilkes declined to specify whether or not that type of arrangement is currently in effect across any of its tablet editions.

Spotting an opportunity to extend its audience and revenues further, EW also launched a free app last year featuring content from the “Must List” feature of its magazine, which again incorporates links to buy content such as music, movies, and TV shows from iTunes and other vendors. In addition, it features sponsorship – this week by Toyota – and rich-media ads throughout. “It’s a way to extend the brand, and an added revenue stream,” a Time Inc. spokesperson said. The company receives commission on the traffic it sends to those vendors.

There’s another key advantage to delivering content digitally versus in print, of course, and that’s data. As tablet audiences continue to scale, the opportunity for customized ads and content for different regions, and even specific users, becomes huge.

“As we further develop and create scale with our digital editions, we can put our regional capabilities on steroids, and expand the services we offer to both readers and advertisers,” Wilkes explained. Even though tablets aren’t as “mobile” as smartphones, there’s still huge value in being able to pinpoint a tablet’s location, he added. For example, that data could be used to inform not only ads, but e-commerce-supported content, too.

McVey predicted a blurring of the lines between editorial and marketing will inevitably occur as users become more and more accustomed to it. “I think we’ll see a convergence of content and commerce begin to replace advertising,” he said. “People have such a filter on advertising now, it needs to be more embedded.”

He pointed to in-image ad companies as another example of the potential overlap between editorial and advertiser content. “Commerce is an additional revenue stream and could underlie all of this content.”