SXSW: Why Nike Is a Tech Company 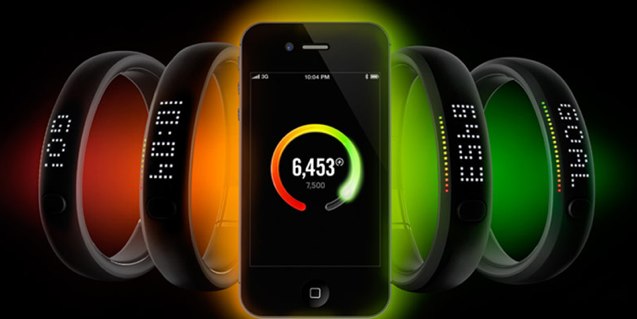 South by Southwest is filled with the creme de la creme of Silicon Valley startups, but one of the most interesting innovations is from a company that traces its roots to liquid rubber poured on a waffle iron.

Nike is now a tech company, as evidenced by its huge bet of what it calls “digital sport.” The brand has massive presence at SXSW this year to promote its FuelBand product and wider Nike Fuel concept. The FuelBand itself is essentially a glorified step counter, data from which Nike combines with a proprietary algorithm to calculate a fuel score – a measure of how physically active you’ve been that day.

And along the way Nike Fuel is going to arm the brand with the crude oil of the digital world: data. It will have access to reams of activity data, thanks to Nike Plus and other products. That will allow the brand to do a range of things with the resulting data, especially in the social space. Its Nike Missions app on Facebook, for example, lets users compete against their friends and professional athletes to see who can accumulate the most points over a specified period of time, and, of course, encourages users to telegraph their interactions across their network.

It’s also integrated with Foursquare. Users can sync their accounts on the popular geolocation service with their fuel bands and visit nikefuelhotspots.com to see at which venues around Austin people are generating the most points.

That service is currently geared towards SXSW attendees, but it’s easy to see how that data could open up a range ways for Nike to integrate with a third-party digital products and services. Fuel will become the de facto standard metric to represent physical activity in the digital world, the company hopes.

To that end, it has also launched its first API, which grants third-parties access to users’ fuel data for use in their own applications. It hosted an all-day hackathon yesterday during which it invited developers to create their own mash-ups, a clear sign that it’s eager to reach out to the developer and wider tech community.

This is Nike’s first appearance at SXSW, but it’s pulling out all the stops. As well as its indoor venue, it has an outdoor lot, where it’s holding sporting events and showcasing various athletes. It’s all geared towards helping people gain Fuel points. Nike has a gigantic LED-encrusted warehouse that will double as a pop-up store for the new product and a live music venue over the course of the next week.