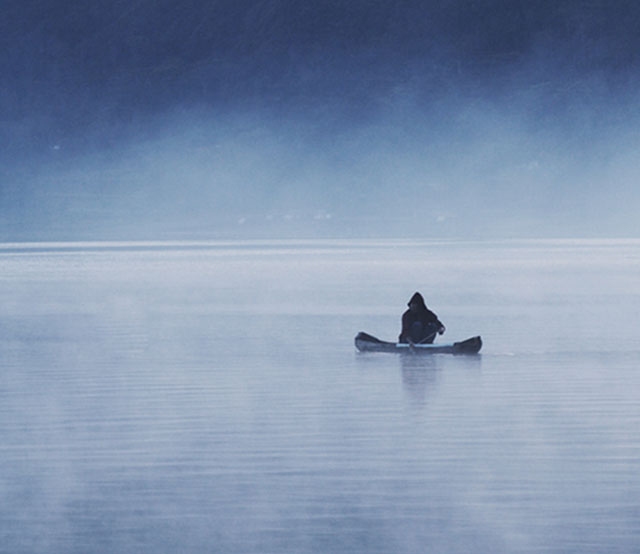 Publishing used to have an arrogance problem. If it wasn’t reported there, it didn’t exist. Now it has an aggregation problem, as the pageview-driven digital ad system has taken publishers hostage. It is either aggregate or be aggregated.

This hit home recently. On Friday, we did a somewhat silly Friday feature on digital executives “then and now.” One photo in particular, showing an emo teen version of Tumblr exec Rick Webb, piqued interest. Business Insider took a screenshot of the before-and-after shot, copy and pasted a paragraph, and then slapped on a sensationalist headline and called it a day. The author linked prominently to Digiday in the quick-hit post. The result: It generated 224 pageviews for the Digiday story. Along the way, BI banked another 1,500-plus pageviews — and that many “welcome ad” impressions along with multiple banners and a “native” video ad. Meanwhile, Digiday’s original post — thought up and executed by our staff — got 2,500 pageviews. Is this a fair trade?

When I raised this point on Twitter on Friday, Business Insider editor Steve Kovach made this point: “Would love if Digiday sent readers to my stories. I wish people took me seriously enough to aggregate my stuff.” The message: Be lucky a big-traffic site like Business Insider gives you exposure.

This isn’t about Business Insider exactly. It produces lots of great original content, from the break of the Twitter acquisition of Blue Fin Labs to CEO Henry Blodget’s (hopefully) tongue-in-cheek documentation of flying coach. BI is just the latest poster child for turbocharged growth via a “lean” media model. In five years, it has gone from 1,000 visitors a day to 1 million. It’s an attractive model.

I went back and examined the stories we’ve produced that BI has aggregated without, in my mind, adding much originality or added value. It appears that for every five pageviews we produce for BI, we get one in return. Overall, in the past year, Digiday has gotten 8,713 visits and 14,379 pageviews, or .04 percent of our total pageviews, from BI links. Every little bit helps, I guess. Along the way, we contributed over 90,000 pageviews to the BI machine from posts in which the overwhelming majority of the actual reporting, if not all of it, was done by our staff. It’s no wonder venture capitalists like the BI model. Repeat that 5:1 situation enough, and you’ve got a “scalable” business even Silicon Valley types could love.

BI is about massive scale — and brags about the efficiency of its editorial staff. The key to understanding this is the race to the bottom of display ad CPMs. The way to combat these depressed prices is to lower your cost of production per pageview. This is why Blodget is bullish on his model. Enter aggressive aggregation. The author of the aggregation piece on our “then and now” story produced another three that day. That week, he published 21 posts. That’s efficient. Most Digiday writers do five or six per week with the understanding that their work is all to be original and differentiated. 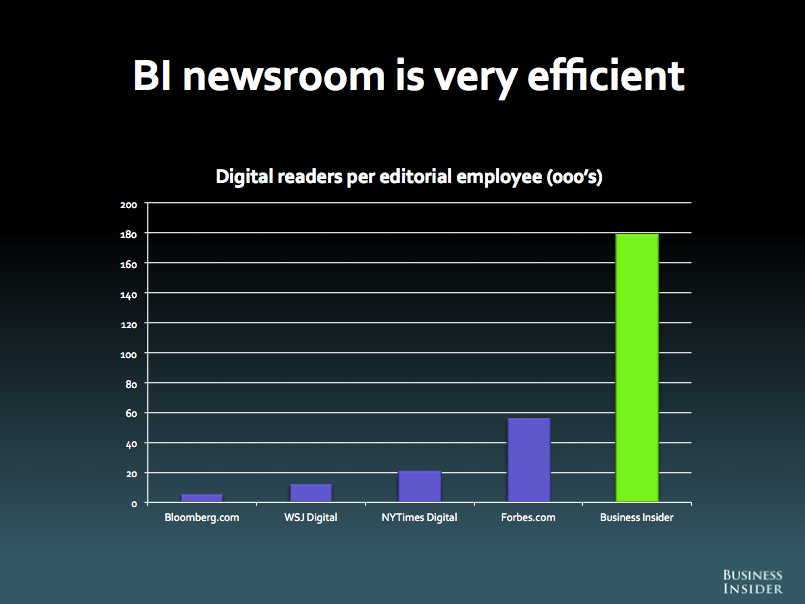 Based on my experience, I can’t help but wonder if BI’s “efficiency” is bought at the expense of others. It’s like European countries bragging about low defense spending while relying on the U.S. to do the heavy lifting through NATO. It’s easy to be efficient when you draft off others.

Take our confession with a female agency exec. This struck a chord throughout the industry. Colleen DeCourcy, the exec behind the piece, decided to come forward, and we added in a particularly crude segment of her piece that was originally edited out. BI copied and pasted this part, put on a sensationalist headline, and banked 10,200 pageviews for its 15 minutes of work. It sent us 338 pageviews. Another story we did detailed how ad execs felt about the challenges faced by millennials in the workforce. BI copy and pasted four of these responses, added in a couple other quotes from other sources, then banked another 12,300 pageviews. This time, Digiday did better, receiving 1,000 pageviews in return. Is that a fair trade? I’m still not sure. Another BI post took photos we posted of the sexism at Ad:Tech and made it into — you guessed it! — a slideshow. That post got 54,000 pageviews. I can only track nine visitors back to our site.

Aggregation is going nowhere. Even top-flight sites like The Atlantic do it. There have been efforts to define what’s responsible aggregation — please don’t call this curation — and they are worthy. It comes down to adding value. Copying juicy bits or taking screengrabs isn’t adding value. The pressure for pageviews sucks, and the effects of it are leading many publishers to make choices that aren’t in anybody’s interests.