Stretching the Truth in Digital Media 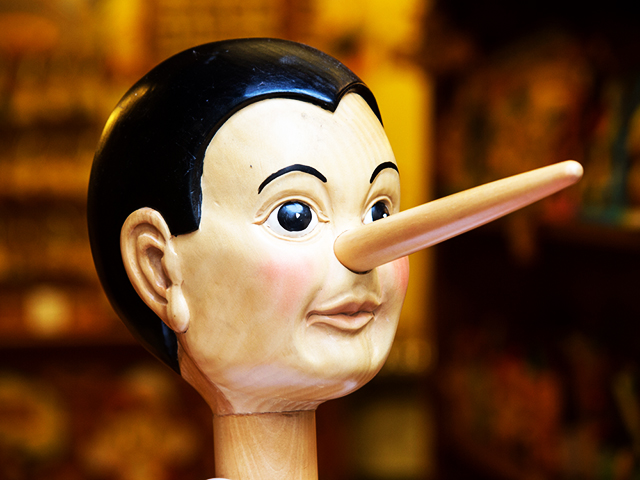 Truth is a tricky thing in the media industry.

Whether it’s what publishers say to agencies and brands to get their money or what agencies say to themselves about their position in the chain, half-truths and obfuscations are the norm.

And yet like most industries there’s an unwritten code of conduct about what’s OK and what’s not. It’s expected for an account manager to lie to the creative team about why the client rejected their work. Nobody believes rate cards. Agencies routinely, well, stretch the truth about their capabilities and who will work on an account during the pitch process. There are taboos, however. It’s not all right for an agency to lie on time sheets for clients. At least not when the client is the government — ask the Ogilvy execs who went to jail for that.

A publisher’s sales force also builds up a reservoir of untruths when it sells. Of course, the spin on that is that a salesperson is trying to put its outlet in the best possible light. This isn’t exactly new. It’s sales after all. For example, in the days of print media, publishers would embellish circulation numbers with beyond-belief “passalong.” Now, it’s around audience metrics.

“They’re quoted everywhere, but neither agencies, nor their clients, nor the publishers themselves really believe those numbers,” said Jason Pontin, editor-in-chief and publisher of MIT Technology Review.

Then there are publishers that simply game the system. The Web world is full of tricks to goose pageviews, which continue to be the coin of the digital realm. That can mean anything from hyper-aggressive aggregation of others’ work, practicing the dark arts of SEO or employing the ever popular mullet strategy — business in the front (serious articles for a highly valuable demographic) and party in the back (eye-candy posts to draw traffic).

On the agency side, half-truths run rampant; it’s endemic of the culture. Agencies are in a hyper-competitive services business. That means doing pretty much anything to win accounts, even if it means stretching the truth on what the agency can really do. After all, there are plenty of agencies out there “faking it till they make it” in digital.

“I love it when a client calls them on it,” said an agency exec. “A lot of it isn’t looking at what are we here for — to sell the product — instead, in most cases, it’s to sell ourselves.”

And within agencies, there are half-truths. Sure, creatives are about driving a client’s business forward, but in reality they’re often more about driving their careers forward. That means awards, which are gotten from big sexy creative efforts, not necessarily achieving business goals.

“Sometimes the not sexy thing is the right thing to do,” said one former agency exec. “We give too much credit to the shine, and not enough to the pragmatists.”

When the creative isn’t very good, that’s when the lying really kicks in. With creatives known for their sensitivity, account execs are forced to come up with alternative reasons for why the client rejected their work.

“You’re not allowed to say [a creative’s] work is crap,” one agency exec said. “I’ve seen where we have presented on a pitch where no one thought the work we presented was very good, but no one would tell the person the work sucked. I couldn’t believe that. Where else does that happen? You have to be careful of the creative’s feeling?”

Brands aren’t innocent in this, either. The brand exec told me that “messages [and the supporting creative] are developed to please executives and everyone knows it. They are not created based on data or customer needs.” Many campaigns are made at the whim of a top executive.

For all these selective representations or persuasive interpretations from brands, agencies and publishers, they’re all like Honest Abe Lincoln compared to ad tech vendors, whom everyone believes are just a bunch of lying liars.