The state of native ads on mobile in 5 charts 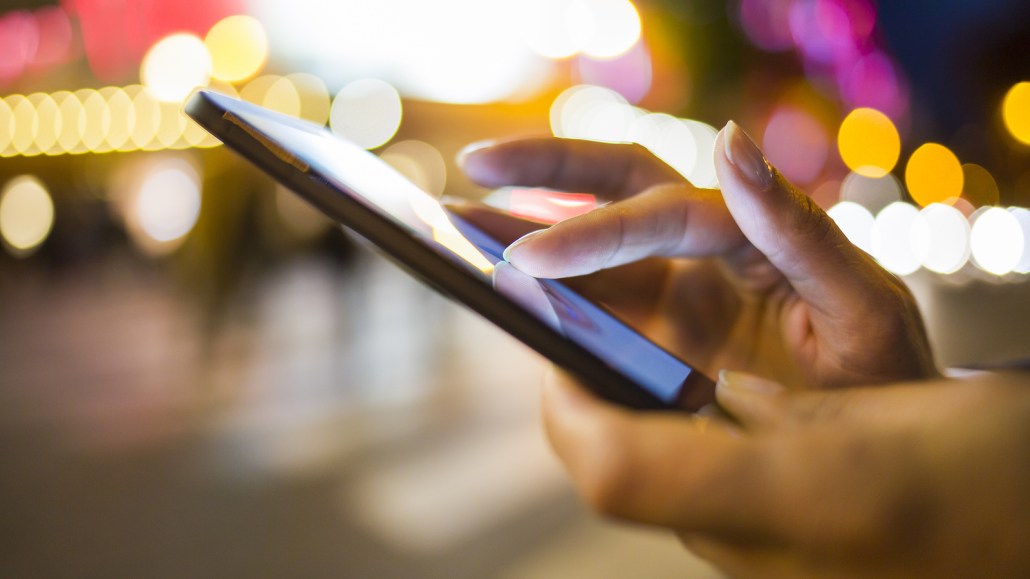 Mobile monetization is causing a big headache for publishers. While consumers spend more of their time on their devices, the platform isn’t getting a proportionate share of ad revenue: ad rates are nearly one-fifth what they are on desktop.

And while banner ads perform badly on small screens, native ads are showing promise as a way to get consumers’ attention on mobile devices. Consider Facebook’s experience with mobile: according to a study by Marin Software, click-through rates of Facebook’s mobile-only newsfeed ads are 187 percent higher on mobile than on desktop.

There are catches, of course. Native ads’ performance is driven by a lot of factors. Ads do better when they appear on article pages and blend in with the host publisher’s editorial style, but if they look too much like the surrounding editorial, they could turn readers off. Their formats aren’t standardized like banners are, which makes them harder to scale.

Here, then, are five things to know about the current state of native ads on mobile.

Polar, whose native ad platform is used by The Huffington Post, Condé Nast, Bloomberg and others, packaged up a set of benchmarks that show how the format is performing on mobile, tablet and desktop. Polar found that native ads do better on mobile than on desktop, where native ads have to compete with so many other elements for attention. However, mobile devices aren’t all created equal when it comes to native’s performance. Click-through rates are higher on smartphones than on the desktop and tablets, which is closer to the desktop experience than the smartphone.

That trend carries through to engagement. On average, time spent on native ads also is higher on smartphones than on tablets and desktop.

Humor is a good way to get readers’ attention. Sharethrough dug into the engagement by category of the native ads run through its mobile platform in the first half of this year and found that humor and satire performed the best, followed by how-to, customer stories and informational posts. (Engagement could mean clicking to expand the unit, playing it in-feed or clicking off to a piece of content living elsewhere.)

Publishers still have a way to go in getting advertisers to catch on to mobile as a vehicle for native advertising, even though mobile is catching on: According to Sharethrough, there was a 309 percent increase in pieces of mobile native ad content run through its platform from January to November.

Brands and advertisers are still getting comfortable with mobile, said Cathy Boyle, senior mobile analyst at eMarketer. Scalability is a challenge to doing mobile, as producing content for multiple publishers across different form factors can quickly eat up resources. “One app developer may say you have to sponsor a section; another might say you need to produce five recipes,” she said. “It not only becomes resource-intensive, it becomes a buying challenge.”

Finally, mobile is still siloed on the buying side, which could be holding back mobile adoption.