How Snapchat pitched advertisers a $1.8 million Snapchat ad during the 2015 Super Bowl

This year is the first Snapchat has inked deals with big brands for a Super Bowl ad campaign on the platform, but it’s not the first year it’s tried.

Last year, Snapchat was out seeking a single big-name sponsor to spend $1.77 million on video ads in the app on game day. That works out to about 40 percent of what a 30-second commercial would cost during the game. Snapchat was offering the brand three “snaps,” which it calculated as costing 9 cents per unique view. It estimated viewership, over 24 hours, of 15 million with average viewing time of 2.1 minutes

The sponsorship opportunity never materialized, as Snapchat did not post a Super Bowl Live Story last year. It was unclear why the app didn’t get to partake in Super Bowl marketing last year, and this year it sold out its ad offering, according to sources, although it’s unknown at what price level. (Sources put it at “low seven figures.”)

Still, last year’s pitch deck last year — and the big price tag Snapchat was seeking — provides a glimpse into how Snapchat is presenting itself as critical to advertisers during big cultural events. Last year, Snapchat promised up to 15 million viewers would watch a Super Bowl story last year, when it was far smaller than its current 100 million-plus daily user base. Snapchat Live Stories are a main part of the app, where top media and entertainment brands post videos from special events and the sell sponsorships among the videos.

Here’s last year’s pitch deck that explained it all. It’s important to note that the pricing, audience numbers, and other technical specifications are from a year ago. 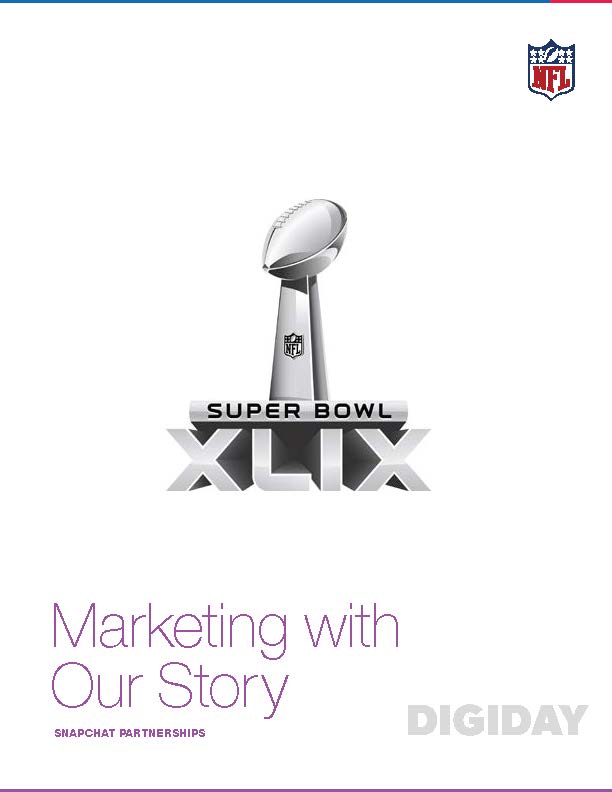 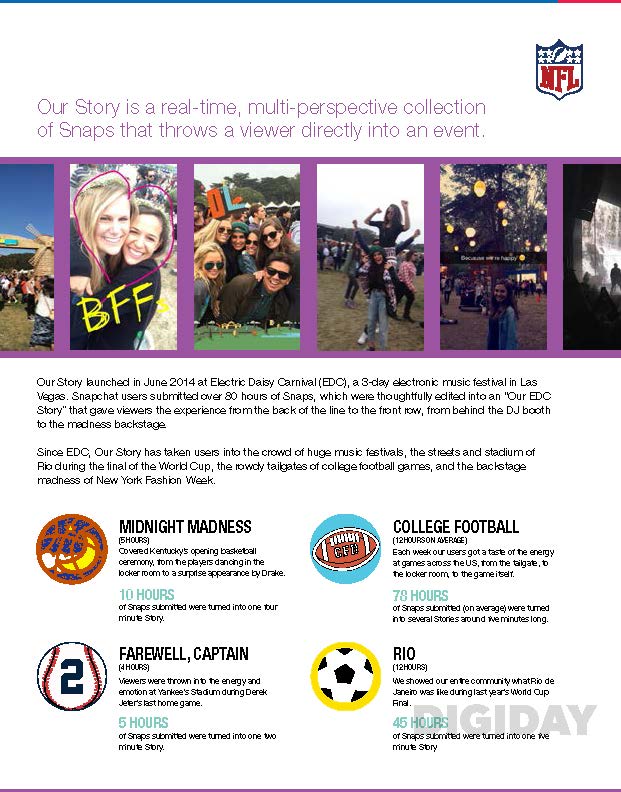 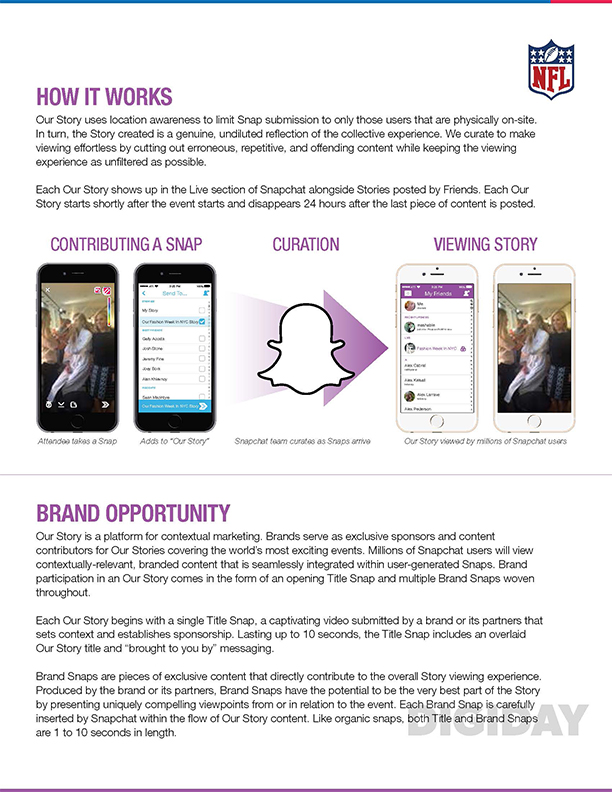 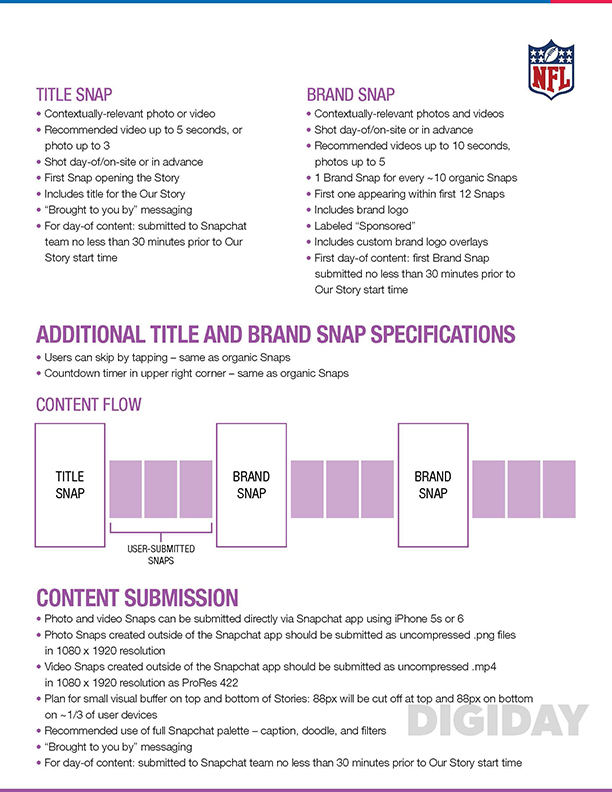 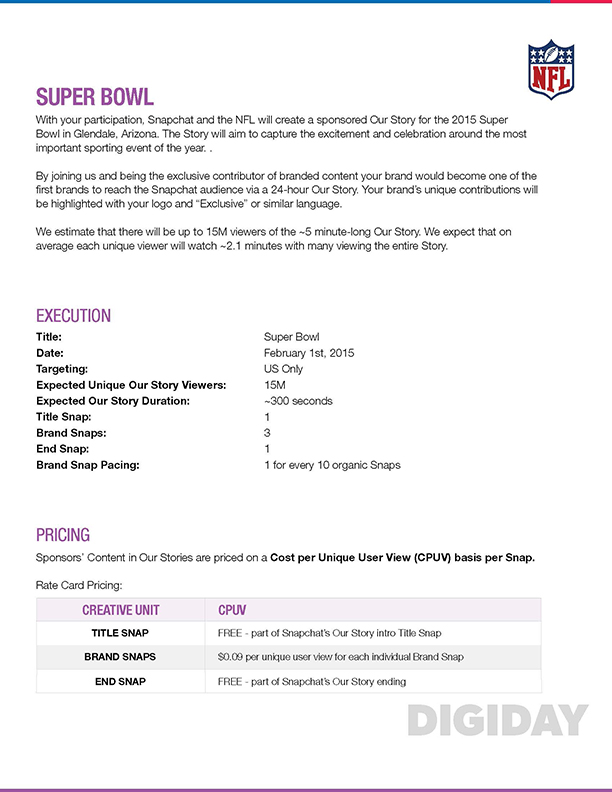 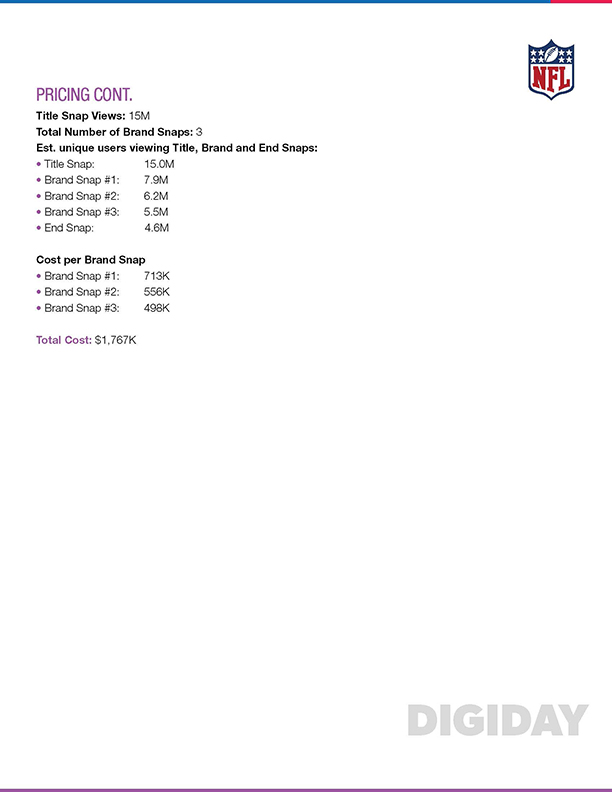