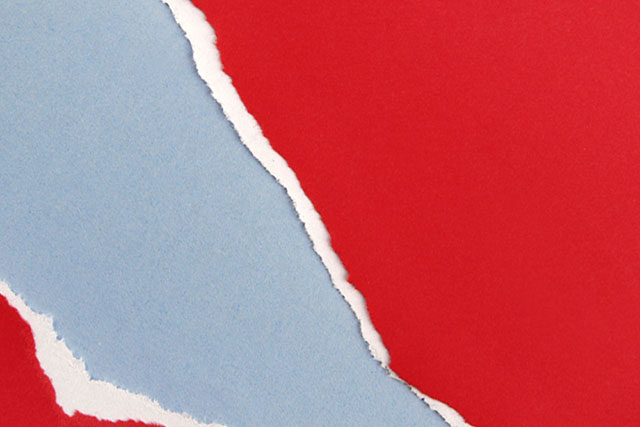 Times are a changin’ in media. That’s led to a scramble when it comes to the most basic of things: what roles people play.

It used to be straightforward. Publishers created content to attract audiences, agencies made ads, advertisers paid the bills. Everyone went home by 5. Forget about that. Now, publishers are trying to make ads, advertisers are taking the lead from agencies, and agencies are figuring out what they’re doing.

Earlier in the week, Brian Morrissey wrote that journalists are doing themselves a disservice by staying aloof from advertising, the very business they’re in. His argument was the mishap with The Atlantic’s Scientology “native ad” shows that journalists need to be more involved with the advertising, rather than vice versa.

Rich Ullman, a vp at Visual Revenue, cautioned that the journalist’s role as audience developer isn’t the same as being in the ad business.

Journalists and media are in the audience business. No, it’s not the advertising business. The journalist’s (loosely defined) job is to create the content that serves their audience. If it serves a different one (particularly advertisers who might be a disconnect), they’re doomed to fail. No one, except perhaps the readers of Vogue et al, come to a media property for the ads. Responding to declining CPM’s or ineffective display ads by throwing more ads on the page may provide a short term fix, but its a long term disaster. That doesn’t serve the audience at all. Unless, of course, you’re Google Adwords.

The role of agencies is in constant flux. One mainstay of the agency business: long hours. Jack Marshall wrote that the tradition of putting in absurdly long hours, and wearing them like a badge of honor, is unnecessary and ultimately counterproductive to fostering creativity. Digiday polled its readers to get a sense of whether this aspect of agency culture needed to change. A staggering 83 percent out of 130 polled think that advertising agency employees are terribly inefficient getting the job done. 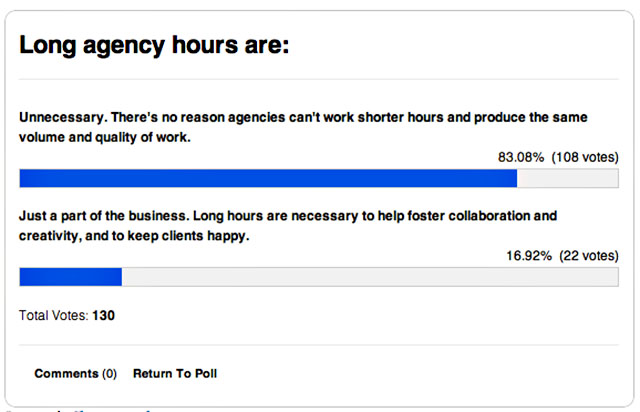 When agencies become inefficient other companies take it upon themselves to do their work for them. In “5 Ways Brands Are Cutting out Agencies,” publishers and brands explain how they’re reshaping their companies to exclude the help of agencies. Darren Herman, chief digital media officer of Kirshenbaum Senecal + Partners, said, “If agencies are purely middlemen, they deserve to be cut out. Clients should pay for value and leadership from agencies.”

Is there anything that could help the agency world get it together? Digiday’s senior editor Giselle Abramovich asked brand execs what they would like to see agencies fix. Many complained agencies don’t have a real understanding of their business challenges. At AdPulp, copywriter Dan Goldgeier thinks brands aren’t even really trying to help.

If brands truly want agencies to fix themselves, they have the power to make it happen. Go in and demand to meet and engage all the people who work on the account. Skip the fluffy PowerPoint decks and ass-kissing strategy sessions that have little bearing on what the agency ultimately produces. And encourage everyone in the agency to understand their business inside and out, to produce ideas that aren’t just cool, but build business as well. And then pay for those ideas. Until “brand execs” do these things, they won’t fix anything.