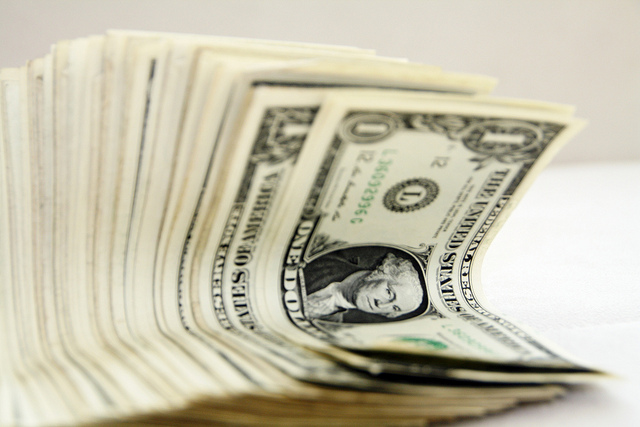 The shift from analog to digital media is often heralded as a move to “efficiency.” What that means at the end of the day is it’s easier for marketers to do more with less, and that usually means ad spending.

More evidence is coming in that marketers have used the long economic downturn not just to temporarily pull back ad dollars but to begin rethinking whether they’re needed. This is coming hand in hand as marketing budgets inexorably shift to digital channels, where marketers can execute a variety of programs on the cheap.

The Society of Digital Agencies notes this in its new annual state of the industry report. The group hired Econsultancy to survey 651 marketers and agencies, about evenly split between the two camps. The results led the group to conclude that a dollar shifted from analog media becomes 20 cents spent in digital media. That would be an eye-popping 80 percent discount.

“They’ve taken that money off the table,” said Tony Quin, CEO of IQ and chairman of SODA. “It’s not going to come back anytime soon. It’s good for the digital industry, not good for the entire advertising industry. It’s a reflection of the difficult times we’re living in.”

SODA, which, to be fair, is comprised mainly of shops that don’t rely on ad spending, isn’t alone in charting this “evaporation effect,” in the words of Magna Global forecasting exec Vincent Letang. Magna estimates ad spending is still off from its peak five years ago. It might take a while to get back there.

There’s also anecdotal evidence of this shift within top brands. Nike is holding a launch event in New York City this evening for its ambitious Fuelband project. The wristband measures all manner of daily activities for users, allowing them to then dive into the data later. The effort comes out of Nike’s digital sport unit that’s hoping to capitalize on the success of the Nike Plus running system. But as Fortune notes, Nike is spending a fraction of what it once did in TV ads. And that money isn’t going into banners, that’s for sure.

Even the biggest breakout ad seller of the last few years, Facebook, isn’t making nearly as much money from selling ads, per user, as its peers. It takes in about $4.40 per user versus versus $7 at Yahoo and $10 at AOL. Sure, Facebook is still building its ad offerings, but those figures are also an indication that brands can do so much on Facebook to connect with consumers beyond advertising.

SODA does see paid digital media increasing. Fifty percent of respondents said it would versus just 22 percent for traditional media. Perhaps as telling, 66 percent plan increases in outlays for paid and owned media, which are arguably the biggest opportunities for brands in digital media. When asked what would get increased priority in 2012, for instance, 61 percent said content creation like blogs, and 57 percent said mobile Web development. By comparison, just 36 percent said digital ad development.

The bad news for agencies of all stripes is the shift to earned and owned media won’t benefit external service providers as much. The survey found marketers plan to beef up internal resources more often than external. That’s because, for the most part, brands are finding social media needs to be an internal capability rather than something outsourced to an agency.

“The old way was just throw money at [the problem],” said Quin. “The more ads you buy, somehow, magically, that turned into more sales. Consumer psychology has changed. They distrust advertising because they have alternatives. You can’t just throw money at social and digital media.”