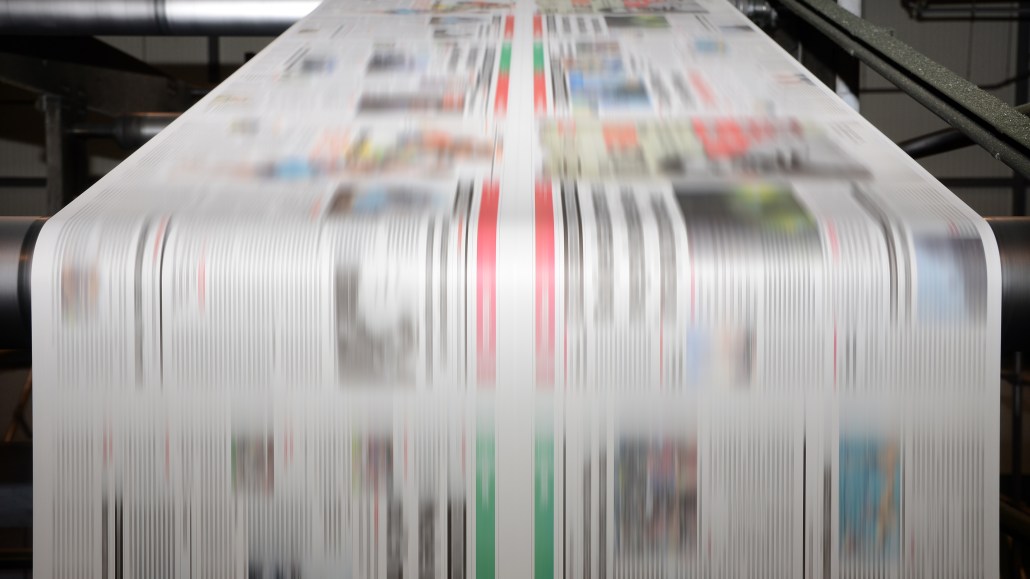 Success in digital publishing has become as much about content as it is the technology used to create it. Digital native publishers like Vox, BuzzFeed and Say Media have realized that publishing for the modern media climate also means creating a more modern publishing platform.

Vox Media, for example, has built its Chorus platform to respond to the exact needs of its writers. These features include a text editor that shows writers relevant licensed photos, software that automatically adds story metadata, and baked-in story assignment features.

Say Media, which runs sites like ReadWrite and XoJane, offers a similar feature set with its own CMS, Tempest, which is a product of its 2010 acquisition of blogging service Typepad. Tempest offers tight, well-designed story templates that work well on both mobile and the Web. And on the back end, the CMS is designed to integrate advertising, content, community and even commerce features into a single platform.

But while Vox Media is only using its CMS in-house, Say Media is taking things in another direction by opening up its technology to third-party publishers who want to create content with it. Say Media didn’t say how it will structure its deals with publishers but did note that it won’t follow a traditional licensing model. The company also plans to offer partner publishers the option of joining its ad network, which already includes hundreds of sites.

At its core, Tempest and Chorus are all about making it easy for publishers to create story experiences like Snowfall, the 2012 New York Times story that has become synonymous with elaborate interactive digital presentations. Creating Snowfall-like articles takes the sort of time and resources that few publishers these days have.

“Snowfall set a standard for what was possible for feature-article layout in digital, but it took six months and north of $100,000 to make, as I understand it,” said Matt Sanchez, CEO of Say Media. “We need to build tools where people can create those kind of powerful experiences much faster and cheaper.”

While the company expects to announce its first partner sites this summer, its efforts already have some momentum. In February, it partnered with A+E Networks to bring Bio.com and LifetimeMoms.com onto the Tempest platform. That shift has already increased time-on-site by 50 percent for both properties, the company said.

“From an editing standpoint, the ease of producing a piece of content and programming promotional elements has been an astonishingly easy process compared to our previous CMS,” said Laura Grimm, editor-in-chief of Bio.com.

Tempest’s advantages extend to the advertising side as well. Via its custom “adaptive ad” unit, Say Media integrates advertising into content in a way that feels natural for the reading experience. By giving brands larger real estate to advertise, Tempest approximates the look and feel of magazine advertising. That means bigger ad dollars.

Tempest hints at what WordPress might look like if it had been designed by a publisher, not a tech company. While WordPress has become the world’s most popular blogging system — it powers 60 million sites on the Web — it’s not built to fill all the needs of the big publishers who build on top of it. As a result, any publisher using WordPress inevitably has to cobble together a series of plugins to create the kind of functionality they’re looking for.

Ultimately, WordPress can’t be all things to all people, a reality that has opened up the blogging platform market to alternatives like the commerce-minded Squarespace and, maybe, even the publishing-minded Tempest.

Still, WordPress itself seems like its inching towards creating the sorts of story formats made possible by Chorus and Tempest. On Thursday, WordPress parent company Automattic announced is acquisition of Scroll Kit, a startup best known for using its platform to recreate Snowfall in only an hour.

“Today’s CMSs were made during a different time for media,” said Sanchez. “These modern publishing stacks —  Tempest, Chorus —  are responding to the changes over the past few years and thinking holistically about how to address them.”