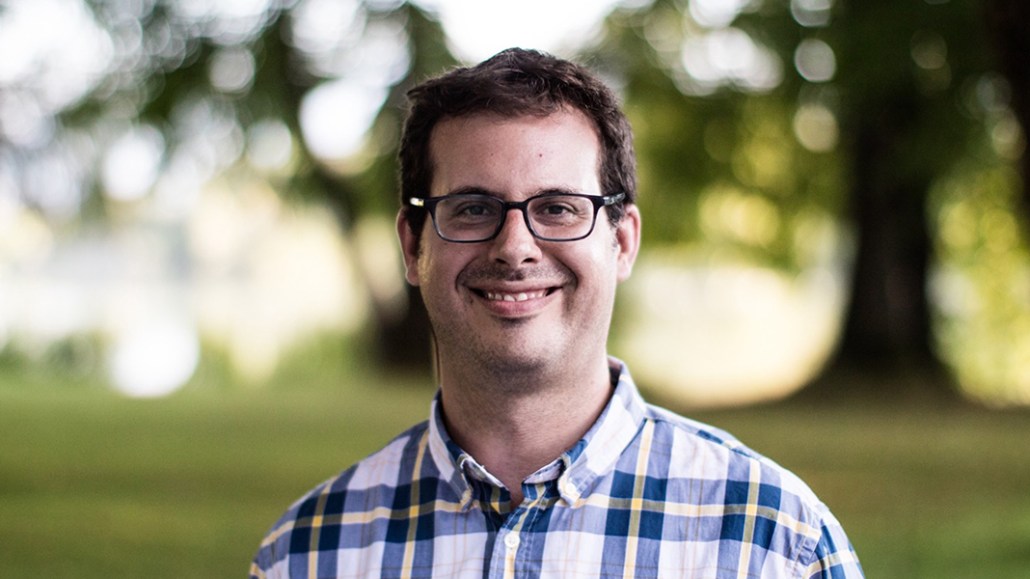 The idea of journalists being replaced by bots seems downright terrifying. But Nicholas Diakopoulous wants people to stop worrying.

In a new book, “Automating the News: How Algorithms Are Rewriting the Media,” he argues that far from destroying jobs in journalism, artificial intelligence appears to be creating them.

Digiday caught up with Diakopoulous, who oversees Northwestern University’s Computational Journalism Lab, to gain his perspective on how AI will affect journalism and more generally the media world in the years ahead. This interview has been edited for length and clarity.

First things first. Will AI take away journalism jobs?
One of the early things about AI in the newsroom is that everyone was worried it would take away jobs. That really wasn’t what I found in my research. It’s estimated that only 15% of a reporter’s job and 9% of an editor’s job could be automated using technology.

We’re not talking about entire jobs going away. We’re talking about tasks, things that a person might do over the course of a day being done by algorithms instead: recording, listening and responding; negotiations with sources; pushing back. AI can’t do any of those things.

AI can often augment the work that journalists do. It can make people more efficient. It can enhance the quality of journalism processes.

We should think about the hybridization of journalism and automation. We should not be so afraid of jobs going away as much as jobs changing, new roles and new tasks emerging. And more [often] than not, what I found in my research is that AI creates new types of work.

What will these jobs look like?
Take the Associated Press’ automated writing program. Its systems create new tasks where people have to configure systems and add parameters and knowledge bases. They have to [compile] data sets and write templates. It’s a distinct activity from the normal writing process that journalists would have.

These new types of tasks are more data oriented but also editorial in nature. [They] might not look like today’s journalism jobs, but they’re not purely technical jobs. They’re hybrid jobs.

How much hybridization will this involve? That is, how much of the work will be automated and handled by AI and to what degree will the tasks be handled by humans?
We’re still sorting that out. Hopefully these jobs will be human centered to enable work that human journalists need to get done, and it can take a lot of forms.

With automated writing systems, journalists need to write with what I refer to as an “alien word processor,” which allows for inserting data and logic. That’s a different type of writing that requires journalists to learn to write or think in a slightly different way. To do that kind of template writing, organizations might look for journalists who have an affinity for data or writing in more abstract ways.

I could probably teach a whole class on this: What will Writing 101 look like for automated writing? We will see more automated writing systems; the BBC will cover the upcoming elections using semiautomation, for instance.

There’s also this notion of editorially informed automation, taking core journalistic values and thinking about how we incorporate those values into the algorithm and into automation. An example of this would be a public-service recommender algorithm for a news feed that curates content. AI is a new medium in which journalists can express and inject their editorial values through code that they invent.

What are some other ways we’ll see more automation in journalism?
One thing we’re researching in the lab is whether we can personalize article content itself. Can we adapt writing to the reader’s location or preferences? Can we organize facts in a different way to appeal to different kinds of people? We’re exploring some different applications of that.

The New York Times blog said that its editors pick sections of the homepage to be personalized and localized. Based on where you are visiting, it might chance the selection of editors’ picks they show you. They saw a 55% boost in click-through rate when they did that.

My own opinion is that as organizations like the Times adopt more of those approaches that we typically associate with Google, Facebook and Apple, there’s a really interesting opportunity for having an algorithm curate content differently for different people and there are opportunities to build tools so editors can make better informed decisions about content.