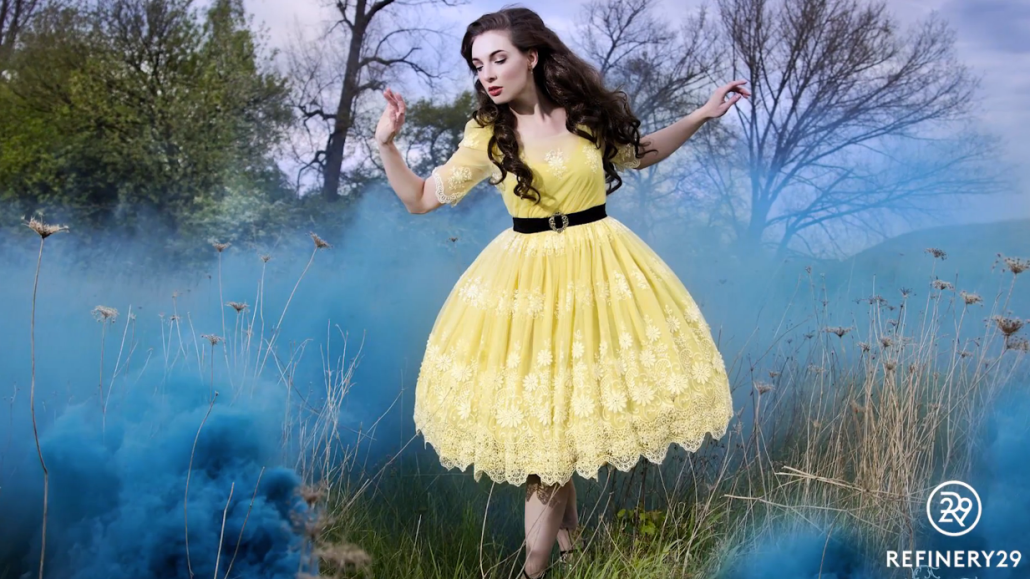 To differentiate itself from publishers like Vogue and Glamour, Refinery29 is taking cues from Anthony Bourdain’s “No Reservations.”

Over the past few weeks, fashion and lifestyle site Refinery29 has been rolling out its latest video series, “Style Out There.” Like wandering foodie Bourdain, “Out There” host Asha Leo trots the globe to document the world’s fashion subcultures, from Brooklyn’s Hasidic designers to the matching couples of Seoul, South Korea. Across the six episodes, which run seven or eight minutes each, Refinery29 tells stories ignored by “traditional” fashion publications. The series shows off the fashion site’s production chops, demonstrating its big ambitions in the digital video space.

“I don’t see Condé Nast producing [the Hasidic fashion episode],” said Refinery29 co-founder Philippe von Borries. “We’re touching people living at the fringes, talking about people who oftentimes get a bad reputation. … We grew up with that in our DNA.”

Since opening its doors in 2005, Refinery29 has grown to 200 employees, including a 10-person video production team. The site attracted nearly 11.1 million U.S. unique visitors in September, up 75 percent from September 2013, according to comScore. In the same period, Glamour had 4.9 million uniques and Vogue had 2.8 million, which means Refinery29 eclipses the combined digital audiences of those Condé Nast properties.

But video viewership stats tell another story: Refinery29 served just 27,000 video views on its U.S. desktop site in September, comScore data shows, compared to 8.6 million views for Glamour and 1.4 million for Vogue (on Condé Nast’s “The Scene” video hub). On YouTube, Refinery29’s channel racks up 638,000 monthly views, while Vogue and Glamour each get just under 1.5 million on their main channels, according to analytics platform OpenSlate.

Refinery29’s co-founders expect high-quality series like “Style Out There” to boost video consumption, which is becoming a sizable revenue stream for the media upstart. The publisher raked in close to $9 million in advertising revenue in September, according to the company, around 10 percent of which stemmed directly from video revenues. But indirectly, video accounted for a much larger portion of Refinery29’s revenue, said Refinery29 co-founder Justin Stefano.

“There were plenty of deals where the reason a brand bought in was because we had a great video asset tied to the campaign, even if 70 percent of that revenue was going to other formats,” he said.

Refinery29 is a good fit for apparel retailers like Old Navy, which collaborates with the site on branded video content, like this two-minute explainer on “how to wear plaid pants outside the country club.” But the publisher also attracts non-fashion brands like Lenovo-owned Motorola, exclusive sponsor of “Style Out There.” As peripheral material to the six core episodes, Refinery29 produced several one-minute clips showing host Asha Lea using Motorola’s latest Android gadgets to explore cities from Amsterdam to Tokyo.

“We have found [Refinery29] has a unique and distinct voice in the space,” said Adam Shlachter, chief investment officer at DigitasLBi, which negotiated the Motorola deal. “They connect well with their audience, who are younger and more social [than other fashion publication readers].”

Refinery29 relies on those active social followings to drive viewers to its videos, whether they’re hosted on the site, on YouTube or, increasingly, on Facebook itself, where Refinery29’s page has nearly 1.8 million likes. It has relied solely on organic promotion for “Style Out There,” which is closing in on a million total views across the full episodes and assorted clips posted to social platforms, according to the company.

“We decided it was better to invest in higher-quality, richer content and get the distribution to happen organically, and so far we’ve been seeing that happen,” said Stefano. “In the future, though, we will have larger distribution budgets associated with [our video series].”

Refinery29 doesn’t care too much where you watch its videos, as it generates the majority of its video revenue from branded integrations. Right now, between 30 to 40 percent comes from pre-roll ads, estimated von Borries, a figure that will shrink next year as it grows its branded experience team.

“We’re writing a new chapter in history when it comes to digital media companies monetizing beyond the pageview,” he said. “Going into next year, we expect the branded piece to be a bigger part of the business, so we push our video onto every platform we can. … It’s a crowded space that we’re in, and we want to make sure the brand halo of Refinery29 rises above everyone else.”