Why Quartz is learning to love the homepage 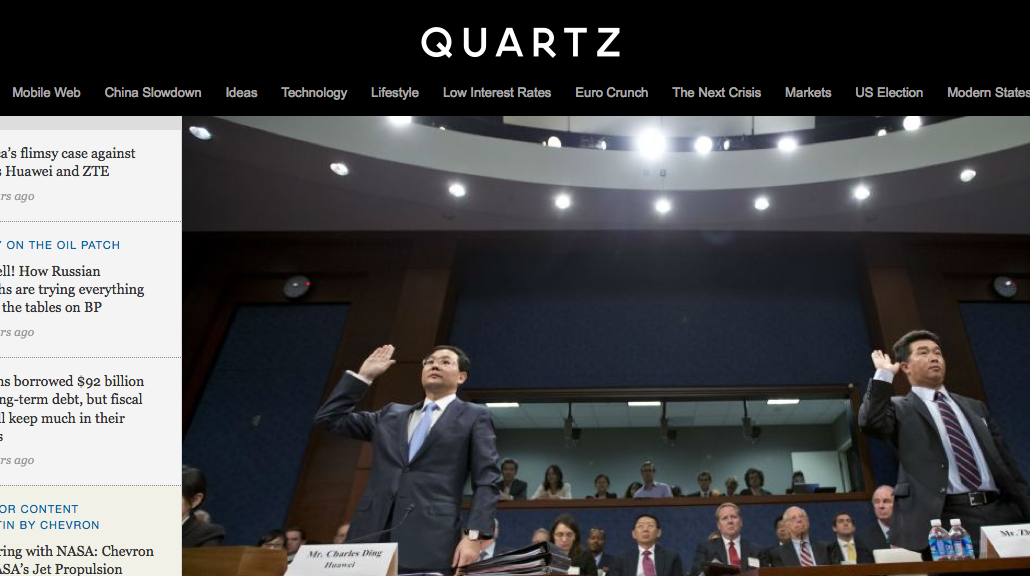 While some publishers have de-emphasized the homepage as visitors increasingly come through social side doors, Quartz going in the opposite direction: It plans to refresh its landing page by the end of the year.

Quartz only introduced a homepage in 2014, and a pared-down one at that. Modeled on its Daily Brief email newsletter, its homepage consists of an updated stream of stories.

But with Quartz’s 60-strong global editorial team pushing out 50 to 60 pieces a day, the 3-year-old site wants to make more of its content visible, with more links and ways for readers to move around the site, according to Jamie Labate, Quartz’s digital director across EMEA (Europe, Middle East and Africa). Traffic to Quartz’s homepage has remained steady, at 10 percent of traffic, and the idea behind the refresh is to boost return visits and loyalty with those readers, he said.

“We’ll maintain the style you expect with Quartz,” he told Digiday. “We’re keeping it visual and simple. The content will be front and center, and the continuous scroll will still be there.”

Quartz’s increased content has come in part thanks to its global expansion. About half of Quartz’s 15 million global monthly unique visitors come from outside of the U.S. The publisher launched in India in March 2014 and now gets about 500,000 monthly uniques from that country (comScore). Quartz Africa followed this summer and plans to grow its readership there to 1 million monthly uniques within a year.

Some of Quartz’s native ads, called Bulletins, have performed as well as editorial content, averaging seven to eight minutes of engagement, according to the publisher. But these formats take a lot of time and resources to create.

Expanding its global footprint also will require making sure the coverage reflects that ambition, Harris said. “A lot of the content [on Quartz] is still very U.S.-focused,” he said. “The Huffington Post has been incredibly successful because its editorial team is culturally diverse. Brands with a global remit will find it difficult to go up against that content.”