Why some publishers pass on responsive design 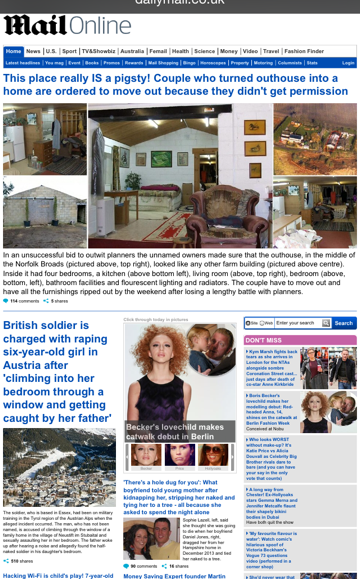 In a multi-device world, only an unreconstructed Luddite would argue against having responsive design.

Or so you’d think. While top U.K. publishers like The Guardian and BBC have fully responsive designs, many others — MailOnline, Telegraph Online and The Independent — haven’t gone the responsive route. Instead, they’ve chosen to remain faithful to their existing desktop sites, which requires some users to pinch and zoom their way through the news.

But this isn’t a case of gross negligence; it’s a strategic choice. In some cases, publishers have found users prefer the normal desktop experience, even if it requires some work. MailOnline has found this with its popular homepage, for instance. And despite the vogue for responsive design, there are still tradeoffs when it comes to ads. 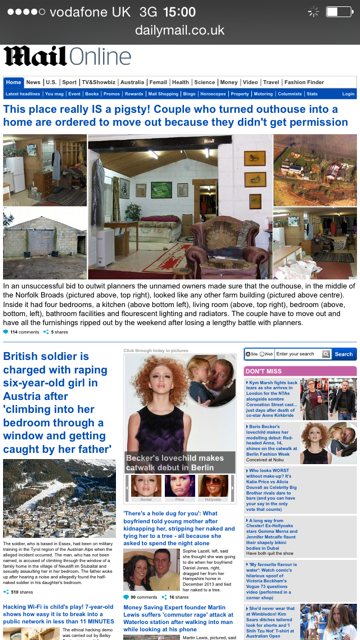 “Very often, in fact, fully responsive sites can be suboptimal for bigger screens,” said Dietmar Schantin, founder of The Institute for Media Strategies, a consultant to European publishing companies.

Dennis Publishing currently has two fully responsive sites in its portfolio. But having conducted lots of tests with users of different sites, some expressed a preference for the full desktop experience over responsive alternatives. Other publishers are adopting a halfway approach, too. This means opting for responsive design for mobile screens up to seven inches, then offering a different experience for anything bigger than small tablets.

“Responsive design is definitely the way forward in the long run, but it’s important not to take the decision lightly without conducting tests,” said Paul Lomax, Dennis Publishing’s chief technology officer. “Some publishers will wait in the hope they’re the second mouse that gets the cheese.”

There are, of course, plenty of upsides to fully responsive websites for publishers. The BBC argues it’s more cost-effective to run a single platform for all devices rather than multiple ones. Google also has a preference for screen-optimized sites: “Mobile friendly” is written beneath its mobile search results to help direct their users to optimized sites. It has also been favoring sites with low bounce rates — a clue from users themselves as to whether the site works well for them.

Ad revenues also have something to do with it. Ad formats that work across a multitude of screen sizes aren’t as commonly used as standard ad units. With the rise of programmatic, agencies often prefer not to have to create custom-sized creative for a multitude of sites. Responsive sites could risk missing out on some ad spend in the short term.

“Responsive ad units are a logical progression from dynamic ad units used in standard formats,” said James Hudson, head of digital at ZenithOptimedia U.K. “We will see these units becoming the norm.”

That’s the bet for many publishers. The Guardian just wrapped up an arduous, 18-month site redesign that is fully responsive, including its ads. Similarly, Condé Nast Britain created a responsive ad unit to help advertisers place one piece of creative across different screen sizes.

“Sites are still testing responsive structures themselves, which actually makes the environment for the units quite buggy,” said Hudson. “It is currently seen as a bespoke solution akin to an integration with specific sites. Currently, the infrastructure is not there to allow us to run this type of activity at scale. However, we are keen to help clients and creative agencies to understand the opportunity and potential routes this could open up during 2015.”