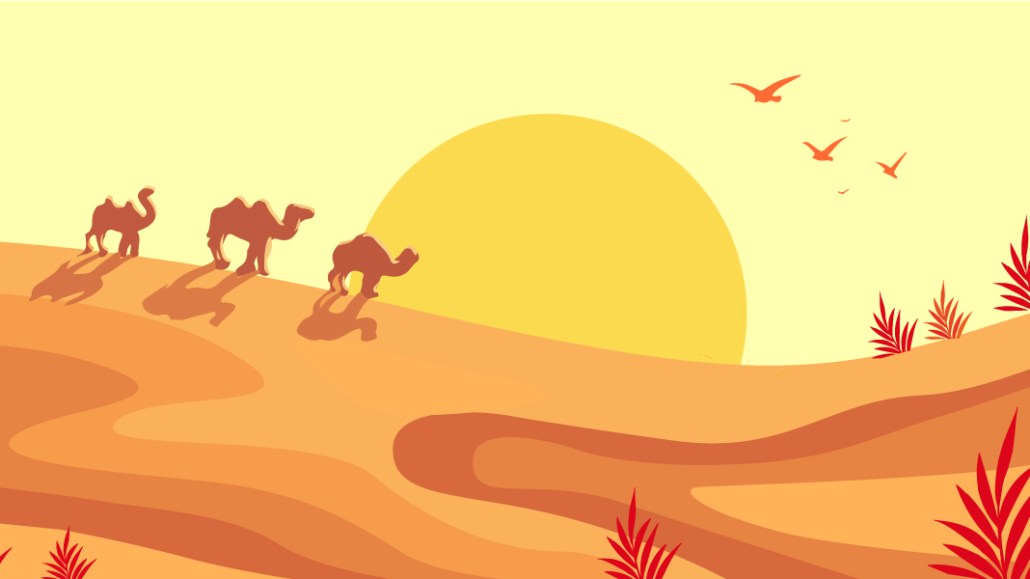 The countdown to the 26th United Nations Climate Change Conference (COP26) — arguably the most significant meeting of world leaders to discuss climate change since the Paris Agreement was signed in 2015 — is underway, and publishers want to capitalize that attention with a boost in coverage leading up to the major summit.

July 2021 was determined to be the hottest month on Earth in 142 years of record-keeping.

Last week’s Climate Week in the U.S. — a series of speeches, awards, presentations and protests organized by The Climate Group — coincided with the United Nations General Assembly gathering in New York City to discuss the critical issue of climate change around the globe. The COP26 conference, which will be held in Glasgow in November, will focus on countries’ plans to cut carbon emissions. The topic is urgent: July 2021 was determined to be the hottest month on Earth in 142 years of record-keeping. United Nations Secretary-General António Guterres said recent climate data signifies a “code red for humanity.”

The Media and Climate Change Observatory — which publishes monthly updates of media attention to climate change or global warming — found that coverage of these issues in August 2021 was the highest in more than a decade. However, climate change coverage is lagging in the U.S.

U.S. print coverage of the issue was down 0.2% and TV coverage decreased 10% in August 2021 compared to the previous month. It’s unclear how coverage is defined — including whether it includes full stories on the topic or only mentions.

While there is still work to be done, some media companies have invested in new climate verticals in the past year. Financial Times’ Climate Capital hub launched in January, for example, and Bloomberg Green went live last year. A new digital publication called Cipher dedicated to covering the climate crisis will launch on Sept. 29, backed by a climate advocacy group called Breakthrough Energy, created by Microsoft co-founder and philanthropist Bill Gates.

Below is a round-up of what publishers are working on ahead of COP26.

The October issue of Bloomberg Green’s print magazine will feature a dedicated special section on COP26. Climate vertical Bloomberg Green will lift its paywall and provide free access to its content throughout the duration of COP26. It will also host multiple live events the week of Nov. 8.

Condé Nast is perhaps the most ambitious when it comes to media companies’ impact on the environment. It is working on becoming a carbon neutral company by 2030. As of September 2021, its offices in London, Germany, Italy and Spain have transitioned to 100% renewable energy, according to Alice Pilia, senior policy advisor at Condé Nast, who oversees sustainability efforts across the company. Condé Nast is exploring transitioning its offices in other markets to renewable energy sources, such as in France and India, Pilia said. Condé Nast has reduced its single-use plastic packaging (specifically, its magazine plastic wrapping) by 82% and is on track to get to 90% by the end of the year.

Two weeks ago, the industry body Science Based Target initiative approved The Economist’s goal to cut carbon emissions by at least 25% by 2025. The Economist will debut an eight-episode, climate change-focused podcast on Sept. 27 called “To a Lesser Degree,” hosted by global energy & climate innovation editor Vijay Vaitheeswaran. This week, The Economist is launching a brand campaign to market its editorial climate change coverage in digital, print and audio. The week of Oct. 25, The Economist’s editorial team will publish a special report on what it will take to stabilize the climate. The Economist is also hosting a virtual summit from Oct. 4 through 7 called “Sustainability Week: Countdown to COP26,” which will feature global corporations, policymakers and investors who are committed to reversing climate change.

Nov. 3 will be “FT Open Day,” when the publication’s paywall lifts to provide readers with free access. This year, the date was chosen to coincide with the UN Climate Change Conference in Glasgow, when demand for climate-related reporting “will be heightened,” said Marie Goddard, FT’s director of customer marketing. (During the 2019 Open Day, traffic to FT was 25% higher than normal; the FT did not have an Open Day last year.) Since the launch of the FT’s climate hub Climate Capital in January, the FT’s page views of climate content have more than doubled, according to Goddard.

Marie Claire U.K. recently published a guide on COP26, with recommendations on how readers can get involved. Marie Claire U.K.’s Sustainability vertical has seen traffic grow 351% year over year, according to the company, and launched its Sustainability Awards in July. James Nieves, head of U.S. trade marketing at Marie Claire UK’s parent company Future Plc, said advertisers supporting the publisher’s sustainability and climate coverage are in the CPG, QSR, automotive and beauty and fashion categories.

“The New York Times Climate Hub” will be a nine-day event held in Glasgow and virtually, alongside COP26. It’s the first event of this scale for The Times, according to a spokesperson. It will feature more than 70 events — including panel discussions, workshops, community-curated sessions and film screenings — on COP26 negotiations, the future of biodiversity, personal e-commerce footprints and the role of democracy in climate action. On Sept. 23, The New York Times hosted a virtual event with Times journalists and experts for the latest episode of “Netting Zero” to discuss the future of international air and shipping freight and how to reduce the carbon footprint of trade. On Sept. 20, culture reporter Cara Buckley joined the Times’ Climate desk to cover stories on scientists, entrepreneurs and policy makers working to improve the environment.

NowThis’ climate coverage drew 600 million video views last year. In addition to daily coverage of COP26 for NowThis Earth, its climate-focused vertical, the publisher will produce explainers breaking down the event for its young audience.

Views on Earth and conservation content from Seeker grew 80% year over year in 2021, according to the publisher. More than half of Seeker audiences (55%) say climate change and the environment is their most pressing political issue, according to the results of a 2020 study by Seeker. Seeker curated a climate-focused playlist on YouTube with a dozen Seeker videos for Climate Week.

The Washington Post hosted a virtual conversation with conservationist Jane Goodall on Sept. 22, where she discussed her expectations for the COP26 summit. The Post recently announced Maxine Joselow will author the new “Climate 202” newsletter covering climate policy that is slated to launch in early October.